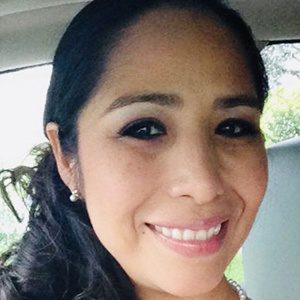 In the intensive care unit (ICU), patients and families learn coping mechanisms to deal with stressful events and potential changes in their lives; however, the length of stay and complications can lead to ICU delirium.

As an ICU nurse, I have seen and cared for patients with delirium. They gradually manifest behavioral, cognitive, and emotional disturbances. Fortunately we use assessment tools, implement strategies, administer antipsychotic medications, and involve family members in the management of delirium. However, what do we do if the family member is showing those same signs of delirium? How can we treat him or her? Who do we call? How can we prevent it? I started asking these questions in 2018 while taking care of Mrs. S. in the Tampa hospital where I work.

Mrs. S. was a 70 year-old woman admitted with advanced thyroid cancer. She received a poor prognosis at a local hospital in South Miami where she and her family resided. Mrs. S. and her husband drove to Tampa for a second opinion, hoping to find a specialist who would operate and remove a large neck tumor. Unfortunately, despite multiple tests and non-surgical interventions, Mrs. S. became progressively sicker as the tumor grew. During her 4 weeks of hospitalization she had to be mechanically intubated. She developed infections, arrhythmias, acute kidney injury, and an ileus. However, regardless of her physical decline, she was always alert and mobile.

On the other hand, Mrs. S.’s husband gradually started to show signs of delirium. From the beginning, he refused to leave her bedside. If a procedure had to be done he would go to the nearest waiting room or just stay outside the ICU doors. He would use the room’s bathroom, and go to the closest vending machine for snacks.

Mrs. S. expressed her concerns about her husband’s health a few times. She reminded him about his medications and would encourage him to take periods of rest. However, he didn’t change his behavior. It became noticeable that Mr. S. wasn’t sleeping. He was confused, forgetful, repetitive, and irritable. Bedside nurses, doctors, and managers approached him and expressed concerns. We vainly encouraged him to take breaks, walk, or eat his meals, provided by the unit, in the cafeteria.

As the days went on, Mr. S. became increasingly more anxious. Mrs. S., who was at this point orally intubated, managed to calm him down and somehow restrain his behavior. However, she could not convince him to take care of himself.

Weeks later, Mr. S.’s symptoms of delirium escalated to the point of hallucinations. He became verbally abusive and accused some personnel of harming his wife. On one occasion he called hospital security and accused a staff member of inappropriate behavior. The incident did not escalate and was dismissed since Mrs. S. was able to deny such accusations. Nurses, doctors, and managers talked with Mrs. S., her husband, and, by phone, their daughter. Together we developed a plan of action to help Mr. S. to take periods of rest—the daughter was able to come to the hospital and stay with Mrs. S.

I’ve learned both from my own experience and from my peers’ that often, families refuse to leave the bedside for various reasons. They report feeling “guilty” for leaving even to take bathrooms breaks. They fear not being present during the progression or decline of their loved ones and/or miss crucial information. They want to be there to voice their family’s needs, concerns, or provide information they believe could be miscommunicated. In essence, they’re afraid their loved ones won’t receive the care they deserve.

I could find no research related to delirium in family member, likely because of the complexity of such a potential study and because medical personnel may overlook or ignore symptoms, or attribute the symptoms to an unpleasant personality. We should be aware and expect that patients and their families go through a roller coaster of events while being haunted by the uncertainty of the outcomes. Therefore, we must find optimal ways to support families and prevent cases like Mrs. S.’s husband.

Experienced nurses are able to recognize, address, and hopefully prevent this underestimated problem that has become a burden for the bedside nurses. By using the same assessment tools we use for our patients, we can recognize when family members present sign and symptoms of delirium. We can also acknowledge that the elderly population is at higher risk due to their potential cognitive decline and multiple medical conditions.

Some of the interventions we can use to prevent delirium in family members include talking with families about the importance of break times and periods of rest. Provide information of places nearby where they can go for a walk. Reassure them that their loved one’s needs will be satisfied. Reiterate that they will be called if any change patient’s condition occurs. If appropriate, consult the pastoral care department for spiritual support and advice. If symptoms of delirium occur, involve other family members so they can take turns staying at the patient’s bedside, if possible.

Mrs. S.’s husband was clearly mentally and physically exhausted. Fortunately, thanks to the interventions and collaborative care and involvement of medical staff and family, he was able to leave the unit and rest comfortably in a hotel room, as well as take in fresh air. Mrs. S. left the hospital with her husband next to her 4 weeks after admission. She left with a big smile, thankful for the care she received and with hope to find the cure to her illness.