If you’re grateful and you know it clap your hands! 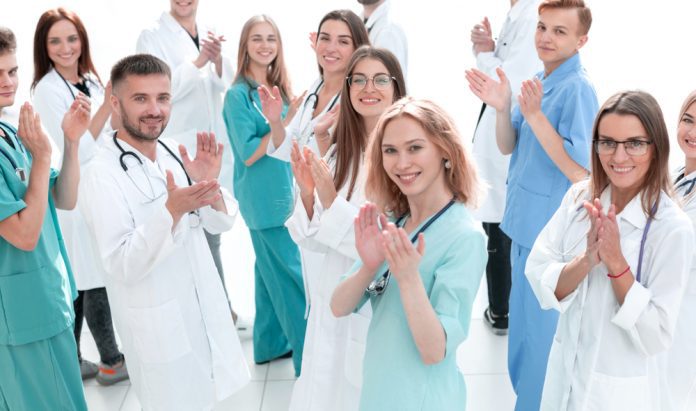 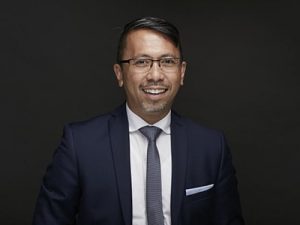 It starts with a distant sound of palms smacking together, then joined by more doing the same, leading to an undeniable crescendo of applause. Thrown into the mix are hooting, honking, whistling, and clanging of familiar kitchen equipment, seemingly coming out of nowhere and everywhere. As if summoned by a contagious energy, I lean out my window and clap, joining the quarantined masses in apartment buildings in a 2-minute burst of acclamation for all frontline workers in this pandemic. This 7 PM clapping is fast becoming a nightly encore performance by a hidden audience of unseen performers for, literally, death-defying acts, at the bedside and beyond.

Why do people clap?

This collective display of encouragement prompted me to look into the history of applause. A 2013 article in The Atlantic examined the sociopolitical underpinnings of clapping. A biblical reference to clapping can be found in Psalm 47. Politicians of the Roman Empire would take the pulse of their popularity based on the applause they inspired when they entered an arena. Somewhere along the way to our century, clapping has been formalized (applause only at the end of a movement during an orchestral performance, as a sign of sophistication), monetized (people got paid to applaud at theatrical performances in 19th century France), and mechanized (canned applause in TV shows).

Beyond the anthropologic understanding of smacking hands together, I’d like to think that clapping is deeply ingrained in our genetic ability to communicate, set in infancy (babies are prone to clapping). Applause as accolade is a uniquely human gesture, closely related to dispensing approval and gratitude. When we are overjoyed by a performance, the rhythmic staccato of clapping easily mimics the beating of the heart.

Lending a hand or two

Frontline healthcare workers are not typically seen as performance artists, although the virtuosity involved in certain medical-surgical procedures demands the exacting precision expected of an Olympic gymnast or a concert pianist. When members of a surgical team emerge from the operating suite, they are not usually greeted by a round of applause. A patient who recovers from life-threatening conditions is not sent off with a cheering squad lining the corridors dutifully applauding as the patient is wheeled out of the hospital.

So, what is different in time of pandemic?

The ravages of COVID-19 have thrown us all into a global lifeboat that did not have enough life jackets. As in any pandemic, death is, unfortunately, inevitable. But with reports of frontline workers dying in large numbers, the public had to recalibrate its civic duty to protect our collective physical and emotional safety. It became apparent that it is not enough to simply shelter-in-place. We also needed to shout-out-in-place to those who risk their lives for others.

In the advent of 9/11, New Yorkers and the world made pilgrimages to fire houses all over the city. Makeshift altars sprung up all over town allowing us to grieve and give gratitude. The quarantine restriction has robbed us the solace in being with one another in person in times of crisis. The 7 PM (8 PM in Europe and elsewhere) clapping is our once a day audible communion with our neighbors and the world at large to actively choose to practice gratitude. In clapping together, we are simultaneously the actors and spectators of human becoming.

It is right to give thanks and praise

Typically, we applaud in real-time with live performers. This is why we rarely burst into thunderous applause in a movie house. The mystery of the clapping-in-shelter started in China, the original epicenter of the pandemic. Variations on these eruptions include collective musical performances on balconies in Italy and Spain and the nationwide singing of the Welsh national anthem. It is apparent that the human capacity for thanksgiving and solidarity is endlessly creative and tenacious. The world is craving for hand-made appreciation with no artificial flavoring, just the smacking of the palms. It is time we give credit to where credit is due.

The papers report on the staggering numbers of deaths due to COVID-19, with many more anticipated. It is possible that some people may not feel grateful, especially those who have lost their loved ones. I have no pretensions to know the answers to the existential and moral questions on the meaning of suffering, but this quote by Viktor Frankl, the holocaust survivor-turned-psychiatrist, might offer some consolation: “When we are no longer able to change the situation, we can challenge to change ourselves.” I clap not because I am expected to but because I am moved to do so. I clap live because an emoji is an insincere ersatz appreciation for an unimaginably complex undertaking. I clap for those who can’t. I clap because I have time in my hands, and that, in and of itself, is a good reason to be thankful.

Gerber M. The Atlantic. A Brief history of applause, the ‘Big Data’ of the ancient world. 2013. theatlantic.com/technology/archive/2013/03/a-brief-history-of-applause-the-big-data-of-the-ancient-world/274014/