Nursing my vacation: How being a nurse (almost) ruined my dream vacation 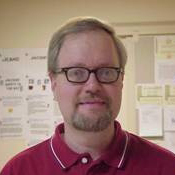 On a hot summer evening during my recent post-doctoral dream cruise, I was preparing to relax and enjoy a show in the beautiful, fabulously-appointed lounge when, above the excitement and din, I heard the unmistakable, discordant sound of a human body hitting the marble floor. In fact, the dull thud of a head making contact with an immovable object was one any nurse would recognize. It was immediately followed by the sickening sound the cry of a young child that quickly grew from a whimper into a crescendoed, pitiful scream.

I instinctively jumped from my seat and ran in cartoon-esque fashion to the back of the lounge—my legs seemed to be moving faster than my body. As if in slow motion, however, I noted the bewildered stares of my traveling companions in the seats around me. Before the first “where are you going?” reached my ears, I was already at the back of the lounge and at the side of a very young boy who was now holding his head and staggering to get to his feet. “Please don’t move. I am a registered nurse” I told him and the small group of people standing around him. I don’t know why, but I expected everyone to stop and actually allow me to assess the ‘patient’ and intervene. After all, isn’t that what nurses do? Before I could react further, a firm hand gripped my shoulder and two crew members authoritatively said “step aside.” One of them leaned down, quickly helped the boy to his feet, patted him on the head and simply said “you’re all right, son. Now be a good boy and run along.” “No, no, I said” and once again asserted “I am a registered nurse. He shouldn’t be moved yet….might need a cervical collar…an X-Ray and evaluation…at least!” I was so incredulous I can’t recall their exact words, but the crew quickly turned their attention to me and delivered the same, but slightly revised and more mature version, of the “now run along” message and concluded with “…now go have some fun and relax! Don’t worry about it. That’s what we’re here for.”

Although it seemed to last an eternity, the whole incident from start to finish lasted less than 30 seconds. I stood in stunned silence in the same spot for a least three times that length of time until two friends in my party came and retrieved me. Needless to say, I discovered it was far easier to be instantly transported from vacation mode to nurse mode than vice versa. The much-anticipated show now seemed much less important; all I could think about was the boy. A patient…er….a passenger fall? Where was the incident report? Follow up? Wasn’t there a medical center on board? We’re in international waters…should I follow the staff’s advice, stop being such a nurse and really just enjoy myself?

The answer was ultimately no. I could not stop being a nurse for either that one moment, that evening, the duration of the cruse, and I expect even a lifetime. Needless to say, based on the crew’s less than robust response to the incident, I had a much different perspective of myself, the passengers, crew, and surroundings, and for the remainder of the trip I noticed things I might not have before.

Later that evening, our party went to the Lido Deck for dinner. Prior to the cruise, we decided to avoid the formality of the main dining room and in yet another pre-planned attempt to relax, we chose to eat as often as possible in the Lido’s come-as- you-are atmosphere. By the third night, however, I began to notice the food looked very familiar. For example, tonight’s ‘beef stroganoff’ seemed to be the previous night’s steak cut up and smothered in a rather tepid sauce. In fact, I found much of the food was neither hot nor cold, but uncomfortably lukewarm. Although I was raised in a ‘clean plate club’ family, on this cruise I freely disposed of lukewarm food I felt should either be fold or piping hot. Noting the items were packed in ice, I choose to eat often from the salad bar and then select fresh made-to-order items such as individual pizzas or grilled sandwiches. Incidentally, I politely asked several cooks and other food handlers to change gloves before they prepared my food, especially after I noted a ‘sandwich specialist’ pick up an item off the floor and then attempt to take my order without changing his gloves.

Each morning I woke up, enjoyed breakfast, and reported to the gym for an early morning workout. I noted there were no staff members on duty. It seemed the last time I cruised there was at least one attendant present to monitor equipment and answer basic questions. I looked around the large circular work-out area that hugged the ship’s stern. Just a few people, most of whom appeared quite overweight, very sweaty, and breathing heavily, were using the treadmills. I wondered if they were trying to work off some ‘diner’s remorse’ from last nights’ 4,000 calorie dinner in the formal dining room. Was it safe for them to be engaged in such strenuous exercise? Were they instructed in the proper use of the equipment? Was their heart rate in their “ideal” workout range or should they stop and take a break? I thankfully noted the most red-faced passenger finally step off his treadmill and stagger toward the exit. But oh stop worrying…just relax and enjoy yourself…

Outdoor fun and shore excursions also presented challenges. For example, by day 2 I noticed lots of very miserable, sunburned passengers. One of the first items I packed was a water-resistant SPF 70 sunblock, which I chose specifically for my fair skin. I applied it liberally on all exposed areas and really enjoyed being on deck and lounging by the pool. I remembered to pack sunblock during score excursions but others did not, based on the increasing numbers of sunburned passengers as the cruise progressed. During score excursions I also noticed the price of beverages was exorbitant. As an alternative, I re-filled water bottles on the lido deck and brought them along as en economical, yet effective means of staying hydrated.

After one very demanding score excursion, I returned to my state room to shower and noted the door was wide open. Although a vacuum cleaner and cleaning caddy were on the floor just inside the room, no staff members were present. Seeing my prized graduation watch perched in plain site on the credenza, I cautiously entered and sat on the couch for about 10 minutes until the nervous porter burst into the room saying “I’m here to clean this room…what are you doing in here?” “Um…this is my room” I replied. I told him I would leave but needed to quickly use the restroom first. Once inside the bathroom I noted a toilet brush, presumably the same one that was used to scour the sink, sitting directly on top of the bristles of my toothbrush, which incidentally, I had carefully placed on an unused washcloth so it would remain as clean as possible on the tiny counter. I was no less disgusted when I noted a similarly grimy scouring pad placed on top of the second of my traveling companion’s twice daily medication doses he had carefully laid out on a napkin. Stalling just a bit to make sure my watch and other valuables were placed in the safe, I also saw the porter pour disinfectant into the toilet and then use the water inside to mop the floor and then saturate a rag, which he used sloppily to wipe the shower stall, counter, faucet, and commode seat. Oh just relax and enjoy yourself…

I refrained from telling the story to the other members of my traveling companion, who incidentally, has a very low gross out threshold, but did tell him I ‘accidentally’ knocked the medications on the floor and advised him to leave them in their protective containers from now on.

Having just endured the eustress-turned distress of defending my dissertation and attending commencement and accepting a new position, I was looking forward to a relatively mindless week at sea. I specifically selected a cruise so I wouldn’t have to worry about any arrangements or manage details. Now, however, I was beginning to wonder.

Although I ultimately did manage to ‘relax and enjoy myself,’ I just have to pass along a few recommendations. I am certain if any group of nurses got together over coffee we could collectively come up with many more, but nonetheless here are mine:

Will I ever develop the ability of leaving my nursing identity behind on future vacations? I don’t think so. Nursing is what I do and a large part of who I am. I don’t know about you, but I just can’t help myself. I do intend, however, to arrive for my next dream vacation much more well-prepared and self-sufficient. Only then will I be able to nurse my vacation less and instead nurse my own need to engage in well-deserved self-care through rest and relaxation.

David Foley is an assistant professor of nursing at Cleveland State University in Cleveland, Ohio.

Twenty-two percent: That’s how many frontline RNs in the United States said, in a response to a recent McKinsey survey, that they may leave...
Read more
Blog

Florence Nightingale is usually the first name that comes to mind when nursing is discussed anywhere in the world. This great and inspirational woman...
Read more