From our readers: How mentorship affects retention rates of new nurses 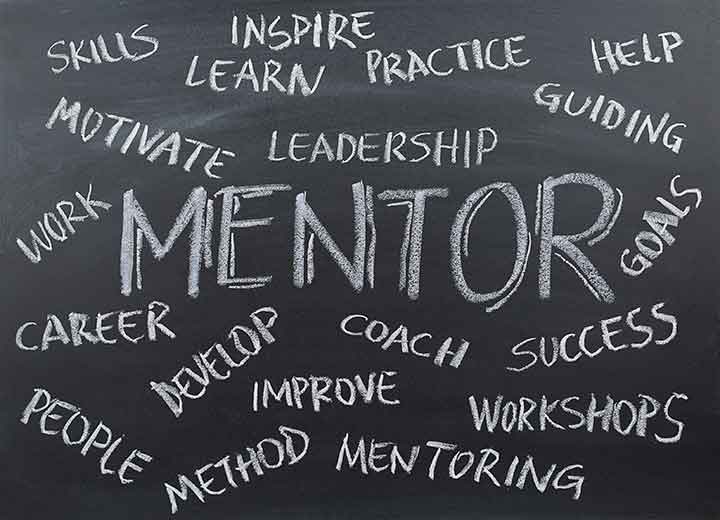 You likely vividly remember the day you learned you were officially a licensed professional registered nurse. You were excited to be able to apply all the knowledge and skills learned in nursing school into a “real world” clinical setting.

You may have faced feelings of uncertainty when you took your first nursing position. As a new nurse, you probably yearned for consistent guidance on the job. Even something as simple as a friendly face would have made a positive difference in your new position. Finding a way to support these feelings is something that becomes important on a daily basis in a new nurse’s work-a-day world.

Recent studies show that along with feelings of uncertainty that new nurses tend to experience in their new role, new nurses can also experience resistance in the form of more senior nurses “eating their young.” This type of behavior includes bullying and belittling from senior nursing staff on hospital units. This negative behavior can be attributed to the fact that senior nurses can perceive new nurses as a threat. The new nurse is literally seen as someone who is trying to move in on their “territory.”

As a new nurse trying to handle these negative behaviors, inner conflict is often present. The new nurse could be tempted to compromise his or her values and beliefs in order to “fit in” with the senior nurses and succeed. New graduate nurses will not stay in this conflicting environment for long, and they may seek other job opportunities and even change careers within the first year.

With the current shortage of new nurses, many healthcare facilities and organizations are now reviewing why new nurse graduates are not likely to stay in their new position. As a result, health care leaders and administrators are seeking creative new measures to recruit and retain new nurses, including the use of mentoring.

Here is an overview of some of the issues facing new nurses and the role of mentoring.

If you have ever had the opportunity to witness a hockey game, then you can appreciate how hockey is more often recognized for its brawls on the ice, versus the sport of the game. Hockey has even gone so far as to unofficially name select players as the “enforcer” and the “pest.” The enforcer’s job is to retaliate, often harshly and aggressively, against the opposing team. The pest’s job is to antagonize the opponent verbally and/or with facial expressions. The difference between the two is that while the enforcer may inflict bodily harm, the pest never touches the opponent. Much of the time, the referee does not notice the antagonism. These actions allow the opposing team member to be charged with a penalty. The end result is that the pest is never held accountable for his actions, triggering more conflict, and escalating an already tense situation.

In nursing, the pest and the enforcer can be synonymous with the senior nurse. Some of you may recall that when you first started out as a new nurse, there were nurses who were supportive, and there were those who basically wanted you out of their way. These actions may go unnoticed by the manager on a specific nursing unit, much like the referee on the ice. It is even more upsetting when the manager assumes the role of enforcer or pest.

While actual physical violence may never have been experienced, the effects of these non-physical acts of violence need to be acknowledged. The actions of these types of individuals are one of the major reasons that new graduate nurses experience turmoil when entering the workforce. Something needs to change.

Right now, you are probably visualizing someone you currently work with or have worked with in the past who could represent these positions. This type of violence can be defined as lateral violence or as nurse-on-nurse aggression. Unfortunately, nurse-on nurse aggression does not just relate to staff nurse to staff nurse, but can and often does involve administration as well.

Lateral violence is identified as non-verbal, or verbal attacks, undermining the individual to co-workers and administration, withholding vital information needed to perform the job, unfair schedules and assignments, sabotage, and backstabbing. These stressors can cause an unsafe work environment for not only the patient, but for new graduate nurses and co-workers as well. Inadvertently, medication errors and inaccuracies in documentation are often experienced. With nursing being one of the most trusted professions, these risks cannot be ignored.

A mentor in nursing is usually described as an older, experienced colleague with a nurturing personality who supports inexperienced, younger nurses in the early months on the job. Mentors can assist the new graduate with increasing their self-confidence. Recent studies have shown that a new nurse’s confidence increases within the first six months of participation in a mentorship program. In addition, by incorporating leadership initiatives such as inspirational motivation, individualized consideration, idealized influence, and intellectual stimulation, nurses and leaders can use mentoring to improve professionalism, confidence, and self-worth. The question we find ourselves asking is: “Among new nursing graduates, how effective is a mentoring program at improving retention rates compared to no mentoring?”

Research shows that turnover rates are high for new nurse graduates as a result of stressful work environments, coupled with inadequate support during the transition from student to professional practice. Orsini supports this finding in turnover rates of new graduate nurses between 22.6% and 60%. You may be surprised to know that the cost to replace a nurse is on average $42,000 to $64,000. These large dollar amounts can cause a financial strain on already existing problems in the healthcare organization, often resulting in budget cuts in raises and the hiring of full-time employees. These reductions in the workforce often result in senior employees leaving the organization due to workload strain and dissatisfaction. Overall, evidence shows that turnover rates for nursing are high and the cost to replace them is even higher.

The Joint Commission (TJC) has recognized the significance of lateral violence in the healthcare workplace and the need to retain nurses. Because lateral violence is often an organization-wide problem, TJC now requires that the solution have a similar organization-wide approach. Any plan for resolution of lateral violence must have a formal design with a managerial approach. A such as a mentor program can be beneficial as it assists the new graduate nurse by creating a positive and healthy work environment through the support of senior nurses.

At the Children’s Hospital in Boston, MA, a mentor program was developed to assist new nurses in the Cardiac Intensive Care Unit. Mentors were asked to volunteer and then given extensive training on such items as lateral violence, effective communication, and professionalism. The new graduates were able to choose from a list of individuals and both parties signed a contract of objectives and goals to be accomplished within the specified timeframe. When surveyed after 1 year, each party showed a positive response to the relationship and the hospital has even retained the new graduates.

In addition, other studies show that the implementation of a formal mentoring program can assist in retaining employees as well as improve job satisfaction. Participants in an evidence-based practice mentorship program have a lower nursing turnover rate as well as a greater satisfaction for the job than those who do not participate. The literature shows that the implementation of a RN mentor program has positive effects on the turnover rate as well as on employee satisfaction.

The role of each and every nurse is crucial to the success of the group in providing safe, quality care to their patients. Through the development of a mentoring program and implementation of educational lessons on lateral violence, new graduate nurses can be retained in the workforce, resulting in positive outcomes for not only the patient, but the new graduate nurse as well. As organizations face scrutiny of their efforts to combat and eliminate bullying, realistic solutions and effective programs are crucial. Mentoring is an excellent opportunity for organizations to demonstrate their commitment to change and reap positive effects through increased nursing job satisfaction, decreased nurse turnover, and positive organizational loyalty. As mentoring becomes more common in healthcare organizations, the broad benefits of such programs will become visible and nursing will cease to eat its young. Will you be that mentor who respects the new graduate nurse’s values and beliefs? Will you be the one to initiate that change in your organization? As Tom Brokaw so eloquently put it, “It’s easy to make a buck. It’s a lot tougher to make a difference.”

Joint Commission for the Accreditation of Healthcare Organizations (2010). Preventing violence in the health care setting. Retrieved March 11, 2013 from http://www.jointcommission.org/assets/1/18/SEA_45.PDF.