On being human during crisis 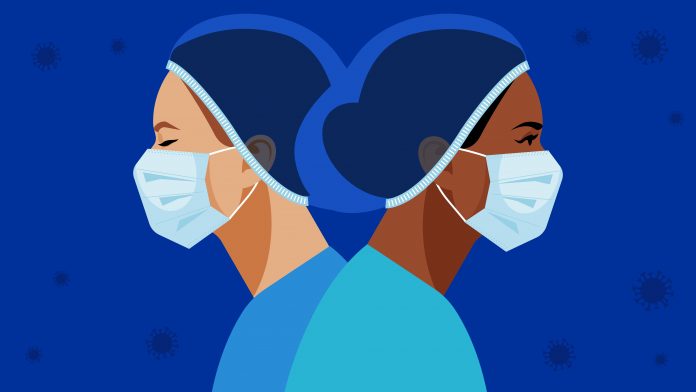 When we show vulnerability it does not mean we lack resilience – it means we are human. Typically, leaders in nursing pride themselves for being strong, ever knowing, and above all, crisis experts. But reactions to the COVID-19 pandemic manifested some uncharacteristic reactions, often mistaken for low resiliency, in otherwise apparently tough leaders. You know, those who never have a bad day.

Before all hell let loose, before we even knew what we had on our hands (even though the WHO had already announced a pandemic) I found myself uncharacteristically perturbed. A strange feeling of unease, unworthiness, and helplessness never before experienced. Sharing these feelings was awkward, people commented on it being so out of character. Did I need a break? Was I unwell? And a conclusion was made that I needed to build resilience even though I have been in several tough positions and have battled tough medical situations of my own and my kids. No, that wasn’t right.

Almost 5 months later and looking back I now know what I didn’t recognize then. Just as we tell each other to listen to our patients when they sense doom, we need to listen.  As nurses we often use our sixth sense when something isn’t quite right in a situation, we go with our gut feeling and even go out on a limb advocating for our patients.  So why didn’t I have my own sixth sense? My unease was because I sensed something bigger than any of us could imagine, but it was intangible and therefore personalized.

What a shame that my lesson then was to hold back. To cope. This was not the time to be selfish and the weeks that followed proved that was far from what happened – it was time to jump into action the way none of us have had to before, despite having worked in a county facility when AIDS was new and rampant, and running Incident Command teams for Ebola and H1N1 in the past. Then the guilt. The guilt for not working in the hospitals, for not being on the frontlines, even guilt for being in a high risk category for the virus itself!  The concern that nothing we do will be enough, the concern that new nurses will be put off the profession, that nursing students won’t get their usual clinical experiences, that our colleagues will fall…that our colleagues will fall. That was the worst.

Then as we all started settling in to a new routine – we witnessed devastating racial violence and grotesque acts of human behavior in despicable acts of cruelty, such as George Floyd’s murder. Wearing masks became a political issue and top scientists had to convince us of truths versus hyperbole. Nothing made sense, yet nurses carried on. As did our interprofessional teams who pivoted on a dime to serve the nation, to exhaust themselves trying to save people and to protect their families at the same time. Sleeping away from home for weeks at a time, losing loved ones and being unable to visit dying relatives – they have shown us what resilience looks like – what none of us will know is what it feels like for each and every one who rose to the occasion.  Everyone processes events differently – that is the crux of trauma-informed care.

So, this is written for those who need group strength, not just personal resilience. This is to allow expression as good, we want everyone to be their true authentic selves and to find a safe place to share those strange feelings. This is about each and every nurse in the world who right now does not know what the future holds yet remains true to the profession. This is to hold each of our colleagues up in pride and gratitude for all you are doing. And it is also for all the leaders who remain strong for others to remember that moments of weakness are not the same as weakness of character. Being vulnerable is being human and being human is one of the greatest privileges bestowed upon us. Being a member of the Johns Hopkins community is a privilege and being among some of the strongest leaders in our profession is an honor. As we hold on we are reminded of the wonders of our beloved profession. The human links we make, the eyes we smile with over our masks, the lives we touch when no one else can, and the tears we shed for the sad things we cannot control. I honor my colleagues in practice and in academia and I am grateful.

Dr. Miki Goodwin is the Associate Dean for Clinical Practice at Johns Hopkins School of Nursing. She has served as both a chief nursing officer and a university dean overseeing nursing and allied health sciences programs. Career highlights include establishing two Centers for Nursing Excellence at large regional health care systems and being an active Fellow of the American Academy of Nursing.