I could never do that job 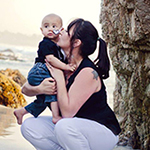 This picture is just a small example of what also happens in a pediatric hospital.
My child’s three year battle with infantile leukemia created a unique circumstance introducing countless medical professionals into our lives. Some were mastermind doctors but most were an assortment of wise nurses, therapists, and other professionals who really make the worlds go round inside a pediatric hospital.

Certain dark days the only light a cancer mom like me would see came from the caring medical employee with extra supplies of compassion. Usually I had plenty of time to profess my appreciation to my superhero in scrubs but other times Matthew’s critical condition left no time for the exchange of proper thank you’s.

Matthew’s first nurse was one I never thanked for rocking my ever-loving caregiver world. She worked in the PICU and was there as I received my child’s cancer diagnosis. Nurses who work in PICUs are very familiar with babies in critical condition and I was thankful for this expert nurse who came with the perfect touch to soothe my cancer stricken two month old. I watched my teacher intently absorbing all I could because a baby with cancer was shockingly new to me. This guardian angel taught me many things like, how to snuggle a baby attached to a militia of medical equipment but she also bestowed upon me a very crucial skill every cancer parent should have. My wise PICU nurse told me I had a voice in this big cancer mess and I should get used to using it. She went on to explain that though I would encounter many specialists along our journey there was only one Matthew expert. That expert job was given to me, his mother and I was my cancer baby’s voice.

I became desperately attached to this PICU saint and secretly cried every time her shift came to an end. I wanted her to hold my hand in this new scary world where kids get cancer but that was not plausible and soon I would have to utilize that voice my good mentor said belonged to me. Matthew was now no longer in a drug induced coma and seemed to be thirsty but unable to drink. My different PICU nurse and I had been trying for hours to quench my little boy’s thirst but when we put the bottle to his mouth he was too weak to latch on. The louder my baby screamed the more anxious I felt and I asked for her to get the PICU doctor. I know a thirsty baby hardly presents the biggest emergency in a PICU but the only kid I heard screaming was mine and someone needed to help him.

The PICU doctor walked over with authority and my new nurse began to quietly explain our situation, this particular doctor’s authoritative presence seemed to make the nurse uneasy. “Well feed him a bottle”, the doctor replied very matter-of-factly…“We have been trying, maybe we can get orders for tube feedings”, she said in a quieter voice.

The doctor ignored her, “Keep trying,” he replied.

I felt my face get hot as the doctor turned on his heel to leave, suddenly a loud authoritative voice spoke out, “You try,” I stated most matter-of-factly. The nurse’s eyes widened and the doctor turned around his eyes meeting mine as he asked for a bottle.

It would be a good old western stand off as the nurse hurried off to prepare the peace bottle. The doctor took great effort to get Matthew to drink, my boy howled and screamed in frustration, with frantic efforts Matthew grasped for more than just a few drops.

This time when the PICU doctor turned to leave he was diagnosing Matthew with weak mouth muscles and was on the phone with physical therapy that was on their way to teach Matthew how to bottle feed again.

That was just the first time I used that voice but not the last. I would use that voice again when I needed doctors to see Matthew as not just a diagnosis but a child. I used my caregiver voice yet again asking for second opinions when doctors told me there was no more hope for Matthew.

I wish I got the chance to tell that PICU nurse how important she was to the long haul of my child’s fight and I hope she is still using her Yoda nurse skills empowering scared parents in those early morning hours.

Another kind lady who was subjected to my lack of proper etiquette cleaned Matthew’s hospital room. She did this while singing R&B tunes and though she was no Mariah Carey her room cleanings always had extra doses of entertainment. She would twirl about mopping the floor while serenading Matthew with “Always Be My Baby,” he would squeal with delight each time she graced our presence.

To Matthew she was better than Mariah Carey.

One day after her normal routine of vocal bed making she placed on his medical crib an elaborately wrapped gift. Matthew was thrilled to get a gift from his favorite rock-star and she went on to say how she only buys the most special kid’s presents, “I have an eye that seeks out the extraordinary” she whispered with a wink.

As our time at the hospital turned from days to months I noticed a trend with her “special children”, they were all newly diagnosed. I would overhear other parents expressing thanks for their child’s gift and I would often hear her reply, “I have an eye that seeks out the extraordinary”.

It makes me smile just thinking about that cleaning lady with a brilliant set of eyes used to remind newly diagnosed cancer families that life still contains extraordinary gifts.

I could never forget the two nurse assistants in the picture who stole my ability to communicate one day. These two ladies had spent a lot of time caring for Matthew…they helped me bathe a tiny boy attached sometimes not just to one IV pole but two. They would search for that perfect toy or movie to help appease my roid-raged toddler, meticulously they cared for Matthew like he belonged to them. One day word had gotten back to these ladies that their little hero was in critical condition, the unfortunate word on the street was Matthew wasn’t going to make it.

Unpleasant “talk” about dying children you love is enough to stop most from wanting to visit after a long work shift but not these two. They walked into a dark room and made it really bright with a great big hug. We laughed, cried and spoke fondly of their little “boyfriend”. When the visit had come to an end they both faced my dying boy, I expected them to say their goodbyes but was shocked when I heard powerful words of hopeful prayer. These strong women of faith were a blessing on that dark day in the PICU. Right before they walked in I had been in a very desperate state and in that moment our relationship was stripped of restricting titles like patient, caregiver, and nurse assistant. We had moved into that deeper realm of humanity where love prevails in the faces of life’s tragedies.

I was left speechless that day, the “Thank you” I meant to say was replaced by uncontrollable tears.

One other man who will forever be treasured in my broken heart looked like Santa Clause but instead was a respiratory therapist. He probably never took a lesson on comforting newly grieved mothers but that would not prevent him from holding me upright as I watched my precious child leave this world. Our family was always fighting hard for Matthew and when his cancer battle displaced us miles from our home, my husband and I knew an emergency situation might mean I would be alone. When Matthew’s medical situation took a turn for the worse his father made flight arrangements for himself and Matthew’s siblings to arrive early next morning.

Cancer had other plans and would not wait for early next morning, I remember feeling weak in the knees as I stood alone watching my boy’s life slowly fade. I took a step back to steady myself against the wall when I felt a strong arm pull me near. It was Matthew’s large jolly respiratory therapist who last I noticed was doing respiratory stuff with his team.

Someone must have said “she’s going down” because next thing I know he is holding me tight not saying a word. His strong embrace was comforting and I leaned into his big loving presence. He never left my side until Matthew’s primary care doctor arrived who quickly took over the duty of hugging the crying mom.

If cancer would have had its way that day I would have stood alone as cancer took my boy and I never did thank that Santa Clause in respiratory therapists clothing who stood in for the father and husband who was on his way.

I bet that every medical professional who has ever said they work with children with cancer have heard, “I could never do that job, it’s too sad.” That is correct pediatric oncology is filled with a grand mixture of sad and beautiful moments, only a special breed is capable of serving the children patients of the world.

To all those loving souls who choose this medical career path less traveled by, THANK YOU because as Robert Frost would say you have “made all the difference.”