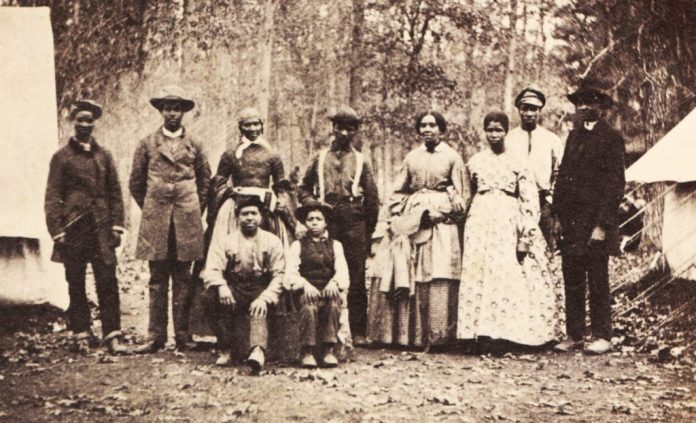 This is week #6 of the 52 week series in this year long study of nurses and midwives. Ann Bradford Stokes is this week’s featured nurse. 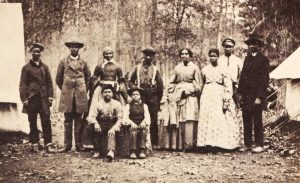 As the ship began to move downstream along the Mississippi River, the young woman in the long dark dress and black headscarf took a deep breath and stepped into the ward. Before beginning her rounds, she paused for a moment to survey the room. In front her, were rows of beds full of fearfully wounded soldiers. Some had their arms and legs blown off; others, were missing entire sections of their face. There were some who had live worms crawling from their wounds. Then came the ones with diseases: typhoid, cholera, malaria, scurvy, and Vitamin C deficiency. Despite knowing most of them would die, she  worked tirelessly to comfort them. Two years into the Civil War, in May 1863, Ann Bradford Stokes found herself one of four African American nurses stationed aboard the U.S.S. Red Rover,  the Navy’s first hospital ship. It was a job she never could have imagined.

In 1830, Stokes was born into slavery in Rutherford County, Tennessee. Little else is known about her early life except that she was unable to read or write. Her narrative picks up again in January 1863 when she escaped from her plantation and ended up somewhere along the Cumberland River. There she taken on board the Union ship, the U.S.S. Red Rover as “contraband” (an escaped slave). But, Lincoln’s recent signing of the Emancipation Proclamation changed Stokes’ status from an escaped slave to a free woman. If she wanted, she could leave the ship. Hungry and homeless—Stokes refused to return to the plantation—she chose to stay, signing on as a volunteer with the Sister of the Holy Cross of Notre Dame, who were called upon by the Governor of Illinois to act as nurses.

The sisters welcomed female contrabands, believing their midwifery skills accustomed them to blood. And so Stokes, now part of the sisterhood, was officially enlisted in the United States Navy as a “first class boys,” a rank given to young men under seventeen who performed general sailor duties. For the first time in her life, Ann Bradford Stokes was paid accordingly. On the ship, Stokes and four African American women (also escaped slaves) cooked and cleaned and laundered, but most of their time was spent nursing the wounded or sick. Lacking professional training in medicine, the women relied on intuition and folk remedies—when the war first broke, there were 150 hospitals in the entire country and nursing as a profession was in a nascent stage.

None of this discouraged the women, who endured ghastly conditions: the summer heat from the Mississippi was dreadful. It came with a devastating humidity that brought with it haughty flies and mosquitoes who buzzed incessantly around the infected wounds. Bandages oozed with blood and pus, emitting a rancid stench that permeated the wards. No matter how much they washed the floors or aired out the ward, the smell lingered. For 18 months, under the direction of the Sisters, Stokes and her fellow nurses cared for and treated almost 3,000 patients.

After she retired from service in 1864, she married Gilbert Stokes, an African American soldier whom she met on board the ship. The young couple moved to southern Illinois, but two years later, Gilbert died. In 1867, she remarried and, with her second husband, moved to a farm in Belkap, IL where she had one child. Sometime in the 1880s, Stokes applied on behalf of her first husband to receive her pension as a soldier’s widow. But her inability to read or write made the application process tedious, and the Navy denied her request.

Stokes was not deterred.

To read the entire profile on Ann, please go here, and stay tuned for next week’s profile. To read past profiles, please visit our My Nurse Influencer page.

Facebook
Twitter
Pinterest
Linkedin
Email
Print
Previous articleAre we over teaching health assessment at the RN level?
Next articleStudy highlights potential effectiveness of yoga for chronic back pain in nurses

A Nurse’s Guide to Social Media

Social media can be a tricky business, especially for a profession struggling with how and when to use our voices and one that is...
Read more
Can You Imagine?

Above and beyond bed bath

The first time I heard “It’s not in my job description” invoked was during an interaction with a colleague in my very early days...
Read more
My Nurse Influencers

The Dauntless Nurse: Had Enough Yet? The latest on nurse burnout

A recent study by the International Council of Nurses found that burnout rates in Nursing were 40 percent before the pandemic – and now...
Read more