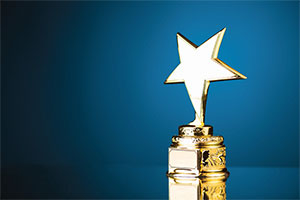 These nurses have positively influenced healthcare.

The American Academy of Nursing (Academy) honored four nurse leaders during the 2019 Transforming Health, Driving Policy Conference for their outstanding contributions to nursing.

The Academy awarded its inaugural Legacy Award to Congresswoman Eddie Bernice Johnson (D-TX), a transformative nurse legislator who has made an extraordinary impact through her commitment to sound policy. “With over 40 years of public service and as the first nurse elected to Congress, Congresswoman Johnson is a true pioneer of the nursing profession,” said Academy President Eileen Sullivan-Marx, PhD, RN, FAAN. “There is no one else more deserving of the inaugural Legacy Award than the congresswoman.”

Johnson’s prolific contributions include authoring and coauthoring more than 177 bills that have been passed by the House and Senate and signed into law by the president. She also is the first African American and woman to chair the House Committee on Science, Space, and Technology, and she is the dean of the Texas congressional delegation. Johnson is a Texas Nurses Association member.

The Civitas Award, which honors an individual who exemplifies dedication to excellence in his or her service to nursing and healthcare and to promoting health policy, was awarded to Susan B. Hassmiller, PhD, RN, FAAN. “Dr. Hassmiller is a force who, through her tenacious commitment, continually demonstrates the impact nurses have on the health of our nation,” Sullivan-Marx said.

Hassmiller currently serves as a key member of the leadership team for The Future of Nursing 2020-2030 report in her role as the senior scholar-in-residence and senior advisor to the president on nursing at the National Academy of Medicine. In addition, she directs the Future of Nursing: Campaign for Action in her role as the Robert Wood Johnson Foundation’s senior advisor for nursing. These unique and influential positions allow Hassmiller to act as a commanding voice for the profession. She is a New Jersey State Nurses Association member.

Mary Dee Hacker, MBA, RN, NEA-BC, FAAN, was honored with the Health Care Leader Award in recognition of her service to improving the health of the nation through extraordinary contributions to organizational excellence. “Throughout her career, Hacker has excelled at improving care delivery and approaches her endeavors with reality-based professionalism and dedication,” Sullivan-Marx said.

Hacker, an experienced administrator and nurse leader, has focused for over four decades on improving the well-being of children, young adults, and their families within the healthcare environment. She is chief nursing officer emerita at Children’s Hospital Los Angeles and serves as the executive advisor to the hospital’s Institute for Nursing and Interprofessional Research. She also spearheaded the development of a 22-week RN residency training program designed to reduce turnover rates and help transition new nurse graduates into the clinical setting. This model, now called Versant, is widely used by hospitals nationally. Hacker is an ANA\California member.

Finally, the President’s Award, which honors an influential national leader who embodies the Academy’s mission, was given to . “Dr. Porter-O’Grady’s name is synonymous with innovation and his generative, far-reaching body of work has influenced countless nurses to envision a future of healthcare excellence,” Sullivan-Marx said.

Porter-O’Grady is recognized nationally and internationally as an expert and futurist in clinical health, leadership, professional governance, and health systems innovation. He has consulted with over 600 clinical systems worldwide, lectured at over 1,000 settings global­ly, and has authored or coauthored 26 books and over 200 journal publications. Porter-O’Grady currently serves as the chair of the Board of Trustees of the American Nurses Foundation and is a Georgia Nurses Association member.

Nurses can help achieve optimal outcomes. The COVID-19 pandemic brought supply chain issues to the forefront, as hospitals and other healthcare settings struggled to provide...
Read more
ANA on the Frontline

Last year when world health officials declared a global pandemic, the American Nurses Foundation committed to addressing the impact of COVID-19 on nurses and...
Read more