And the music plays on… 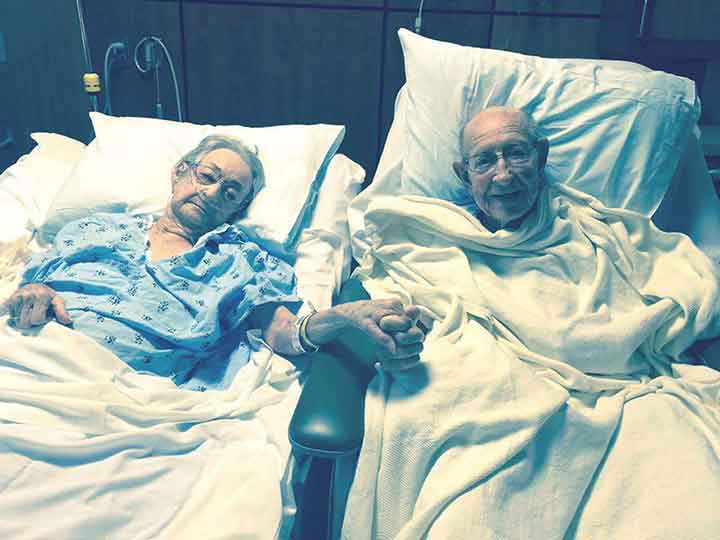 In the mid-1970s, I was a graduate nurse starting my career at a large, urban hospital. One of my patients, an elderly man named Eddie, had just been diagnosed with a terminal illness. My nursing colleagues and I developed a plan of care to keep him as comfortable as possible while providing emotional support for him and his family during his final months.
While caring for Eddie, I learned a great deal about the life he and his wife, Lottie, shared. They were professional musicians of European Jewish heritage. Most of their family, their home, and their possessions were lost in the Holocaust, but Eddie and Lottie were able to escape to the United States. They mastered the English language, secured positions as musicians in the local philharmonic orchestra, taught music, and raised a family. Until Eddie’s illness, they had lived happily together in their adopted country.

Goodnight serenades
Every evening at the hospital, the end of visiting hours was announced over the public-address system at 8:00. During my first evening shift after Eddie’s admission, I heard unusual singing following the routine hospital announcement. The song wasn’t a simple jingle or a popular tune. It was a mesmerizing duet in a foreign language. The vocalists sang for awhile in harmony; and then one would sing and the other would answer. As I approached the nurses’ station, I asked my colleagues, “What on earth is that?”
“Oh, that’s Eddie and Lottie singing good night to each other. They said they sing each other to sleep every night, and they’re not going to let a hospitalization stop them.” Though it seemed a bit odd to me at the time, the other patients weren’t complaining, so Eddie and Lottie sang night after night for 20 to 30 minutes before Lottie went home.
Usually, the period right after 8:00 is busy because nurses start settling patients down for the night. But as the weeks passed, I noticed that somehow most of the nurses managed to be charting at the nurses’ station during the nightly serenades. Even though we couldn’t understand the words, the feelings and love expressed in the songs touched all of us, including the other patients.

A voice fades
But the joy of listening to the nightly songs was bittersweet. Slowly, Eddie’s voice became weaker and weaker. Eventually, we could hear only Lottie’s voice. Then came the inevitable—the first evening without a goodnight love song. The silence was unbearable. I felt I could no longer work evenings without their music.
As time passed, I began to feel differently about the absence of the couple’s love songs. I thought about how much they had overcome. Despite being victimized by the murderous Nazi regime in Europe, they had forged a successful life in a new homeland, while sharing their love and music with countless others. Instead of expressing bitterness about their fate, they sang love songs until the end of their life together. Eddie and Lottie didn’t just survive the Holocaust, they triumphed over it.

The music continues
Today, more than 30 years later, I can still hear their music. I consider myself fortunate to have been touched by their love and to share in the gift of music they gave to each other and the world. I realize now that the music of two lives well lived will play on forever.

Linda Snell is Associate Professor and Chair of the Department of Nursing at The College at Brockport in New York.