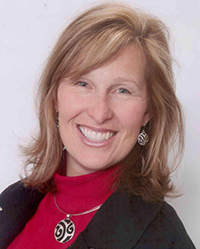 Angels are generally thought of as having wings and appear quietly, but on October 1, 2017, hundreds of angels descended on Las Vegas wearing scrubs amidst noisy chaos. After a mass shooting at the Mandalay Bay hotel upon 22,000 country music lovers at the Route 91 concert, angels without wings, known as nurses, went into full action.

The two busy trauma centers of Las Vegas include Sunrise Hospital and UMC Hospital and generally receive and treat approximately 20 traumas each day. After “shots fired” was announced, however, both centers received and treated over 250 patients, hundreds with gunshot wounds and more with surgical needs. The total was 527 wounded and 58 fatalities. That Sunday evening, both hospitals had called in all of their off-duty surgeons, anesthesiologists, and nursing surgical teams and activated all their training and creative thinking to deal with the sheer volume of people flooding into their emergency departments. More than 100 physicians and nurses came in, like angels swooping down into chaos to bring help and healing.

“We get patients like this all the time, but maybe two at a time at most,” said Rhonda Davis, Las Vegas Sunrise trauma nurse. “You do all these steps to try to save their life. At this moment we had several who needed all these life-saving critical interventions at the same time. We went patient to patient as quickly as possible, trying to help save them. I wasn’t thinking. You just kind of do. Quickly it turned into a sea of blood and patients.” Whereas teams usually have space in a completely stocked surgical room for trauma cases, dozens were being treated in hallways with makeshift supplies stretched thin for the hundreds being treated.

Angels come in different colors and shapes too. Teams of nurses, fire, ambulance, dispatchers, physicians and even janitorial services worked collaboratively to save lives. “It wasn’t an ER of screaming. There was calmness, because people were being taken care of,” said Dorita Sondereker, emergency department director. The angels even included the patients themselves; patients were seen holding each other’s hands and declined care for themselves saying “take care of those who are hurt worse. I’m good.” Student nurse Thea Parish, who was working at the time as a pharmacy technician, summarized her emotions as, “Ever since I started nursing school, the human race has been declining and hating on each other. I was debating whether I wanted to be a nurse. But when I looked around, I was like, this is what it’s about: saving people. We were the helpers. That was the most memorable moment. Yeah, there was a lot of trauma happening, but at the same moment humanity was happening and it was amazing.”

Sometimes the angel nurses were there to heal and save lives, and other angel nurses were there to bring news to grieving families of a fallen loved one. Nurses heal on both sides of the veil of mortality. One of the first fatalities in the shooting was a nurse, Sonny Melton, who sacrificed his own life as he protected his wife from random shots. Other nurses, including dozens of nursing students, not directly related to the trauma centers responded the next morning by standing in line for 4 hours to donate blood. “I felt helpless not being able to help in the hospitals where the victims were, but I could help other people in my own corner of the world” said a nurse working at another hospital. “We’re all connected and if people are hurting, that’s where nurses want to be to help them heal.” Days and weeks after the mass shooting, angel nurses continued to stretch their wings of healing over individuals and affected families. One nurse from a different facility helped organize a donated breakfast for the nursing staff of UMC hospital and helped heal the healers by allowing them to talk about their own fragile emotions as they kept a smile on their faces for those patients and families still reeling from the events and consequences from senseless random bullets.

“You nurses are my angels,” said one patient as she was discharged after surgery from the shooting. There is more good in the world than any one evil person. There are more angels among us than we recognize, and that brings peace. Not all angels have wings. Many wear gloves and a stethoscope.

Thank you to all you who have chosen the nursing profession and become angels among us.

Tracey Long is a professor of nursing for Kaplan University and International Service Learning in Las Vegas, Nevada.

When any agency asks their employees to complete an employee engagement survey they are likely to see communication at the top of the list...
Read more
Blog

Most writers are more comfortable with words than numbers, particularly when math is involved. We tend to remember English or literature classes from school...
Read more
Blog

The American Nurses Association (ANA) is proud of the leading role nurses play at all levels of the coronavirus pandemic that has shaken the...
Read more