At the June 2017 American Nurses Association (ANA) Membership Assembly in Washington DC, the Center for Ethics and Human Rights hosted a discussion with participants to assess the ethical climate of current nursing practice and determine needs across the nursing spectrum. Audience members were challenged to think about ethics as well as ethical awareness and competence and the ethics resources to which they have access.

What does ethics mean to you? 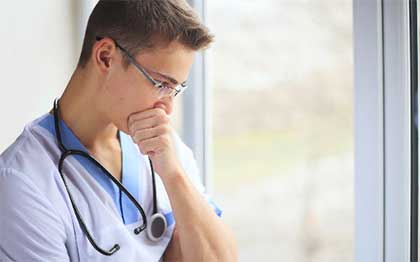 An overarching theme in responses to this question included concepts of right versus wrong, truth, morality, fairness, and social justice. Most participants suggested they knew they were involved in an ethical patient care situation when they had a “gut” or uncomfortable feeling. In most cases, ethical dilemmas were reported when personal or professional conflict arose, such as when a patient care decision didn’t comport with organizational policy.

What are ethical dilemmas?

Participants were asked to identify the ethical implications of various scenarios. For example, most audience members recognized that discharging a patient to an unsafe environment could be an ethical dilemma. However, several participants grappled with identifying the ethical implications of appropriately responding to a
patient question about a treatment plan that may be in dispute within the healthcare team. This interactive discussion was a reminder that nurses face ethical dilemmas every day and challenges in resolving them as well as being aware that they are, in fact, ethical dilemmas.

How would you resolve an ethical dilemma?

More than half of participants acknowledged the availability of ethics resources in their local institutions and suggested the Code of Ethics for Nurses with Interpretive Statements as a resource for solving ethical dilemmas. The second most common response was the use of institutional ethics committees with a particular emphasis on interdisciplinary groups. In addition to the Code of Ethics, nearly all the participants accessed resources from professional organization websites or online bibliographic databases. Many audience members suggested that nurses don’t experience ethical dilemmas alone, and other providers such as physicians, social workers, clergy, family members, and, of course, patients, should be involved in these discussions. Only about half of the participants felt that adequate mechanisms existed to resolve ethical dilemmas in practice, which suggests the need for more resources.

How can we raise ethical awareness?

This question elicited the most valuable and varied responses. Participants largely suggested providing more webinars on ethical issues in varying nurse practice
settings. This supports the work ANA has done in the faculty and new RN webinar series, which contain ethics-themed subjects. Audience members also suggested raising awareness through simulation or role playing exercises where nurses can put the Code of Ethics into practice. Other suggestions for raising awareness included ethics certification, a personal values inquiry, a toolkit for ethics resources, and using social media to highlight the significance and applicability of ethics in nursing.

Although most of the participants reported feeling individual ethical awareness, results were mixed regarding the perception of ethical awareness of nurses in their local institutions. Collectively, this environmental scan of the ethical climate from audience members’ perspectives in different states, practice settings, and levels of expertise, proved invaluable to inform the work of the Center for Ethics and Human Rights as it continues its mission to address both theoretical and practical ethical issues to meet the needs of nurses at the state, national, and international levels.

Liz Stokes is a senior policy advisor for ANA’s Center for Ethics and Human Rights.