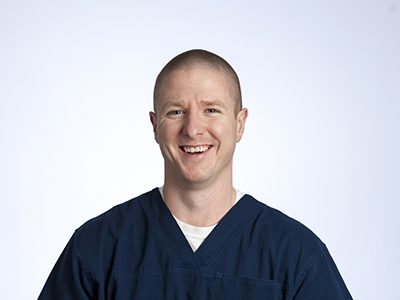 Be prepared for anything

Hurry up and wait. It’s the expression used in the emergency department (ED) to explain the frustration patients experience waiting anxiously for results. It’s the same expression used in the military for getting everything ready and waiting for the orders to move forward. The phrase succinctly describes a backup quarterback ready to assume the lead role, but sitting on the bench. He may never be called into action, he may sit idly prepared, but he is ready.

This week I attended disaster training that covered a plethora of topics rarely heard of outside of the military. In the military, it’s a requirement to understand nuclear, biological, and chemical agents used in warfare as well as mass casualty scenarios. While the training facilitates preparedness for large-scale terrorist attacks, it equally applies to water main breaks, utility failures, and natural disasters—events that are impossible to predict and hopefully never occur. However, preparing for these events act as an insurance policy, providing contingency operations in the worst of times.

In the Army I had the pleasure of training with Special Forces Operators before going into Iraq. They taught us techniques that were being used by the enemy as they helped prepare us for the deployment. One area of the training still stands out to me to this day: the acronym PACE. It’s the planning process for every mission: primary plan, alternate plan, contingency plan, and emergency plan. All the plans are clearly defined and understood by each person in order to support the mission.

I personally implement the PACE planning system every day when I prepare to wake up. My primary plan is to rise early and get a run in before work. My alternate plan is to exhaust my first and second alarms to their snoozing limitations. My contingency plan is the alarm on my wife’s phone and in an emergency, she has verbal and physical escalation privileges to ensure that I get out of bed and get to work on time. It’s a system of redundancy that embraces the overall mission of clocking in on time. Under ideal circumstances I arrive at work after a long run, breakfast, and a hot shower, and early enough to enjoy coffee and conversation with coworkers, but I’ll settle for a last-minute sprint to the time machine.

One morning after a long night working in the ED, I found myself sitting in a church pew, drifting off to sleep next to my family. I felt a tug on my shoulder as people summoned me. I was afraid I got caught sleeping or that my children were misbehaving, but it was far worse. There was a bystander in the next pew calling 9-1-1, and I was ushered into a pew with a person who was unresponsive and without a pulse.

After sitting down next to the woman, I began assessing her. I quickly cleared the pew and picked her up to carry her into the vestibule where I could lay her down on a hard-flat surface, preparing for CPR. As I laid her head down and began assessing her, she started showing signs of life. I could feel her pulse, and her eyes fixated on me. She started breathing again, and in a few moments she was on her way to the hospital and I was on my way back to my pew.

That day I helped someone, just as I have done many times before. It’s something that I have been training and preparing for over the course of many years. When the time came, I was ready. I don’t know what would have happened if I wasn’t prepared, but it begs the question; are you prepared? Being prepared isn’t about being prepared just for natural disasters and acts of war.

Eric Keller is an RN in Ohio.