The Bedpan and its Significance 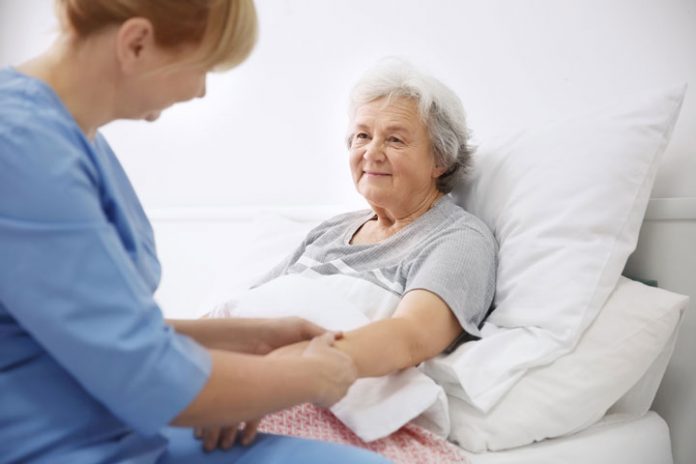 During the holiday doldrums I came across a 2015 Smithsonian magazine article entitled “The strange saga of George Washington’s bedpan.” The article was a sort of a biography about a lowly object sanctified by the touch of the first U.S. president. The curator of Washington’s Mount Vernon estate invited the reader to reflect on the bedpan, not simply as an item of curiosity, but its inescapable “connection with the enslaved house servants who were responsible for emptying the bedpan.” In my 33 years as a nurse, I had never thought of the bedpan as an inspiration for social justice inquiry. Now I do. It’s a long time coming but the ongoing pandemic is horrifically reminding the world of one of healthcare’s many imponderables—the death toll of health inequities.

Bedpans in the 16th and 17th century were made of glazed earthenware. In later years, pewter, brass, pottery, glass, porcelain, and enamel also were used to make bedpans and urinals. The common-looking plastic version ubiquitous at every hospital bedside today came into popular use in the 1960s, according to the American Association for the History of Nursing. My early close encounter with the bedpan happened in 1985, during my very first clinical rotation as a nursing student in the Philippines. At the bedside, I found my patient in a vociferous match with a medical resident. Moments later, the patient flung the stainless steel bedpan into the air; mercifully, it was empty. On that day, I can say with certainty that my nursing education started with a clang! Three years ago, this memory came back while I was perusing the wares of an antique shop and I found a porcelain bedpan. After paying $20, I became the owner of an early heavyweight in patient care (it weighs about 5 pounds) and evidence of human frailty.

By any other name

In Nightingale’s time, bedpans were called utensils. In her famous book, Notes on Nursing, the term appears 15 times. Interestingly, George Washington’s bedpan was catalogued by his descendants under the label of “interesting utensils,” and it was recorded as a “plate warmer.” The mislabeling is understandable. There is an uncanny similarity between the early design of the bedpan with kitchen implements, not to mention that a great deal of kitchen equipment carries the suffix “-pan.” I personally favor utensil over the infantilizing “potty,” although it would be utterly confusing if I were to start asking the patient, “Can I help you with the utensil?”

The way the bedpan goes

The bedpan is an anonymous and mute witness of human biological processes, suffering, and caregiving. For better or for worse, the nursing profession is somehow inextricably linked with the bedpan (and unglamorous associations), even as it tries to move away from its cold shadow. What was once considered a nursing skill that required practice to master is now a task to be delegated. These days, many students graduate from nursing school without ever having assisted a patient with a bedpan. Several years ago, I discovered in a Fundamentals of Nursing textbook a photo illustration on how to serve the bedpan. The picture showed the taller end of the pan (the side that should be facing away from the patient) placed in the wrong direction. No wonder some nurses feel lost in the bedpan department.

“If a nurse declines to do these kinds of things for her patient, ‘because it is not her business,’ I should say that nursing was not her calling.”

The “these kinds of things” Nightingale referred to were about nurses emptying the “chamber utensil” and not letting it sit in the room with its contents. The ever-prescient Lady with a Lamp goes on to say with an indictment, “I have known the best and most attentive nurses guilty of this.” Now that is telling. Although nursing today is vastly different from the Victorian era, the upstairs and downstairs divide among and between healthcare staff is ever-present. The class distinction among healthcare workers is defined by who gets to do the dirty work, literally. It is worth contemplating to ask ourselves as registered nurses, if it is beneath us to help the patient use the bedpan.

Would it be such a loss to the profession if, instead of teaching nursing students how to skillfully position the patient on a bedpan, we train them instead how to artfully delegate the task? I think so. Not so much because of the I-did-it-so-you-should-do-it-too mentality, but because of what the act of helping someone use the bedpan represents in patient care. The bedpan conjures a sense of an ending, a loss of control, even shame, in the patient. A nurse helping the patient use it is presented with an opportunity to restore humanity and preserve dignity in an embarrassing clinical encounter. Kindness, empathy, and common sense are sensible companions in serving a bedpan. It is a stand-in for professional comportment. Nurses need not think too much about bedpans. We simply have to serve it right and right away.

Nightingale F. Notes on Nursing: What It Is and What It Is Not. London: D. Appleton and Company; 1860.

I have an idea! Now what?