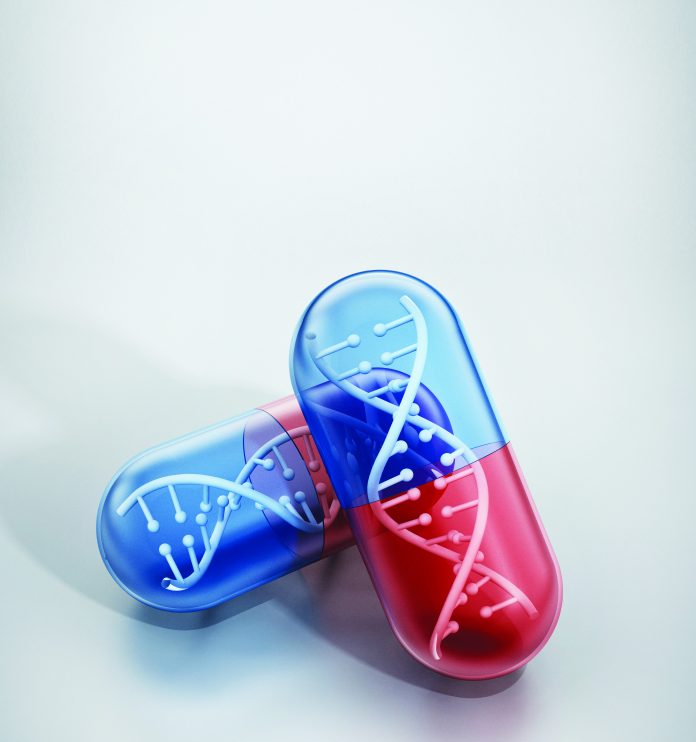 Most of the drugs you administer are made from small molecular compounds synthesized from nonliving materials in a laboratory. Biologic drugs, however, consist of living organisms, such as cells, bacteria, yeast, and plants. Most are large complex proteins that target and genetically alter DNA to treat serious conditions, such as inflammatory bowel disease, anemia, cancers, diabetes, and neurologic and autoimmune disorders. They’re effective, but they’re often expensive to develop, manufacture, and store, which places a heavy economic burden on the healthcare system and limits their availability.

The time and costs associated with biologics have created a competitive market for biosimilar drugs, which are comparable but not identical to the biologic drug (reference product) they’re based on. The 2009 Biologic Price Competition and Innovation Act (part of the Patient Protection and Affordable Care Act) provides a regulatory pathway for biosimilars, which gives patients access at a reduced cost and ensures effectiveness and safety. The Act includes a provision by which a biologic’s patent expires 12 years after Food & Drug Administration (FDA) approval. At that point, competitors can begin applying for approval of their biosimilar drugs. (To learn more about the Biologic Price Competition and Innovation Act, visit dpc.senate.gov/healthreformbill/healthbill70.pdf.)

Your knowledge of biosimilars will help you work with pharmacists, social workers, and providers to ensure patients have access to these drugs. In addition, you can identify adverse effects and safety concerns as well as provide patient and family education.

The FDA defines a biosimilar as a “biological product that is highly similar to and has no clinically meaningful differences from an existing approved reference product.” To receive FDA approval, clinical studies must be conducted and key characteristics, such as purity, molecular structure, and bioactivity, must be similar to the reference product. For example, researchers conduct pharmacokinetic studies to examine how the body absorbs, distributes, metabolizes, and excretes the drug and pharmacodynamic studies to assess the drug’s efficacy. In essence, the biosimilar must work the same way, be administered in the same manner, and have the same safety profile as the reference product. However, manufacturers aren’t required to conduct as many expensive and lengthy clinical trials as biologics manufacturers, potentially leading to faster access to additional therapeutic options, as well as lower costs.

To differentiate biologic medications from biosimilars, the FDA requires that biosimilars include four lowercase letters after the name of the reference product. For example, filgrastim is the reference drug and filgrastim-sndz is the biosimilar. In 2015, filgrastim-sndz was the first biosimilar to become available in the United States. The drug is used to reduce the risk of infection in patients with some tumors who are receiving strong chemotherapy that may cause severe neutropenia with fever. The availability of biosimilars such as filgrastim-sndz offers prescribers more treatment alternatives. Because these drugs typically are less expensive to make, they may be more affordable for patients, and insurers may be more likely to pay for them or offset some of the costs.

Understanding the similarities and differences between biologics and biosimilars can help you educate patients about their medication options.

Despite the potential cost reductions associated with biosimilars, prescribers and patients    sometimes lack sufficient knowledge about efficacy, safety, and interchangeability. Nurses can take time to learn more about biosimilars so they can educate patients and collaborate with other healthcare professionals to make these agents more readily available to those who can benefit from them.       AN

Biologics: Biologics are a diverse category of products and are generally large, complex molecules. They may be produced through biotechnology in a living system, such as a microorganism, plant cell, or animal cell, and frequently are more difficult to characterize than small molecule drugs.

Biologics: Biologic drugs are derived through the metabolic activity of living organisms and tend to be significantly more variable and structurally complex than chemically synthesized drugs.

Biosimilars: A biologic drug that enters the market subsequent to a version previously authorized in Canada, with demonstrated similarity to a reference product.

Biologics: Biologic medicines contain active substances from a biological source, such as living cells or organisms (human, animal) and microorganisms (bacteria or yeast).

Biosimilars: A biologic product similar to another biologic medicine that has been authorized for use.

Alnita A. Jackson is a clinical assistant professor at Fayetteville State University in Fayetteville, North Carolina.