Bloodborne infection from sharps and mucocutaneous exposure: A continuing problem 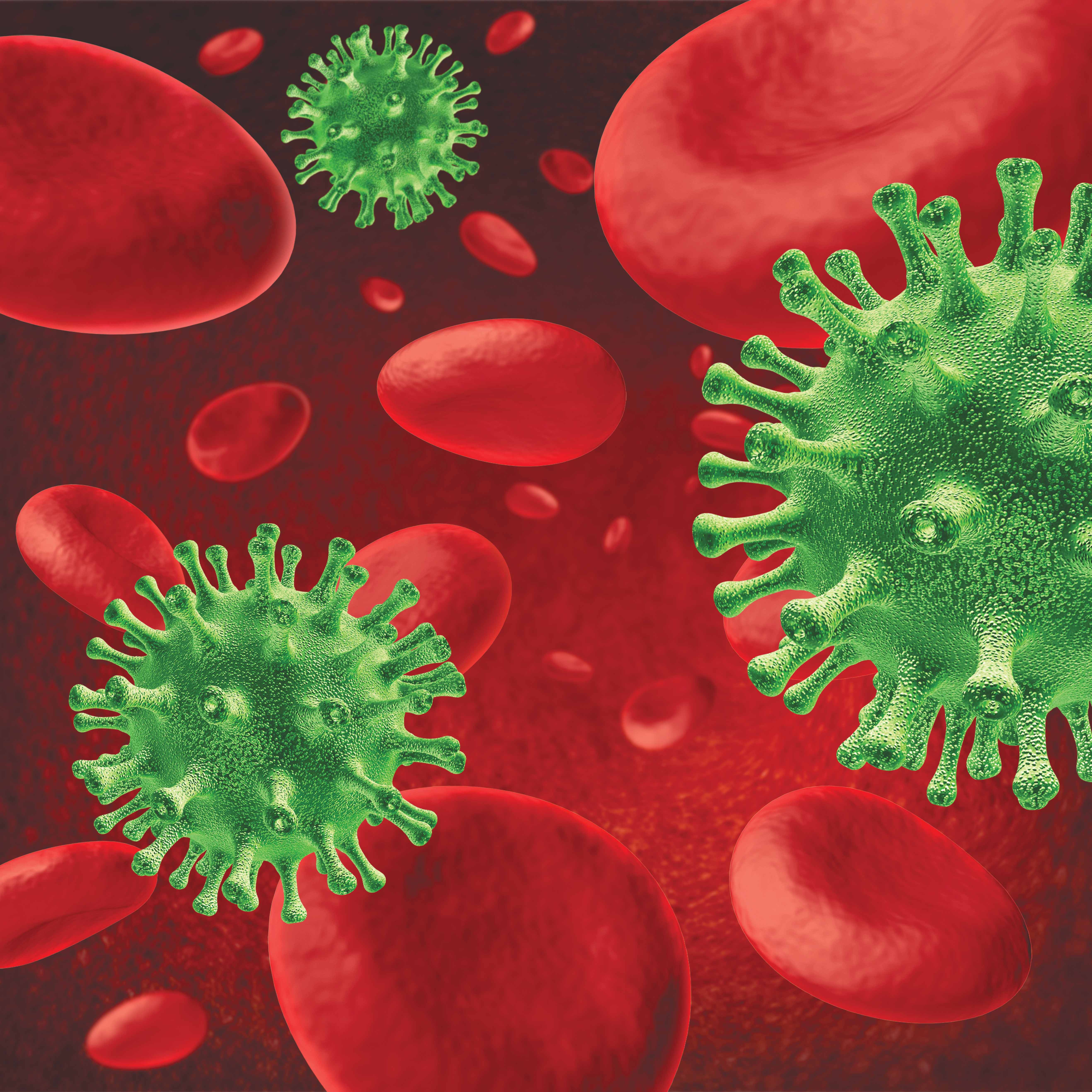 Since the Needlestick Safety and Prevention Act (NSPA) became law in 2000 and the revised bloodborne patho­gens standard (of the Occupational Safety & Health Administration [OSHA]) became fully effective in 2001, U.S. healthcare workers have gained more occupational rights and protections. NSPA gives frontline nurses the power to participate in selecting and evaluating devices that would be most effective for their own and their patients’ safety. Besides requiring the use of safety-engineered needles and sharps devices in the workplace, NSPA requires employers to develop and update exposure-control plans annually. (See Understanding the Needlestick Safety and Prevention Act by clicking the PDF icon above.) OSHA enforces NSPA and mandates that employers institute engineering and work-practice controls as the primary way to eliminate or minimize employee exposure.

Nonetheless, transmission of hepatitis B virus (HBV), hepatitis C virus (HCV), human immunodeficiency virus (HIV), and other pathogens from patients to healthcare workers remains a significant occupational hazard. Although needlestick injuries get the most attention, nonsharps (mucocutaneous) exposure poses a problem as well. Such exposure can arise from incidents ranging from accidental splashing of blood into the eyes or a skin cut when starting or removing an I.V. catheter to disposing of body fluids or dressing an open wound. A 2003 study found nurses had a higher mucocutaneous exposure rate than physicians and medical technologists. More than one-third (39%) of registered nurses and one-fourth (27%) of licensed practical nurses said they’d experienced one or more mucocutaneous blood exposures in the previous 3 months—but few reported their exposures.

Over the past decade, we’ve seen major efforts to reduce the number of sharps injuries as the primary pathogen exposure route. Advances have been made in developing engineered safety devices to protect healthcare workers from sharps injuries and mucocutaneous exposure. (See Strides in safety-device technology by clicking the PDF icon above.) In a 2011 study, nurses who used blood-containing peripheral I.V. cathe­ters reported no blood leakage 89% of the time, compared to 10% for nurses who used traditional catheters.

Yet even with engineered safety devices, experts estimate more than 8 million U.S. healthcare workers continue to be exposed to patients’ blood and body fluids. Each year, an estimated 385,000 needlestick injuries occur in U.S. hospitals. Studies show these injuries take place most often in fast-paced, stressful, and understaffed facilities. But similar injuries occur in other settings, including nursing homes, clinics, emergency care services, and private homes.

In 2008, the American Nurses Association’s (ANA’s) online national survey of 700 nurses (Study of Nurses’ Views on Workplace Safety and Needlestick Injuries) found needlestick injuries and infections were major concerns for nearly two-thirds (64%) of nurses, and that two-thirds of nurses have been stuck accidentally by a needle while working. Also, 74% of respondents said they believed pathogen exposures continue to be underreported. ANA’s 2011 follow-up survey of more than 4,600 nurses brought some good news—safer needles are more prevalent than ever.

To protect yourself from both sharps and nonsharps injuries, you need to understand how pathogens are transmitted by these exposures. The greatest risk of infection transmission is from percutaneous exposure to infected blood.

In many cases, exposure to path­­­o­gens from needlesticks and mucocutaneous injuries can be pre­vented, especially if you know the risk factors. For instance, be aware that globally, nurses experience the greatest number of needle­stick injuries from hollow-bore needles used for injections. A major cause of these injuries is inappropriate sharps handling during device activation and use, during transport of sharps to the con­tainer, during recapping, and during disposal. Sharps disposal containers pose a hazard if they’re not safely managed and maintained. During disposal, injuries have occurred due to overfilled or punctured containers, sharps protruding from the container, and manipulating the container by closing, moving, handling, or shaking it. Inappropriate sharps disposal also can lead to injuries if sharps are left on bedside tables, overbed tables, food trays, floors, beds, linens or if they’re discarded inappropriately into trash bags or bins.

The true magnitude of risk isn’t known because of widespread underreporting of exposures, ranging from 29% to 98%. Physicians have the highest underreporting rates. In many cases, underreporting stems from the belief that most exposures aren’t significant. Other reasons for not reporting exposures include the time required, confidentiality issues, not understanding the importance of reporting, and concern about negative repercus-sions. Nurses also tend to minimize the risk of blood exposure, considering it part of the job.

The perception that such incidents aren’t significant needs to change. Healthcare workers must report sharps injuries and mucocutaneous exposures promptly so they can receive immediate medical evaluation and postexposure prophylaxis, if needed. HIV prophylaxis, for instance, is much more successful in preventing disease transmission if treatment begins within 2 hours of exposure. So be sure to take prompt action after a needlestick or mucocutaneous exposure. (See Postexposure prophylaxis by clicking the PDF icon above.)

Prompt reporting also provides a better understanding of the circumstances and factors surrounding the event, an opportunity to analyze compliance, and the ability to lead prevention improvements and identify educational trends and strategies. To encourage exposure reporting, workers must be assured of confidentiality during reporting, counseling, and medical follow-up. Although the financial cost of the initial workup and treatment for each exposure incident may be high, the intangible costs of exposure (such as emotional distress and decreased employee productivity) may be even greater.

“It will never happen to me”

Clinicians report a wide range of barriers to following standard precautions, including lack of time, unavailable or inconveniently placed supplies, forgetfulness, and competing activities of perceived higher priority. Many have a false sense of security when they knowingly break standard precautions during such procedures as inserting short peripheral access devices without gloves, or when they wear gloves but remove one digit so they can better feel for a vein. Some complain that wearing gloves restricts their dexterity and impairs the touch sensation.

But the notion that “it will never happen to me” is dangerous. Adherence to recommended practices, including strict use of personal protective equipment (PPE), is essential to prevent bloodborne pathogen exposures. Remember—it only takes a small paper cut on a finger to expose yourself to a mucocutaneous infection with a potentially deadly virus.

Ways to protect yourself

Here are some ways you can protect yourself against bloodborne infections in the workplace:

Healthcare workers remain at risk for infection related to pathogen exposures from blood and body fluids. To reduce this hazard, additional efforts are needed for training, education, data reporting, and continued safety precautions. (For information on injury recording and tracking, see Surveillance programs by clicking the PDF icon above.)

The greatest weapon in reducing infection risk from accidental exposures is knowing the factors that contribute to risk, strategies for reducing risk (including selection of safer devices), and obtaining postexposure prophylaxis when an exposure occurs. In all healthcare settings, opportunities for improved compliance exist.

What’s more, we need to defeat resistance to change. Mark Twain said, “It’s not the progress I mind, it’s the change I don’t like.” Like Twain, some clinicians resist change. But they need to be part of the solution, not part of the problem, by boosting their awareness of the problem and potential solutions. They need to implement safe work practices and use standard precautions and PPE to help protect themselves, colleagues, patients, and others who could be exposed to pathogens inadvertently. And they need to participate in product selection and provide feedback.

Knowledge is power. Make sure you understand the risks of pathogen transmission from sharps and nonsharps injuries and take steps to reduce those risks to yourself, your patients, and your family. Preventing all types of bloodborne pathogen exposures and providing a safer workplace is a goal all of us should work toward.

Nancy Delisio is a nurse educator for the Infusion Nurses Society in Norwood, Massachusetts.

Many people are eager to turn the page and begin the new year due to the COVID-19 pandemic. And, given the added stress on...
Read more
Current Journal

Mitigating this serious threat to health and safety Are you getting the recommended 7 to 9 hours of sleep in a 24-hour period? According to...
Read more
Clinical Topics

Elephant in the room

When there is an elephant in the room, introduce it… Those who watch the news, particularly CNN, have seen the COVID-19 ticker that often appears...
Read more