Breathing through a straw can make you crabby 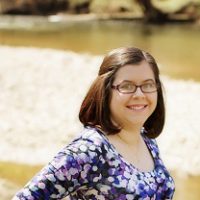 “Wait for me in the breakroom,” Mikki, an ICU nurse of 17 years, said to me. I nodded and headed down the hall. It was my third shift in a row, so I was tired. I sat down in the breakroom and looked through the glass window to see Mikki in room 10 with Robin, the patient we had been passing back and forth over the last 3 days. Mikki tightened Robin’s wrist restraints.

Robin, who had been on our unit for over 2 weeks, was intubated because of respiratory failure. Her course had been complicated by a stomach ulcer that developed after her ulcer prophylaxis had been forgotten for several days. In the previous 2 days, we had tried continuous positive airway pressure (CPAP) trials to see if she was ready to have her breathing tube removed. Each day, she had failed. “Stop it,” Mikki firmly said to Robin. Then, though her wrists were tied to the bed, Robin punched the side rails. Mikki rolled her eyes as she headed my way.

Mikki entered the breakroom wearing her favorite fashion statement—skulls. Yes, skulls. She had skull earrings, a skull necklace, skull scrubs, and skulls on her shoes. An interesting choice for an ICU nurse, I thought wryly. “Okay, today’s CPAP trial so far,” Mikki began, “is a mess. She is a mess. She is just banging on the side rails every chance she gets and acting crazy. DO NOT remove those restraints.”

As Mikki continued to give me an update on Robin’s status, I heard Robin banging her side rails. She looked furious. I sighed; I was in for a long, frustrating day. I glanced at Robin again. Maybe it’s not just anger, I thought. Perhaps it’s also determination. Mikki continued, “minimal, clear secretions; positive cough and gag; breathing 20-30 per minute …” This data could mean Robin is finally ready for the tube to come out,I thought. Breathing through a straw can make you crabby. I smiled and felt some comfort. If I acknowledge her frustration, if I just talk to her and we make a plan together, perhaps…

My thoughts were interrupted by more banging from Robin. It was still worth a try.“Robin,” I said as I entered her room. But she didn’t hear me; she was too busy angrily banging on her side rails. “ROBIN!” I shouted. Robin stopped and looked; she seemed tired. “Breathing through a straw can make you crabby,” I stated. Maybe my earlier thought would make her smile too. She stared, as if deciding what to feel. I braced myself for the banging. Instead, Robin gave me the best smile she could muster through her breathing tube. I’m in.

“Robin, I understand you are frustrated but I need you to listen. We are doing what’s called a CPAP trial. It’s a chance for the doctors to see how you breathe on your own before the tube comes out. I need to do my nursing assessment to see how you are doing so we can make a plan. Can you stay calm for me?” I asked her. Robin nodded. “Okay,” I continued, “I’m going to remove your restraints. Can I trust you?” Another nod.

So far so good, I thought. I removed Robin’s restraints and confirmed Mikki’s assessment findings. Robin was ready. The problems:

After relaying these thoughts to Robin, I continued, “Based on what I see, I think you are ready for the breathing tube to be removed. Try to stay calm and I will check on you frequently. Deal?” Another nod from Robin. Here we go.

Throughout the day, I checked on Robin; she remained calm. Finally, the medical team arrived. I proudly rattled off my assessment data and waited. A resident replied, “I mean, this is the first day she’s done well. Why don’t we just wait another day?”

My heart sank. He was wrong; she was ready. Before I could stop myself, I yelled, “No sir! She is ready!” I then proceed to rattle off every piece of assessment data I could think of to support my stance. When I finished, I felt all eyes on me, shocked at my outburst. The attending physician smiled and simply stated, “What she said.”

I raised my arms in triumph towards Robin. She echoed my gesture. I scooted over to the resident who was entering in orders. “Order to extubate,” I said. “In,” he replied. I hurried to page respiratory therapy and pleaded for a quick arrival. Within 15 minutes, we got the tube out. Robin continued to progress and was transferred to our step-down unit by the end of my shift. She profusely thanked me for my efforts and we hugged goodbye.

If I’ve learned anything in my 10 years as a nurse, it’s that what we do can make people quite crabby. Realize and acknowledge this, explain what’s going on, partner with your patients, and advocate for them. These efforts do not take long and are well worth your time.

Jennifer Chicca is a doctoral (PhD) candidate and graduate assistant at Indiana University of Pennsylvania in Indiana, Pennsylvania.