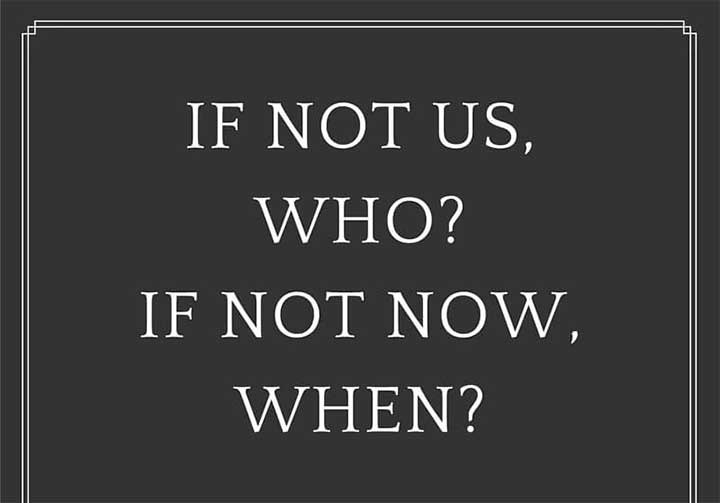 Nurse leaders nationwide promote measure to benefit patient care and RNs’ careers.
To garner support for a measure that promotes initiatives requiring future nurses to obtain their BSN in 10 years to continue practicing, long-time New York registered nurse Karen Ballard invoked the rallying cry during ANA’s recent House of Delegates (HOD): “If not us, who? If not now, when?”
As it turns out, nurses who attended the ANA HOD—a meeting of nurse leaders from around the country—did not need much persuading; roughly 85 percent of the 501 delegates present for the vote approved the resolution.

“The vote shows that state [nurses associations] want to go this way, and I think it’s a reasonable, thoughtful, and doable approach to solving the RN educational conundrum,”  says Ballard, MA, RN, president-elect of the New York State Nurses Association (NYSNA), which along with the New Jersey State Nurses Association (NJSNA), submitted the resolution at the HOD. At issue are too few baccalaureate-prepared nurses who can take on an increasingly complex healthcare work environment and more readily enter master’s and doctoral programs and move into other much-needed roles, such as nurse educator.

In their report, NYSNA and NJSNA cited a recommendation by a 2001 U.S. Department of Health and Human Services panel calling for two-thirds of the nurse workforce to have a baccalaureate or higher degree in nursing by 2010. The majority of staff nurses working today, however, are graduates from associate degree programs and only a fraction continue on to earn higher degrees.

ANA support for a BSN-in-10 requirement as laid out in the HOD resolution would neither affect current RNs nor eliminate the existing and valued educational paths students take to enter the profession, such as through  associate’s degrees and diploma programs. Rather, it only would apply to individuals applying for initial licensure in states where legislation requiring them to obtain their BSN within 10 years has been enacted.

NYSNA and NJSNA, who’ve had wide support from their membership, have worked to get legislation introduced in their respective states this year. And that may be the  beginning.
“At the request of our state associations, ANA has developed a model bill that mimics the  New York and New Jersey legislation,” says Janet Haebler, MSN, RN, associate director of State Government Affairs at ANA. “We also are working on a strategic plan that will be available to other states wishing to pursue such legislation.”
The New York bill, crafted by the New York

Organization of Nurse Executives (NYONE), is patterned after an educational mandate for public school teachers, who must earn their master’s within 5 years of licensure.
However, because RN-to-BSN course requirements are doubled, the proposed length of time to complete the degree also is doubled, according to NYONE Executive Director Claire Murray, MS, RN, CNAA. “It translates to one course a semester,” she adds.

“We always want to provide the best possible care for citizens of our state,” she says. “If we know we can save lives through advanced education, we must make it our professional goal.”
In a landmark 2003 study, Linda Aiken, PhD, RN, FAAN, FRCN, and her colleagues at the University of Pennsylvania School of Nursing found that a 10% increase in the proportion of nurses with a bachelor’s degree was associated with a 5% decrease in both the likelihood of surgical patients dying within 30 days of admission and the rate of failure to rescue. Their new study released this spring reaffirms that important link.

Improved patient outcomes has been the case at Rochester General Hospital in New York, where nurses have been offered incentives to earn their BSN. In 2002, 33% of staff nurses at the facility had their BSN degrees, compared with the current percentage of 47, says Deb Zimmermann, MS, RN, NEA BC, senior vice president and chief nurse officer at Rochester. When comparing quality-targeted data in 2002 and 2007, the rate of patient falls decreased from 4.9 to 3.25 per 1,000 patient days. The medication error rate decreased from 1.66 to 0.82 per 10,000 doses administered. The length of stay declined from 5.6 to 4.6 days.

Nurses also are more satisfied with their jobs; the RN vacancy rate at Rochester has plummeted from 22% to 3%. (This counters arguments that this potential education requirement could fuel the nursing shortage.)

“I’ve always believed that nurses who work at the bedside should be the most educated, not the least educated, especially given greater patient acuity and the complexity of care,” says Zimmermann, a NYSNA member. “When nurses have the tools and education they need, they can provide the best patient care and be better patient advocates. And having greater knowledge really gives nurses more confidence.”

When beginning to strengthen educational incentives in 2002, Zimmermann was able to negotiate a 20% to 25% tuition discount with several area colleges. Four also were willing to conduct courses on site and during off-shifts.

Rochester also upped its tuition assistance from $3,000 to $6,000 a year, and staff nurses were offered more flexibility in their scheduling. About 350 staff nurses are in school each year—with the majority pursuing bachelor’s and many others earning higher degrees.

Zimmermann found that an initial barrier to staff nurses going back to school is their fear of failure. She also discovered that what often helps them finally take the plunge and succeed is teaming up with a coworker.
Edie Miskewicz, RN, knows the feeling of uncertainty tied to going back to school. An RN for 29 years, she decided to work toward her BSN starting in January 2006 and is nearly done. Her motivation has been to strenghten her professional credentials and broaden her career opportunities.
“I knew there would be a big learning curve, including using the educational technology like online study that’s available today,” says Miskewicz, who provides integrative care and wellness services to cardiac rehab patients and community residents through St. Peter’s Hosptial in Albany, New York. “It’s been challenging, but exhilirating. What I’ve found is that getting my associate’s degree taught me the ‘how’ of being a nurse, while the baccalaureate program has taught me the ‘why’ behind certain nursing interventions. It’s also given me a fuller view of the profession of nursing.” She believes the increased emphasis on theory helps build greater collaborative and decision-making skills, while clarifying the distinct nature of the nursing model of care.
Working in cardiac ICU, Brett Morey, RN, BSN, always had to meet critical care competencies, such as advanced hemodynamics and vent care. But completing his BSN theory courses also helped him better understand why he took certain actions. “A nice surprise was that I did learn a lot about my job while getting my BSN,” says Morey. “The courses really expanded upon what I learned through my associate’s degree.”

Morey says the online curriculum focused largely on implementing research and evidence-based practice—crucial to today’s emphasis on meeting quality-performance standards, fulfilling the leadership role, and ensuring competent care to culturally diverse patient populations. “After taking many of these classes, I’ve really changed my approach to patients and their families. And I have a better understanding of post-op patient needs, from teaching to discharge planning.”

Morey didn’t find getting his BSN onerous, and he was fortunate that his facility paid for his education. Since completing the degree a few months ago, Morey says it’s “paid off for him already.” He just landed a combination clinical-administrative position at a Connecticut hosptial, which is an opportunity that wouldn’t have been open to him had he not pursued his BSN.

Making it happen
Miskewicz believes tuition assistance, employer support, and mentoring are critical to staff nurses successfully obtaining advanced degrees. ANA and other nurse leaders agree.
Ballard sees the initiative as a win-win for nurses and employers—especially considering staffing shortages. “It can cost hospitals thousands of dollars to recruit and orient nurses,” she says. “Employers can take those same dollars and put them into work-and-learn programs, and they will have much happier employees.”

Murray also notes that employers now are competing with each other, using education assistance as a nurse retention strategy.

Of course not all states have the same educational resources to help RNs advance their education, and online programs can be expensive. Political environments also may be a barrier. Aughenbaugh believes that the barriers are starting to fall, but it’s imperative that nurses be able to articulate that nursing is an intellectual profession and why additional education is needed.
Haebler points out that other healthcare professions have already strengthened their educational requirements for continued practice. But the bottom line is improving patient care and ensuring a future nurse workforce.

“We need BSN and master’s-prepared nurses who can bring evidenced-based nursing practice to life,” Ballard says. “And we desperately need more nurse faculty for the future of our profession.”