A case of obstetrical sepsis 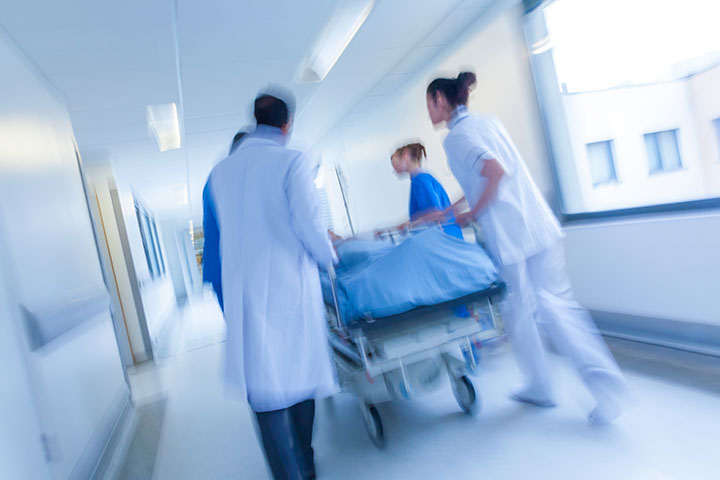 By Debra A. Hrelic, PhD, RNC

Anna*, who’s 25 years old, is 40 weeks plus 3 days into her first pregnancy. She reports uterine contractions, “flulike” symptoms, and “leaking off and on for a few days.”

Your assessment reveals moderate-strength contractions lasting 45 to 60 seconds and occurring every 4 to 5 minutes. Anna’s abdomen is soft between contractions and tender to the touch. A speculum exam reveals positive rupture of membranes (ROM) with minimal purulent foul-smelling fluid leaking from the cervix. You obtain amniotic fluid for culture. The provider’s vaginal exam shows that the cervix is 4 cm dilated, 80% effaced, and at 0 station.

An external fetal monitor is applied and an infusion of I.V. lactated Ringers is started, to run at 125 mL/min after an initial bolus. You draw a CBC and type and crossmatch for 2 units of whole blood. The provider orders penicillin 5 million units every 6 hours and gentamicin 1.5 mg/kg every 8 hours, both given by intermittent I.V. infusion. Sepsis is strongly suspected, making delivery the priority; the provider orders oxytocin augmentation. 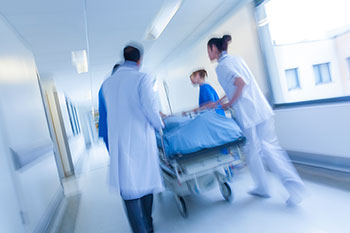 Lab work confirms leukocytosis with a white blood count >18,000/mcL. You know that Anna’s condition can deteriorate rapidly, so you monitor her frequently. She’s now wearing a nonrebreather mask at 12 L/min and her BP is 90/60 mmHg. Anna says she doesn’t have to void, but she hasn’t gone to the bathroom since admission. You insert a Foley catheter as ordered, and 300 mL of cloudy yellow urine drains into the bag. Anna remains febrile, tachycardic, tachypneic, pale, and diaphoretic. Sepsis is all but confirmed.

Four hours after augmentation of labor with oxytocin began, contractions are 2 to 3 minutes apart, 60 to 90 seconds in duration, and strong. Oxytocin is maintained at 12 mU/min. The FHR shows minimal variability with a baseline of 175 to 180 bpm. Anna’s cervix is unchanged.

Thirty minutes later, you notice Anna’s breathing is labored and her RR is 28. On lung auscultation you note bibasilar crackles. FHR shows late decelerations, which are likely caused by uteroplacental insufficiency and indicate fetal distress. Anna is slow to respond and is incoherent. You turn off the oxytocin and open her main I.V. line. You check her oxygen mask and tubing for placement and kinks. You turn her, push the emergency call signal, and raise the bed. You continue to monitor the FHR and explain to Anna what you’re doing and why.

The rapid response team enters, and the provider decides that an emergency cesarean delivery is needed. Anna is prepped and taken to the operating room.

A cesarean delivery is performed under general anesthesia. Anna’s baby girl has Apgar scores of 2, 5, and 7 at 1, 5, and 10 minutes respectively. She’s initially resuscitated and bagged with oxygen before breathing on her own. The baby is admitted to the NICU and treated for sepsis. Anna is transferred to the ICU for continued sepsis-related intervention. The placenta is sent to histology to confirm a diagnosis of chorioamnionitis. Anna and her baby do well.

Chorioamnionitis is diagnosed when maternal fever is accompanied by a minimum of at least one additional clinical condition such as fetal or maternal tachycardia, maternal leukocytosis, uterine tenderness, or foul-smelling amniotic fluid. Prolonged ROM put Anna at risk for chorioamnionitis. Although her cesarean delivery went well, keep in mind that chorioamnionitis increases the risk of complications such as hemorrhage.

Although Anna was contracting well, a dysfunctional labor pattern and failure to progress can occur with oxytocin augmentation in the presence of intrauterine infection. Your quick recognition led to a positive outcome.

Debra A. Hrelic is the RN-BSN academic program coordinator at the University of North Carolina Wilmington School of Nursing (College of Health and Human Services).