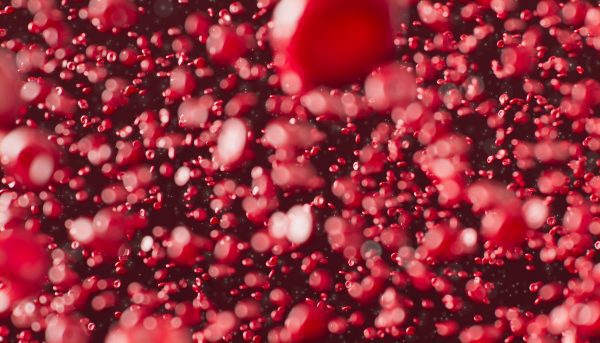 Complete blood count: Getting beyond the basics

If you look at a complete blood count (CBC) only for blood cell counts, platelet counts, and hemoglobin and hematocrit values, you need to take another look. A CBC—especially the red blood cell (RBC) differential—offers valuable information that can point your assessments in the right direction, help confirm your assessment findings, and perhaps even provide an immediate diagnosis.
The RBC differential covers changes inside the RBC, called inclusions, and changes in the shape, or morphology, of the RBC. In this article, we’ll focus on morphology. (See What cell morphology means in pdf format by clicking on the download now button.)

Intravascular hemolysis
In disorders such as hemolytic-uremic syndrome (HUS) and disseminated intravascular coagulopathy (DIC), clots form in the vascular system in response to a trigger. In HUS, infection usually creates a triggering toxin. In DIC, the trigger can be gram-negative sepsis, trauma, or even pregnancy problems. Regardless of the cause, clots form in the microvasculature, and RBCs become tangled in a network of fibrin strands throughout the body. Eventually, a mass forms, occluding the blood vessel. However, as soon as blood clots start to form, the body begins to dissolve them. The fibrin strands are cut by enzymes, releasing RBCs that were damaged by the fibrin strands when the clot solidified.
RBCs may also be sheared by running into the fibrin strands at high velocity, as occurs in malignant hypertension. Fortunately, RBCs have unique self-sealing properties because of their elasticity. However, these damaged RBCs become more rigid and deformed and can contribute to more blood vessel occlusion.
Two findings on the peripheral blood smear suggest that RBCs were damaged by fibrin strands—schistocytes and helmet cells. The prefix schisto means split or cleft, which describes schistocytes. Some are diamond-shaped, some are triangular, and some are somewhat round. All are deformed by their interactions with fibrin strands.
Helmet cells are RBCs with a specific defect after injury by a fibrin strand. The RBC appears nearly circular except for a flattened portion that looks like the base of a helmet. Helmet cells are less common than schistocytes.
Infrequently, these fragmented cells appear in normal patients because the body is always repairing damaged tissue, such as small tears in blood vessels. In normal patients, the number of schistocytes is small, typically less than 0.5% of all RBCs. If the number is larger, you know fibrin is involved—either in a large clot, such as a pulmonary embolus, or in diffuse microscopic clots, as in DIC, HUS, or thrombotic thrombocytopenic purpura. Cell fragments also result from HELLP (Hemolysis, Elevated Liver Enzymes, Low Platelets) syndrome, occurring in pregnancy, malignancy, and malignant hypertension. Less common causes include malfunctioning mechanical heart valves, atrioventricular malformations, calcific aortic stenosis, left atrial myxoma, and Kasabach-Merritt phenomenon (giant hemangiomas).

Extravascular hemolysis
Extravascular hemolysis occurs outside the RBC and isn’t caused by fibrin or clots. The spleen, which plays a vital role in removing schistocytes and helmet cells, can also remove or fix other dysfunctional RBCs such as spherocytes.
Normal RBCs look like biconcave discs, but spherocytes are shaped like balls, which makes navigation through the spleen difficult. The spleen has areas of white pulp and red pulp that RBCs must pass through to return to normal intravascular circulation. While in the pulp areas, RBCs are exposed to macrophages that poke and prod them to determine if they are normal. If they have faults, the spleen destroys them and recycles the iron, or it remodels them to fix the fault.
Then, RBCs must pass through a slit only 2 to 3 microns in diameter. A normal RBC is 8 microns in diameter, but its biconcave shape allows it to bend and deform to make it through this small slit. Spherocytes can’t deform, so they become trapped and are destroyed.
Splenomegaly can cause spherocytes, too. An enlarged spleen has an increased ability to remodel RBCs and an increased distance that RBCs must travel to get back into circulation. Plus, the shape of the small slit may be distorted, which can increase the amount of time needed to get through it. The cell distortion needed to navigate the slit may become permanent, resulting in a tear-drop cell.
Ovalocytes are egg-shaped RBCs commonly associated with vitamin B12 or folate deficiencies or megaloblastic anemias. The more severe the deficiency, the more prevalent the ovalocytes. Ovalocytes are frequently destroyed in the spleen, causing anemia.

Spiculated cells
A spiculated RBC is an RBC that has one or more spikes—or thornlike projections on the cell membrane. The most severe spiculated RBC is the sickle cell. Sickle-cell patients have a single amino-acid defect in the hemoglobin molecule that causes RBCs to permanently deform in conditions of hypoxemia.
Other spiculated cell types include acanthocytes—acantho means thorn—and their spleen-remodeled cousins, spur cells, which are RBCs with spikes of different lengths scattered irregularly on their surface. Spur cells are common in liver disease. Their shape changes in part because of excess cholesterol levels and defects in the cell membrane.
Echinocytes—echinate is Greek for hedgehog—or burr cells, have 10 to 30 rounded protrusions of equal length evenly distributed along the cell surface. Burr cells are most common in patients with uremia. They may also appear as an artifact introduced by improper slide preparation. Both causes are related to the hypertonicity of the surrounding fluid. In uremia, the urea causes the cytoplasm to seep out in an attempt to balance the tonicity of the RBC with that of the blood serum.

Target cells
Target cells are RBCs with an extra dollop of hemoglobin in the normally pale center of the cell. These bell-shaped cells have a central red area that gives them a bull’s eye appearance. The changes result from a cell membrane deformity caused by cholesterol deposits. Target cells can also occur with hemoglobinopathies that affect hemoglobin C, D, E, and S and with xerocytosis, a potassium imbalance that causes RBCs to dry out.

Numbers matter
The body produces billions and billions of RBCs every day, so you should expect a few errors. But if the number of affected cells is characterized as moderate or marked, the patient may need further assessment and testing.
A few ovalocytes, for example, may mean nothing, but if the number of ovalocytes is listed as moderate or 2+, the patient may have vitamin B12 deficiency—even if the RBC count is normal. In the early stages of anemia, the body can compensate for a slight RBC deficiency by increasing RBC production. The ovalocyte finding, however, can be an early clue that leads to more testing and a diagnosis.

The differential makes a difference
You can find all these changes in RBC morphology in the RBC differential that accompanies the CBC. And if you know which disorders cause which abnormal RBC shapes, you’ll be able to direct your assessment more efficiently and identify your patient’s problem more quickly.

Henry Geiter, Jr is a Staff Nurse in the critical care unit at Tampa General Hospital in Florida; owner of www.Nurse411.com, a free resource for nurses; and a national speaker