Creating a Magnet® culture using the ANA Code of Ethics 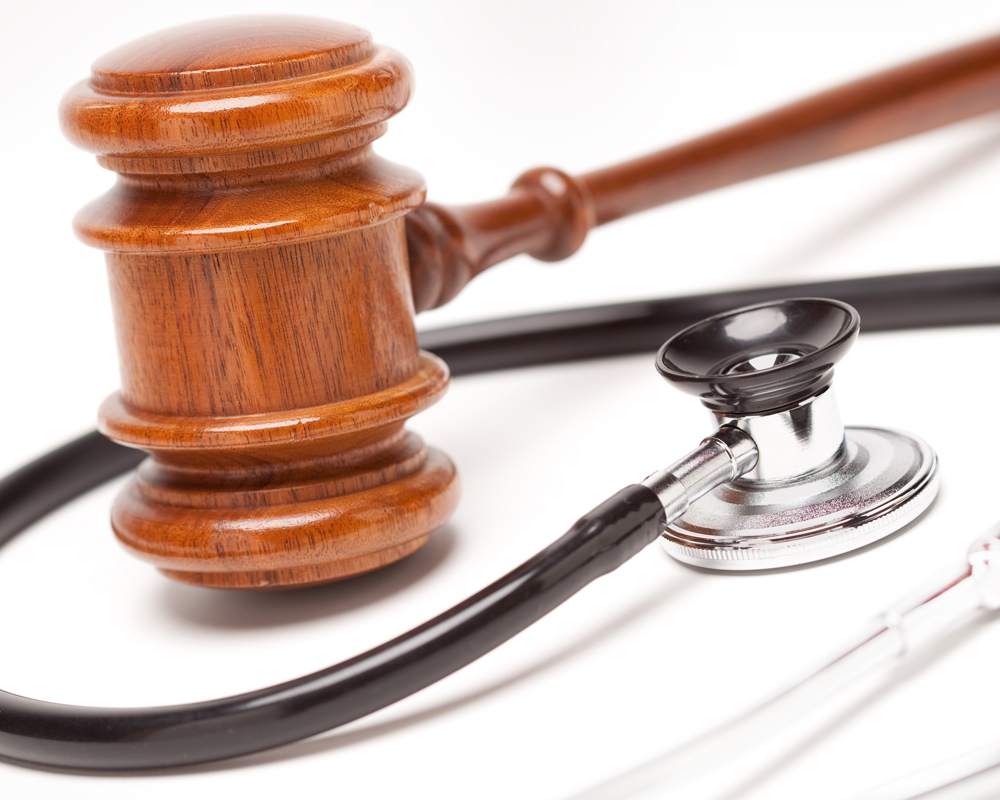 Every day, nurses care for patients who are frightened, in pain, or facing life-changing
problems. Patients believe we will recognize and respond to their individual needs. According to the annual Gallup survey, nursing is regarded as the most trusted profession. For 10 straight years, nurses have captured the poll’s top spot, with 84% of Americans rating nurses’ ethical standards as high or very high. What an honor—especially when you realize the high level of perseverance needed to achieve excellence in patient care every day.

But how can we be sure we’re doing our best for each patient? How do we navigate the conflicting expectations and distractions inherent to nursing care?

Part of the challenge for our hospital’s Magnet® workgroup was to close a gap in practice among our nurses regarding the ANA Code of Ethics for Nurses. It wasn’t enough to simply teach this content. Nurses needed to integrate the Code’s provisions into practice at all levels of the organization.

Actually, our initial discussion of how to do this centered on the best way to check this task off
our “to do” list so we could meet the criteria for achieving Magnet Recognition®. We never imagined we’d end up tapping into a longing, a desire for wholeness, in how we care for patients that nurses felt had been missing. We assumed we’d simply read the Code, pull the most significant ideas into an action plan, and be done.

As it turned out, we had more in store than creating a basic presentation. As we began studying the Code, we were surprised by how little we knew about its provisions. Our workgroup included a nurse educator, a nursing director, and three clinical nurse specialists. We’d all graduated from different types of RN programs, yet we knew little about the Code.

We found reading the Code and understanding it somewhat slow going, because the provisions are broad and rich with significance. As we began to see how crucial its content is to nursing practice, we knew we had to be persistent in creating a program that would influence cognitive and affective domains of learning. So we sought to instill our ANA Code of Ethics for Nurses program with the power to transform practice.

Participants of the first class in the program were nursing staff leaders. Team building and affirmation were fundamental to our plan. We created readiness for learning about the Code’s provisions by having nurses identify their personal values and share these with each other. We hoped that doing this would give them a sense of affirmation and solidarity.

Next, we discussed the nursing department’s values and mission statement, written by our
nurse practice council; then we reviewed our organization’s values. We posted both sets of values on the wall so nurses could compare them side by side, and broached the possibility that personal and organizational values might be out of alignment. Many of us have experienced moral distress because of conflicting values. Acknowledging this distress magnified the benefit of bringing personal, departmental, and organizational values into harmony.

Later, we brought this discussion full circle by comparing all previously discussed
values with the values emphasized in the Code. The words used may not be identical, but
strikingly similar ideas appear across the board. Participants realized their values were congruent with those of the nursing department, the organization, and the Code.

The main portion of our program rests solidly on the Code’s nine provisions. We sought to eliminate potential barriers to understanding by breaking down the wordier provisions. We didn’t change the wording; we simply highlighted the key concepts.

The first three provisions describe the nurse’s most fundamental values and commitments to the patient. The next three center on the boundaries of duty and loyalty in the nurse’s role. The last three address nursing activities beyond individual patient encounters. Case studies
at the end of each chapter enhance understanding. We used a mix of case studies, activities, and personal stories to keep the program interesting and increase retention of the concepts.

Personal storytelling is a powerful way to maintain interest. An example of a personal story relates to provision 1, which addresses compassion and respect. (“The nurse, in all professional relationships, practices with compassion and respect for the inherent dignity, worth, and uniqueness of every individual, unrestricted by considerations of social or economic status, personal attributes, or the nature of health problems.”) In the early 1980s, coauthor Sharon Thompson worked in the emergency department of a large children’s hospital. She helped care for hundreds of children with hemophilia, giving them transfusions of factor VIII or IX to stop their bleeding after an injury. Each bottle of freeze-dried factor was pooled from hundreds of donors; it wasn’t unusual to reconstitute several bottles for an adolescent, which represented thousands of donors. At that time, blood products weren’t screened for viruses.

The first case of AIDS was reported in 1981. In some communities, hysteria over AIDS transmission was rampant. Many people feared that anyone or anything that might have come in contact with someone who had AIDS was potentially contaminated. In some areas, community pools were drained and grocers threw out produce that had been touched by someone who looked sick. In those early years of the AIDS epidemic, half of hemophiliac children contracted human immunodeficiency virus (HIV) from unscreened blood products. Those Thompson cared for who became HIV-positive were spat on and called names. Some were banned from public schools, and they and their families received threats. Our hospital became a safe haven for them. For many, it was the only place where they were accepted, talked to, and hugged. The lesson Thompson learned was that sometimes compassion takes courage, performed through small actions with love.

Provision 4 of the Code states, in part: “The nurse is responsible and accountable for individual nursing practice.” When discussing this provision, we acknowledge nurses frequently experience barriers that make their work difficult and diminish their sense of safety or respect as professionals. But we empower our nurses with tools to address workplace concerns. Our discussion of the ANA Bill of Rights for Nurses strengthens their resolve.

We also work to free nurses from certain perceptions. One method we use might be called extreme cheerleading. The central concept of provision 5 is wholeness of character. We distinguish between a person who is a nurse and someone who “does nursing.” Being a nurse reflects consistency of character in all circumstances; “doing nursing” suggests an activity void of accountability and responsibility. We take the concept of being a nurse even further by moving from contemplation to competition: We divide the room into two teams, have them both cheer “I am a nurse!”, and decide which team is cheering the loudest. (Chocolate and pompoms play a role here.) The effects of this activity live on long after the program ends. It’s not uncommon for a nurse to greet one of our workgroup members with “I am a nurse!”

One of our case studies illustrates provision 8 of the Code, which addresses collaboration to promote health at the community, national, and international levels. A key challenge of this provision is to avoid imposing our own cultural values on others. We deliberately chose this case study because, although our community is fairly homogeneous, we recognize the importance of fostering cultural competency to show respect, maintain patients’ dignity, and individualize patient care. This case study makes the point that nurses need to respond to a patient in light of that individual’s cultural values, not their own. It’s effective because it’s told from an observer’s perspective and consistently promotes insight from nurses in the program.

After reviewing the nine provisions of the Code and discussing examples of each, we broke into small groups for an interactive activity. Each group was assigned three code provisions; group members discussed common nursing actions that reflect each provision. The best examples of how direct-care nurses fulfill the code’s provisions in their daily nursing care came from the nurses themselves. The limited class size promoted interaction, personal storytelling, encouragement, and team building. At the end of our workgroup time, participants shared their ideas with the rest of the class. As a result, nurses could identify the part the Code’s provisions play in their nursing practice on a day-to-day basis.

Commitment to the Code

Our program commissioned participants to live the Code. At the end of the program, each participant received a lapel pin exclusively designed for the program. (See Lapel pin.) Also, we conveyed a sense of honor for attending the program by having participants identify a peer whom they’d like to see attend the next class.

Program evaluations produced qualitative data around the common themes of values meshing, clear understanding of the Code, and pride and rejuvenation. Here are a few of the comments we’ve received: “Now I remember why I became a nurse.” “This is awesome!” “I used to just come to work for my shift. I now understand I’m part of something bigger.” Many unit practice councils have organized study groups, and we expect this trend to continue.

What’s more, we saw our ethics-committee consults double, with many situations focusing
on moral distress. Professional organization membership climbed, too; within 4 months,
membership in the Academy of Medical-Surgical Nurses grew from one nurse from our hospital to 22. In 2008, only 37% of our nurses had a bachelor’s or master’s degree in nursing and just 7% had professional certifications. By 2011, 56% held a bachelor’s or master’s degree and 34% held certifications.

What has touched us the most are comments from patients and family members: “They turned our tragic family situation into a memory that will always be cherished.” “The nurses treated us like we were the only ones there.” “The compassion I was shown helped me mentally, so I had the strength to help myself physically.”

Nurse self-evaluations and peer evaluations have been revised to incorporate the Code’s
framework. Changing the evaluation tools has triggered the process of enculturating the Code’s values in nurses from the time they’re hired. We’re pleased to see them sustaining these values in their practice.

We encourage you to live the Code’s concepts and act as a role model for others in your nursing practice. Use your leadership talents to sustain these concepts in your environment and among your peers.