DC Fil-Ams speak out on Trump and immigration 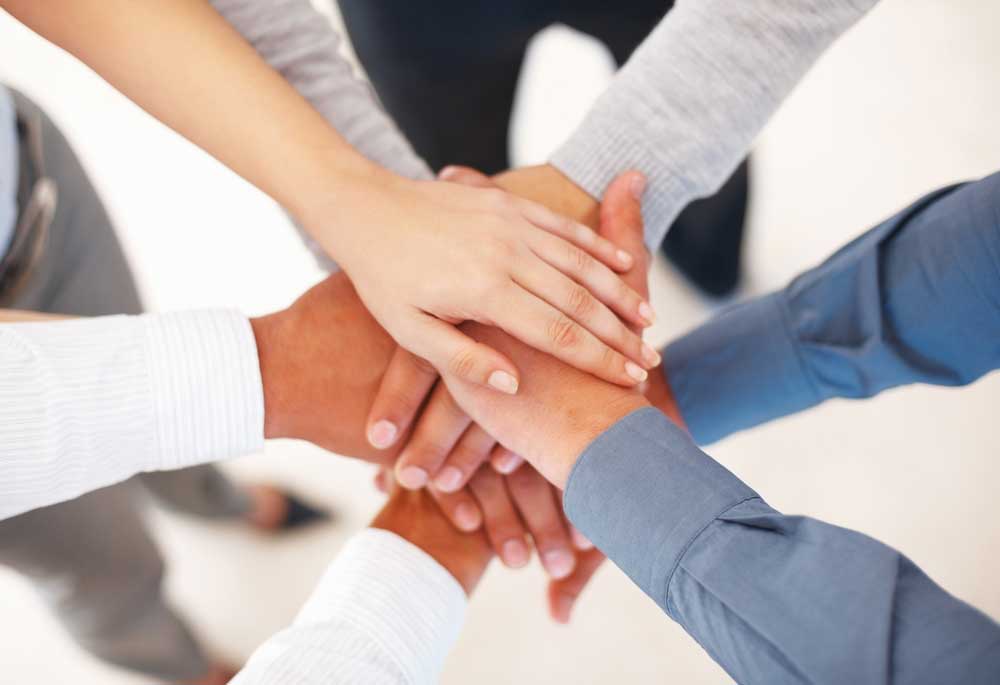 WASHINGTON, DC – What was billed as a briefing by immigration and justice department officials to provide the Filipino community here accurate information on current US immigration policy inevitably turned into a forum on President Donald Trump’s attitude towards immigrants.

The Philippine Embassy’s recent “Talakayan sa Pasuguan” (Community Forum) featured representatives from the US Immigration and Customs Enforcement (ICE) and the Department of Justice-Executive Office for Immigration Review (DOJ-EOIR).

It came about following a conference call organized by the National Federation of Filipino American Associations (NaFFAA) last March, in which the Philippine Embassy and other civil rights organizations participated.

Darell Artates, public diplomacy officer of the Philippine Embassy, the call saw the need to give the Filipino community accurate information on the current administration’s immigration policy and enforcement guidelines.

Artates notes that ICE and the DOJ-EOIR are two of the major implementing agencies and, therefore, the authoritative sources of this information.

“Our Consulates across the US have also been hosting similar dialogues with the Filipino community leaders and ICE community affairs officers in their jurisdictions to serve this purpose,” Artates adds.

ICE, which was created after 9/11, has 20,000 employees and 400 offices across the U.S. with a $6 billion budget. Part of their function is to protect Americans, prevent terrorism, child exploitation (through online solicitation) and human trafficking. In his executive orders, Trump has called for boosting the ranks of Border Patrol forces by an additional 5,000 agents as well as for 10,000 new ICE officers to carry out deportations.

In her opening remarks, Barbara Gonzales, ICE assistant director for Stakeholder Engagement, said that “Immigration is a complex issue, it is an emotional issue, and an issue that isn’t quite understood very well. That’s why this type of forum and engagement is important to our agency and our government.”

A forum on Trump

But based on questions raised during the Q&A, the event also became a forum on President Trump, who campaigned on a platform of aggressively cracking down on illegal immigrants. To carry this out, Trump has vastly expanded the definition of “criminal aliens” to include “unauthorized immigrants” who “disregard the rule of law.” He also vowed to form a “deportation force” to implement his directives.

Concerns about this crackdown became immediately apparent soon as Gonzales began her presentation. “President Trump made it clear, through an executive order that was issued earlier this year, that no one will be off the table when it comes to the enforcement of our immigration laws,” she said emphatically. “Whether you committed a crime or not, but you are in violation of immigration laws, you are subject to removal.”

“I also felt a chill go up my spine as I listened to you,” she said, directing her remarks to Gonzales and echoing what another person said during the open forum. “Arresting people who simply violated immigration laws but have not committed serious crimes does not resonate well with me. This is scary.”

Gonzales responded by explaining that ICE is careful to distinguish between “criminal aliens” and “violators of immigration law.” It is nonetheless a “federal criminal act,” which is in the statutes, she said. “People have to come here the right way.”

At some point during the Q&A, John Schultz, ICE Deputy Assistant Director for Enforcement and Removal Operations, cited the number of undocumented Filipinos who were deported in the last four months: Of the 140 removals, 94 are “convicted criminals.”

The 46 others were deported for “overstaying” (or being out of status), “entering illegally,” committing misdemeanors but not convicted, and seeking asylum by “claiming fear.”

He also pointed out that in the last two years of the Obama administration, Filipino removals totaled 183 in 2016 and 196 in 2015.

There are an estimated 300,000 undocumented Filipinos in the U.S. today.

While the number of Filipino deportees is small compared to Mexicans who have been sent back, the total figures overall reflect an alarming shift.

According to Politico, a Washington DC-based newspaper that covers politics and policy, ICE arrested 21,362 immigrants from January through mid-March, a 32-percent increase over the same period last year. That tally included 5,441 non-criminals, double the number arrested a year earlier.

“The interior enforcement executive order that Trump signed during his first week in office dumped the Obama administration’s practice of prioritizing the arrests of serious criminals — a policy that allowed low-level immigration offenders to fly below the radar,” Politico noted. “If they encounter someone who is out of status, even though they are not targeting that person, they can now take them into custody.”

How undocumented immigrants are treated under custody and the conduct of immigration court proceedings prompted Kaelyn Yumul Wietelman, a Filipino American student currently interning at the Washington, DC office of the National Asian Pacific American Bar Association (NAPABA), to ask if detainees are provided language assistance and interpreter services.

Gonzales replied in the affirmative, with assurances that detainees are “treated in a humane way, with dignity and respect, and accorded due process.”

Indeed, White House guidelines have called not only for thousands of extra federal agents to be hired and local law enforcement to be enlisted to expedite arrests, but also for more immigration judges to be deployed.

But the change in policy is less about numbers than about who’s being targeted, immigrant rights advocates say. “What’s really interesting here is how much of the difference seems to be rhetorical,” Cecilia Muñoz, former President Barack Obama’s policy director, told Politico. “By talking tough, they have unleashed officers who now feel like they can do whatever they want.

The overzealousness of ICE agents apparently weighed heavily in Navarro’s mind when she asked Gonzales about the administration’s assault on sanctuary cities: “It’s what’s creating tension and stoking fear and panic in immigrant communities. Why the sudden change, why go after people who have no criminal records whatsoever?”

Gonzales replied that “the environment has changed” and that “public safety” is the top priority of the administration, which is intent on “effectively dealing with criminals.”

Diana Pliego of the National Immigration Law Center wanted to know about mass arrests taking place in courts, discouraging undocumented immigrants seeking legal relief to stay away for fear of being arrested.

Gonzales explained that ICE agents avoid “sensitive places” like courts, churches, schools and hospitals unless they have good reason to do so for the sake of national security or public safety.

But that’s not very reassuring to Pliego. “It matters that Trump is president,” she says, sharing the concern raised by others in the audience who view administration policy as being shaped by fear of immigrants in general.

Weitelman agrees. “I personally believe that policy-making should not be motivated by fear, but rather by accurate data that is integrated with the stories people tell—such as the experiences of immigrants,” she says. “Rhetoric based on fear, stereotypes, or assumptions denies the opportunity for humanity to have thoughtful and constructive policy-making efforts.”

Weitelman’s parents immigrated from Angeles City to the United States in 1987, before she was born. “My father had only $8 in his pocket when he arrived,” she says. “I am very grateful for the sacrifices my parents made to immigrate and create a new home in California where I was born.”

The shift in immigration policy was also an issue raised by Josie Moralidad Ziman of Alexandria, Virginia an immigrant from the Philippines, who asked: “What’s the difference between immigrants today and immigrants from a hundred years ago?”

Gonzales said she did not know. Someone from the audience rose to point out that immigrants who came to the US a hundred years ago were mostly white, while recent immigrants are people of color, mostly coming from Africa, Asia, Latin America and the Middle East.

“It should be obvious to everyone how color has shaped today’s immigration policy,” Ziman says.

Nelson Garcia, president of the Washington Intergovernmental Professional Group and a former Congressional staff member to three members of Congress, says he doesn’t believe the Trump Administration has any coherent policy on immigration.

“I think at the end of the day, Mr. Trump, though loathe to admit it, will continue to pursue the Obama and Bush policies of targeting criminal elements while lowering the priorities of those who have been here for a long time.”

Garcia adds: “Even on issues such as building a wall and having Mexico pay for it, he has shown no legislative acumen in formulating language that would get any of his immigration policies become the law of the land. The current ban on immigrants from certain Muslim countries was an extension of that. It was haphazardly put together, with no input even from career experts in the various governmental agencies. His Executive Order had to go through numerous judicial review before a more watered-down version was allowed to move forward, and even then, will have to wait until the Supreme Court rules on the constitutionality of the overall policy later this year.”

Meanwhile, First Secretary and Consul Katrina Borja-Martin of the Philippine Embassy, who moderated the panel discussion, assured “Filipino nationals in distress irrespective of their immigration status,” that they are welcome to seek assistance, “subject to certain procedures and qualifications. Our doors are always open to hear your respective cases so we can advise you appropriately.”