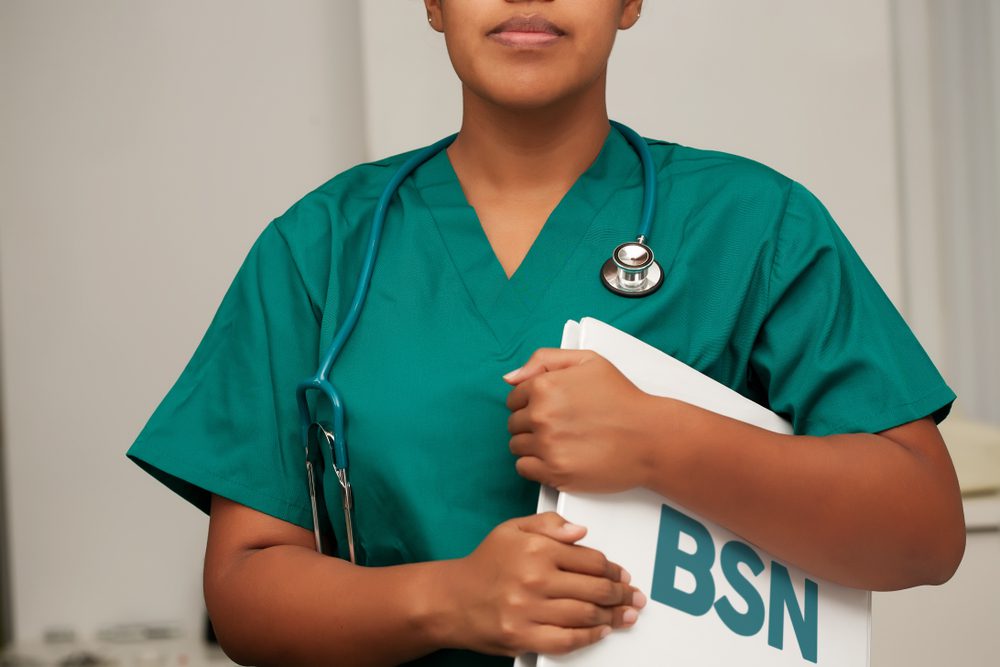 Do you have a BS or a BSN? Does it matter?

Christina is concerned when she learned that she would graduate with a bachelor of science (BS) degree with a major in nursing, not a bachelor of science in nursing (BSN). Christina lives in New York State and has repeatedly heard about the 2017 legislation referred to as “BSN in 10”. Does this mean she will have wasted her time and money obtaining the wrong degree? Is a BS with a major in nursing different from a BSN? Christina goes online to find an answer and becomes more confused. She considers calling her board of nursing to see what they say.

Christina does not need to worry. While state boards of nursing or boards of education may vary, in New York State there is no difference between the BS with a major in nursing and the BSN. Nursing education is regulated by the New York State Education Department, and both degrees have the same requirements. All new baccalaureate nursing programs are licensed to award a BS with a major in nursing.

But what about nurses who live in other states? What is the position of professional organizations and other leading sources?

The Magnet Recognition Program® requires that “100% Nurse Managers must have a degree in nursing (baccalaureate or graduate)”. This requirement does not differentiate between a BS or BSN degree, only requiring that the focus is nursing as opposed to other majors.

The American Association of Colleges of Nursing (AACN) also doesn’t differentiate between a BS with a major in nursing and the BSN. It states, “The four-year Bachelor of Science in Nursing (BSN) degree provides the educational and experiential base not only for entry-level professional practice but also as the platform on which to build a career through graduate-level study”.

Of seven textbooks on professional issues in nursing, all of which described nursing education, only one (Catalano) considers the difference between a BS with a major in nursing and the BSN. Catalano indicates that both the BS in nursing and the BSN have the same educational requirements. The author adds that although the BSN is a professional degree, it lacks some of the requirements of an academic BS degree, such as general education courses. He describes the BS with a major in nursing as a “full academic college degree”.

Other authors describe a baccalaureate degree as consisting of 4 years of nursing education in institutions of higher learning without differentiating between a BS or BSN degree. Some authors describe a baccalaureate nursing program as a program that includes upper division (junior and senior year) nursing courses after 2 years of liberal arts. While this may be true for many universities, many others begin nursing courses in the first or second year and continue to integrate the liberal arts throughout the 4 years.

Daly and colleagues state, “In 1964 the American Nurses Association (ANA) proposed a goal of mandating BSN education as the basic entry level by 1985”. The position paper, published in the American Journal of Nursing in 1965, stated “the educa­tion for all those who are li­censed to practice nursing should take place in institu­tions of higher education” and that “minimum preparation for beginning professional nursing practice at the present time should be baccalaureate degree education in nursing”. The position paper did not differentiate between the BSN and a BS with a major in nursing.

All the evidence supports the conclusion that a BS with a major in nursing and a BSN are essentially equivalent.

Christina is relieved to know that her bachelor’s degree will prepare her to begin her career in nursing and that it will be recognized when she decides to pursue a master’s degree someday.

Susan LaRocco is dean and professor of the school of nursing at Mount Saint Mary College in Newburgh, New York.