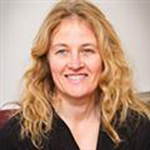 Do the clothes nurses wear at work define their identity as a professional? Currently, the traditional white uniform is rarely worn in the clinical setting. For the nurses who equate this uniform with part of their professional identity, this is disheartening. There are many contributing factors to this trend, including portrayal by the media of a white uniform as a sex symbol. At a recent pinning ceremony a new graduate nurse was ridiculed by a faculty member for wearing her mother’s nursing cap. She was told that the cap and white dress made her look like a “porn queen.” While this behavior on the part of a faculty member is reprehensible, it highlights the fact that the traditional white uniform, worn proudly by many registered nurses is no longer universally recognized as a symbol of caring, compassion, wisdom, experience and professionalism. It is important to the nursing profession that nurses present a professional appearance and recent evidence suggests that some patients and nurses view the white uniform as a symbol of professionalism. Perhaps it is time to reconsider this concept; the white uniform provides patients with a consistent, easily recognizable visual symbol of the nursing profession.

For some, putting on the traditional white uniform educes an immediate sense of pride; as though they are donning an identity. This action triggers a sense of purpose, assisting the nurse to shift the focus from the distractions of everyday life to the requisite hypervigilant state of the professional nurse. At one time donning the traditional uniform evoked recollections and memories of the time invested in preparing for and entering the profession and the educational experience that earned them the right to wear it. These memories may help dispel the potential insecurities that could threaten the nurse’s feeling of competence and inspire confidence in their abilities. This white uniform was a symbol of identity signifying professionalism.

Nurses highly value their public image; voted the most trusted profession, the nursing community garners respect and recognition for their important work. This is clearly evident through the recent outcry in the Nursing community that ensued following remarks by Joy Behar and Michelle Collins, TV hostesses of “The View.” Behar and Collins were discussing a monologue presented by a registered nurse during the Miss America pageant. Joy Behar asked, “Why does she have a doctor’s stethoscope on?” The response from nurses was almost instantaneous; social media was inundated with nurses describing the essence and value of their profession. Much resentment was expressed that a stethoscope was identified as a doctor’s tool. Such confusion is fathomable as there no longer seems to be a universally recognizable symbol that represents the nursing profession.

All things considered, it is understandable that the public links certain tools or clothing to specific professions. Many jobs or professions are identified by a particular uniform: police officers, firefighters, and military personnel wear their uniforms with pride. Beginning in the 19th century, nurses wore clothing that identified them as being in the nursing profession. The uniform evolved from servant’s attire to a traditional white uniform signifying competence and integrity. In the last two decades nurses have abandoned traditional attire for a less formal mode of dress. Most nurses wear scrubs of any design; their selection depending on their specialty or merely a preference. In the hospital setting, it is nearly impossible to identify health care providers solely based upon their uniforms as many other disciplines also wear scrubs. This practice often causes confusion for patients. Patients have been known to mistakenly ask housekeepers to assist with a personal need or to request medication from a physical therapist. Such confusion often leads to frustration for patients and families. Patients deserve to be able to clearly identify their providers and while nametags are important, they have innate disadvantages. It is important to therapeutic relationships that patients can easily recognize their nurse and thus begin the important task of establishing trust.

Nurses have very few outward symbols that identify them as nurses. The profession deserves a distinct identity, one that will highlight the crucial and unique role of a nurse. Perhaps it’s time return to the traditional white uniform; donning an identity with pride.

Barbara Pinchera is professor and traditional undergraduate coordinator in the division of nursing at Curry College Milton in Milton, Massachusetts.