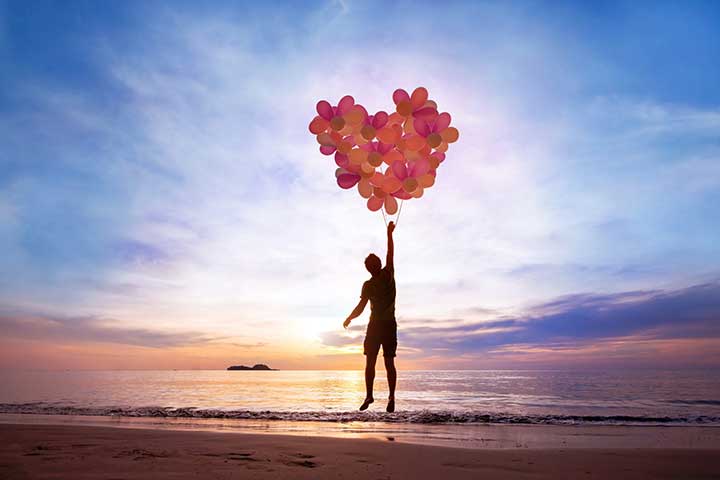 Since the first emotional intelligence (EI) research in the late 1990s, EI has rocked the business world and challenged leaders and employees from dozens of professions to work differently. After hundreds of research studies, several dozen of them in nursing, some findings are clear. The highest performers, both in leadership and clinical practice roles, also have the highest measured EI scores. Emotional intelligence has been correlated with improved retention, less burnout, and both physical and emotional wellness in nurses. Patients’ perception of nurse caring has been correlated with measured nurse EI, and there is evidence that EI skills correlate with professionalism and expert practice.

What is emotional intelligence?

Several models of EI are in use. Much of the existing nursing EI research is based on the Ability Model, which defines EI as a set of abilities that can be learned, improved, and taught to others. According to John Mayer and Peter Salovey, psychologists who coined the term “Emotional Intelligence,” EI is made up of four basic abilities:

Correctly identifying emotions in self and others

This ability sounds easy…but it isn’t. Imagine a patient who confronts you angrily. He appears angry, he acts angry, and he sounds angry. But when you talk with him, you realize that what looked like anger at first was really something else. Perhaps he was really very frightened, frustrated, or even ashamed. If emotions are not identified correctly, a particular nursing intervention may be not only inappropriate, but even harmful.

My patient was a young man admitted to the ICU for a self-inflicted gunshot wound to the head. He had attempted suicide after coming out of the closet as a gay man. His mother, a stern and stoic woman, visited him every day. At each visit, she had angry exchanges with the nursing staff. She continually criticized his care, even blaming nurses for changes in his condition. Her angry behavior alienated the staff and isolated the family. One day, in the face of yet another tirade, a nurse quietly said to her, “Do you know this isn’t your fault?” The mother, caught completely off guard, immediately burst into tears and sobbed inconsolably in the nurse’s arms. This emotionally intelligent nurse had correctly identified that what appeared on the surface to be anger was in fact deep guilt. Only when she looked past the angry behavior and spoke to the guilt was she able to reach this woman who in reality was in terrible pain.

Identifying emotions correctly is also important for collegial and team relationships. I recently observed a hostile interaction between a nurse and a physician. Both parties were competing for “who was right” about a patient-care issue. Leaving the interaction, the nurse made several negative comments blaming the physician for the interaction. Later, I found the nurse in tears. She said, “I’m never good enough; he always makes me feel stupid.” As we talked about her relationship with the physician, she came to realize that feelings of inferiority drove her into repeated conflict with him. She tried to prove her worth by challenging his care decisions. Once she correctly identified her emotions, she was able to make better choices in this problem-prone relationship. As she did this, her relationship with the physician improved dramatically.

In complex situations, people with good EI skills use emotions to reason more effectively. When nurses do this, feelings inform their reasoning. At the same time, reasoning also informs their feelings. I call this the ability to “think/feel.” It may be, as some nursing research suggests, that what nurses often call “intuition” or “trusting your gut” is really this ability to “think/feel”! CS: I changed singular nurse above to plural to match plurals used elsewhere in paragraph.

In the ICU one day, I had a series of interactions with my patient’s family that left me feeling angry. Other nurses usually describe me as kind and unusually compassionate with families. But for no apparent reason, every interaction with my patient’s son left me feeling increasingly angry. There came a point when I decided to accept my anger as data, some kind of important information about the situation. In EI terms, I used my emotions to inform my reasoning. Only then did I realize that the son had behaviors that were very manipulative. I was responding with anger to his continuous subtle manipulation. When I used my emotions in the reasoning process, I was able to identify the family member’s behavior and problem solve the situation more effectively.

I realized that the son’s manipulative behavior was the result of the family’s lack of trust in the nursing staff. A short family meeting with the staff addressed and quickly resolved the trust issues. The manipulative behavior stopped, my anger never returned, and the patient’s care improved. I also came away from this situation having learned something about myself. For me, anger may be an early indicator that I am in a situation in which I am being manipulated.

The third ability that makes up EI is the ability to understand emotions. This involves knowing about emotions themselves, the way they evolve, change, and blend with each other. A good example of this is the grieving process. Nurses are well versed in the phases of grief—shock, anger, denial, and acceptance. Part of understanding these phases is the knowledge that they are not linear, but rather may cycle back and forth. A newly diagnosed cancer patient may have gone through initial shock and denial and finally have begun to show signs of acceptance, only to cycle back to anger or denial. An understanding of grieving in all its dimensions is crucial for effectively working with grieving patients or family members.

An emotionally intelligent hospice nurse I worked with shared an example of this with me. A deeply caring nurse who typically had close emotional relationships with her patients, this nurse was having difficulty getting through to one of her patients who was close to death. She could not connect with him, nor get close enough to identify what his feelings and concerns were. In the end, her understanding of the final stage of grieving, withdrawal, changed her perspective on the situation. She remembered that as grief is resolved, dying people often begin to withdraw from others. This introversion isn’t a rejection of other people, but rather a continued positive movement into the experience of death. Her understanding helped her to respect her patient’s emotional boundaries and also helped his family understand what felt to them like rejection. As the nurse understood her patient’s emotions, she was able to care for him more effectively.

Understanding emotions is also an important skill for stress management and burnout prevention. A close coworker was one of the most emotionally intelligent nurses I knew. She was particularly good with dying patients and their families, and regularly took on the most challenging assignments. At one point in her career, over a period of months, she began to complain that she was feeling more and more detached. She regularly bitterly joked, “They don’t pay me to care.” She chose to do a school assignment on burnout and to her alarm found that the detachment, withdrawal, and cynicism she was experiencing were classic signs of professional burnout. Equipped with this understanding, she decided to intervene in her own burnout process. She diagnosed the cause of her burnout—in her case, “high-tech death” that violated the honorable dying process she believed in. She took a leave of absence to work in a hospice for 6 months, where her faith in the integrity of the dying process was restored. Later she was able to return to the ICU ready again to do the work she loved. This illustrates research findings in both nursing and other professions. Measured EI has been demonstrated to correlate with improved stress response, improved retention, and decreased burnout.

Managing emotions in one’s self and in emotional situations is the last of the four EI abilities identified by Mayer and Salovey. Managing emotions is proactive and problem-focused. It is not the same as denying emotions, repressing them, or pretending they are not there. As the proverb goes, “If you don’t manage your emotions, they manage you.” A common example of this is nurse anger. Nurses often experience anger at patients, their families, and at other nurses and multidisciplinary team members. Anger that arises in these relationships is common and understandable, but typically not well managed. CS: I changed “comes up” to “arises” to avoid the more colloquial “comes up”

Nurses are taught to care, and often fundamentally see themselves as altruistic, supportive individuals. Even accepting that they are angry with a patient may be difficult. If nurses do not use EI skills—if anger is not identified, reasoned with, understood, and managed—the consequences for patient care are serious. Unidentified, unmanaged anger with patients easily results in less frequent nursing rounds, late medications, and even less-than-gentle physical and emotional care. In these cases, patient safety is compromised as soon as a nurse is not able to identify and manage anger. When anger between colleagues or multidisciplinary members is not identified and managed, teamwork suffers.

Managing emotions often involves expanding our “menu” for managing an emotion. One particularly volatile nurse came to me for help with her temper. She could identify only two things to do when she was angry—yell and cry. I asked her if she had ever considered walking away from situations when she was angry so she could think them through and decide how to act. The nurse looked at me dumbstruck. She had never considered it. She walked out of my office shaking her head and mumbling in disbelief, “I could just walk away!” One very small addition to her menu changed everything.

The four abilities of EI offer simple ways to transform challenges in patient care, teamwork, and self-care. Next time you are stumped, think of putting one of these abilities to work and see what EI can do for you.

Estelle Codier is assistant professor at the University of Hawaii at Manoa in Honolulu.

Mills LB. A meta-analysis of the relationship between emotional intelligence and effective leadership. J Curriculum Instruc. 2009;3(2):22-38.