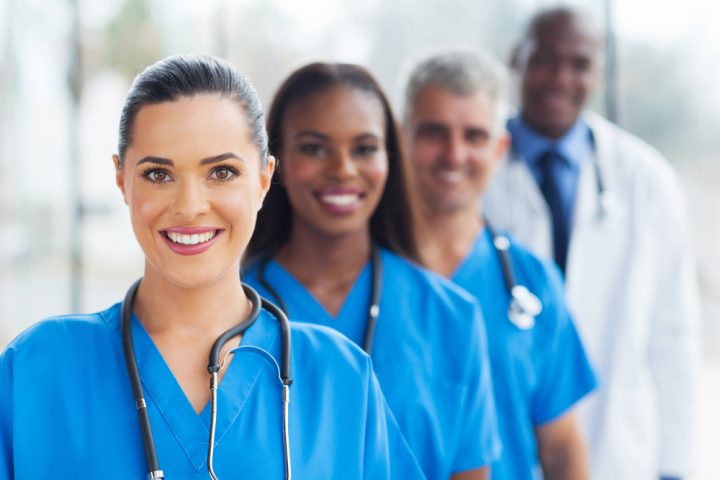 Years ago, when I was working at a community hospital, we decided to host a job fair because we were struggling with high vacancy rates. As I walked around the job fair, I could see it was a success, with most of the booths full of potential candidates. I checked in with one of the recruiters, who validated my observations and shared that 20 job offers had been extended and accepted. As we were talking, she shifted the conversation to a nurse who was sitting in a chair waiting for an interview.

Francis* was hoping to be interviewed by one of the nursing directors. She had arrived when the doors opened, but although it was now afternoon, none of the directors had chosen to meet with her. As the recruiter and I were talking, Francis began to gather her things and leave. I decided to interview Francis. Although my official title was assistant administrator, I was also the interim director for the emergency department (ED) and was looking to hire 10 new graduates for our ED nurse residency program.

The recruiter walked us to an open booth. As I began the interview, I could sense Francis was a little nervous. I reassured her that I did not “bite, spit or yell”; she laughed and began to relax. As we talked I learned that her first interaction with healthcare occurred in her early teens. After a traumatic family event, she spent the next several months visiting family members in the hospital. While the outcome was sad, she walked away with an impact that would have a lasting impression on her.

Francis spoke about the care and compassion she saw every day and deciding that was what she wanted to do. She wanted to be a nurse who would support patients and families through tragedy with the same care and compassion her family experienced. Upon graduation from nursing school and passing the NCLEX, she was ready to become the nurse she had longed to be. Her excitement didn’t last long; however, as she was finding it difficult to find a job. It had been 2 years, job fair after job fair, many in-person applications, but no job. She never received a call back or an initial phone interview. As I listened to her story, in some ways I could relate to her rejection. It brought back memories and struggles I experienced early in my nursing career. I told Francis I was looking to hire 10 RNs for an ED residency program and asked her if she would be interested in applying. She was ecstatic with tears of joy in her eyes as she gave me a hug and said, “I never expected this, and I promise I will not let you down.”

Success in the ED

Francis would be one of 10 graduate nurses training in the ED. I selected her preceptor and told her Francis was excited to be a nurse and was looking forward to the program. I also told her that I trusted her to make Francis truly feel a part of the team.

After Francis began her training, her preceptor came to see me. She asked, “Why didn’t you tell me about Francis? I was shocked, as were a couple of other nurse.” I responded, “What were you shocked about? The fact that Francis is a new nurse or the fact she is at least 6 feet tall and an African American male transitioning to female?” I added, “I requested you to preceptor Francis because you are a skilled, passionate nurse and you have always treated everyone you encounter with dignity and respect. I knew you would ensure she was treated the same regardless of how she looked and her gender identify.”

Throughout the residency, I received updates about Francis. She was great with patients and their families, and she had a way of calming and reassuring patient, parents, family members, and significant others. She went out of her way to support her peers and was always willing to jump in without being asked. The team appreciated her sense of humor and her commitment to nursing and the team.

Many of you may have heard or experienced stories similar to Francis. Last year, as the world was coming to grips with COVID-19, the United States experienced protest and civil unrest around the injustice to people of color based on 400 years of systemic racism. Francis, who was discriminated against because of the color of her skin and because of her gender identify, was one victim of injustice.

One might ask why is diversity and inclusion important? Diversity is important because we are a diverse people of different colors, social and religious beliefs, and environmental and culture influences. Inclusion is about everyone having a seat at the table and being included, not excluded. ANA’s 2018 position statement, “The nurse’s role in addressing discrimination: Protecting and promoting inclusive strategies in practice setting, policy and advocacy,” calls on all nurses to recognize how unconscious bias and discriminatory practices negatively impact the quality of care for all patients.

Recognizing unconscious bias and discriminatory practices starts with each of us. As nurses, we have an important role in supporting diversity and inclusion in the work place to ensure we have diversity at the bedside. A plethora of research and data validate that diversity in healthcare leads to better outcomes in bridging the equity gap. For example, when patients see healthcare providers who look like them, they are more likely to trust, talk, seek treatment, and adhere to the treatment regime.

I know this first hand as an African American who grew up in a predominately Black community. I understand that building trust is important in the African American community, where the lack of trust of healthcare providers stems from history, including the Tuskegee Syphilis Study. Because of my background, when I was engaged in direct patient care, I was able to build trust with my African American patients because I could relate to their struggles, understand what was important, know what they valued, and realize how that influenced the conversation about healthcare prevention, promotion, and maintenance. If patients are not comfortable and/or feel they are disrespected or not listened to, they may chose not to seek care. For instance, while working as a staff nurse in the ED, I was able to have a real conversation with a young Black male patient about his high blood pressure; poor compliance with taking his medications could result in kidney failure and/or strokes. A stroke could leave him dependent on someone to provide basic needs such as going to the bathroom, eating, and drinking.  Young black men pride themselves on their autonomy and their libido. Knowing this, I was able to have a meaningful conversation that he could understand.

When lesbian, gay, bisexual, transgender (LGBT) patients present to a care setting, I’m sure they will receive competent quality care. However a healthcare provider who identifies as LGBT and understands what is important to these patients may be able to develop trust more quickly and support an environment of acceptance. When patients do not seek routine care or timely care, we miss the opportunity to screen, implement preventative care strategies, address primary care, and decreasing complications such as premature death and narrowing the gap between access and equity of care.

In other words, diversity in healthcare is core to developing healthcare environment wherein patients see people that look like them. This is goal we should be striving for because we will always have patients who don’t look like us.

According to the 2017 National Workforce Survey conducted by the National Council of State Boards of Nursing and the Forum of State Nursing Workforce Center, 80.8 % of nurses are White/Caucasian, 6.2% African American, 7.5 % Asian, 5.3 % Hispanic, and 0.4% American Indian, /Alaskan Native, 0.5 Native Hawaiian/Pacific Islander. Men make up 9.1%. There is limited data available on how many nurses identify as LGBT, but according to a 2021 Gallup poll, 5.6% of the US population identifies as LGBT.

These data show that non-White nurses are the minority, which suggest we don’t have a large pool of diversity to leverage. Based on where we are today, how do we ensure inclusivity? How do break down the silos? It has to be more than simply inviting people to the “party” so you can check the inclusion box. You need be purposeful in including them in the activities, so they feel part of the group.

We need to remove barriers to making people feel included, and the primary barrier is comfort. As human beings we’re comfortable with the status quo—it requires little effort. Disruption in the status quo requires us to work a little harder in trying re-creating that status quo or comfort zone. I think about when I’m in church, where people (including me) tend to always sit in the same area around the same group of people—we’re creatures of habit. We sit there every Sunday and get to know the group sitting around us; it’s comfortable to have conversation and say hello. If I get to church late and someone is sitting in my pew, I walk away a little disappointed because now I have to start over with a different group.

So how do we encourage moving away from our comfort zone and being purposeful in inviting others into our circle? Three key steps can help engage and make people feel included.

The first is to acknowledge that all people are created equal. Our skin color, beliefs, culture, or gender identify may be different, but we are all humans first and each of us deserves to be treated with dignity and respect. When people feel like they are treated with dignity and respect, they are more open to building trusting relationships. I believe everyone should be treated in the manner that they wish.

The second step is fairness. How do you ensure you are treating everyone the same as it relates to being fair and consistent? Are there equal opportunities and is everyone aware of them?

The third step is learning. How do you learn about someone who is different from you? It takes a willingness to listen. You need to listen not only with your ears, but with your entire body. As nurses we know the importance of body language and synchronizing what we say with our body. If you say, “tell me, I want to learn and understand,” but your body language is saying, “I don’t care,” the chances are it’s going to take a lot of effort and time to build trust. So before you say you want to learn, ensure you’re ready to hear, listen and learn. When your interactions are true and come from the heart, trust begins to develop. When trust is present people are willing to be vulnerable and share.

So how do you have a conversation or learn about someone that looks different? As in the case with Francis, I chose to listen and learn and not cast judgment or stereotype; so did her preceptor. Francis was not seen for the color of her skin or as someone who was transitioning. Francis was seen as a caring, compassionate human being who loved nursing.