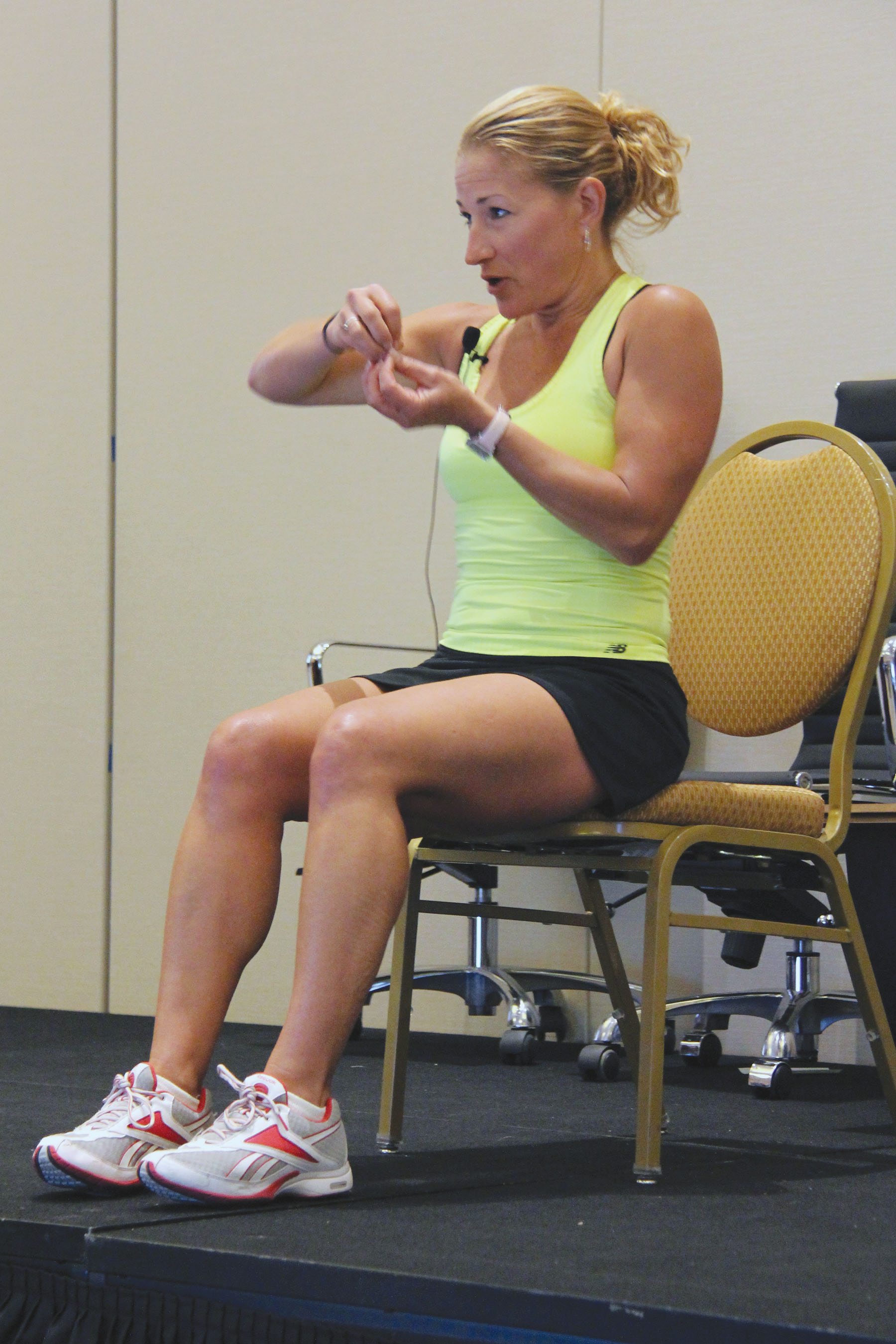 More than 400 nurses attended ANA’s Healthy Nurse Conference on June 14 in National Harbor, Maryland, which preceded the biennial ANA House of Delegates meeting. With the goal of developing nurses as models of wellness in action, ANA is promoting nurse health and wellness by helping nurses integrate healthy habits into their personal and professional lives. The conference featured presentations on such topics as “Nurses Can Change Anything,” stress busters, tools and tips for healthy living, sleep loss, and creating healthy workplaces.

As a benchmark of healthy behavior, 380 attendees participated in a short Health Risk Assessment (HRA) in the ANA Programs Departments Booth during both the Healthy Nurse Conference and House of Delegates. The HRA instrument, which allowed ANA to collect and report the results, was generously provided to ANA by Pfizer.

As a group, the HRA showed some good news on this group’s health risks. Only 3% use tobacco, although usage in the under-30 age group was 13%. This low tobacco use by nurses is consistent with findings from the Harvard Nurses’ Health Study. Nearly all drink less than the suggested maximum of two units of alcohol per week, so nurses aren’t drinking away their stress.

But, like the general population, nurses struggle with nutrition, fitness, and weight. Seventy percent of participants are in the overweight or obese category, with 40% being obese. At highest risk was the 30-to-39 age group. Only 35% exercise four to five times a week. And only 40% eat the suggested four or more servings of fruits and vegetables a day. Both activity level and fruit and vegetable consumption increased gradually with age. Seventy-eight percent drink one or no sugary beverages a day, with the highest level in the 30-to-39 age group (consistent with the overweight/obesity group).

ANA’s CEO, Marla Weston, PhD, RN, challenged participants to commit to adopting one new health behavior. The commitments were written on self-addressed postcards, which ANA will mail back to participants in 2½ weeks as a reminder of their commitment. It takes 3 weeks to adopt a behavior change and 3 months to sustain it.

The Healthy Nurse Conference supports the idea that nurses who take care of themselves are better equipped to take care of their patients and serve as role models for patients, their families, and their communities. One in 100 individuals is a nurse, and nurses are the largest group of healthcare professionals in the country. Nurses who are empowered to influence healthier lifestyles can have a positive impact on the health of communities.

ANA has demonstrated its commitment to “Healthy Nurse” and safe and healthy work environments through its transition from the Center for Occupational and Environmental Health (COEH) to ANA’s Center for Health, Safety, and Wellness. This conference was its debut. Watch for more great resources, education, and services to be developed.

Suzy Harrington is director of ANA’s Center for Health, Safety, and Wellness.