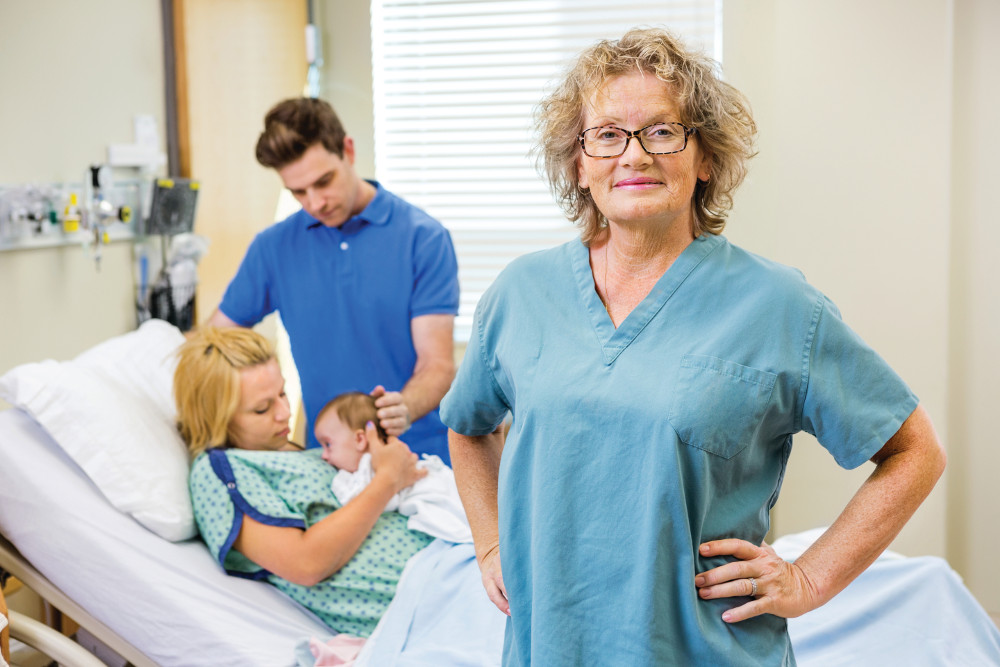 When people in the community need urgent medical care, they or their families can dial 911, but traditionally that resource hasn’t been available in the hospital. At Erie County Medical Center (ECMC), we wanted to create that resource by extending our rapid response program.

Two cases that have driven the push for initiating a patient and family initiated rapid response (FIRR) system in the United States are Josie King and Lewis Blackman.

Josie King was an 18-month-old child admitted to the hospital with first- and second-degree burns from climbing into a hot bath. Two days before her discharge, she died of severe dehydration and narcotic misuse. When Josie’s condition began to deteriorate, her mother, Sorrel, voiced her concerns to the nursing staff. Josie would cry when people walked by with a drink and she sucked on the wet washcloth during bath time. The nursing staff reassured Sorrel that these behaviors were normal and Josie’s vital signs were stable.

Lewis Blackman, a 15-year-old boy, went to the hospital for an elective surgery and died four days later from excessive blood loss. Lewis’ mother, Helen, expressed her concerns about her son’s deteriorating condition, but the medical staff reassured her that his vital signs were stable.

A breakdown in communication led to the death of these two young children whose health conditions were originally non-life threatening. Sorrel King and Helen Haskell have devoted their lives to ensuring tragedies like theirs never happen again. They have encouraged staff education on teamwork, professionalism, and communication; and developed and promoted “Condition H,” a patient and family activated rapid response system to increase patient safety in hospitals nationwide.

The staff at ECMC wanted to join Sorrel and Helen in their efforts and create an avenue of safety for our patients.

ECMC is a 550-bed, level-one trauma center located in Buffalo, NY. The 20-bed medical ICU step-down unit used the Transforming Care at Bedside (TCAB) model to further develop the current rapid response team to include patients and their families. TCAB was an Aligning Forces for Quality-Robert Wood Johnson Foundation initiative intended to increase frontline staff engagement in improving care in medical-surgical units. Here is how we developed FIRR.

The purpose of FIRR is the same as the standard rapid response team—provide an immediate response by members of a multidisciplinary medical team who evaluate patients who are rapidly deteriorating and expedites management. Staff concerns included the possible abuse of the FIRR for non-medical emergencies, but evidence-based research has shown that this rarely occurs as long as patients and families are educated about the program.

We piloted the FIRR in October 2011, using the TCAB model of change—one patient, one nurse, and one day at a time. We selected a patient who had a chronic illness with frequent exacerbations and his family member and taught them about FIRR. Dayshift and nightshift nurses were assigned to the patient after being educated on the new process. One week later, the system hadn’t needed to be activated, but we asked the family to complete a survey to evaluate impact. The family thought the program was a “great idea” that made them feel more secure, and added, “It helps to have a family member as an extra set of eyes and ears.”

Based on this initial feedback, FIRR was expanded to the rest of the unit.

Upon admission, patients and families are given a brochure explaining the FIRR process. The admitting nurse uses a narrative script to teach patients and families, which ensures consistent information is delivered. The nurse encourages patients and families to become active participants in the patient’s care because they are able to pick up on subtle signs of a change in condition. The nurse also explains that a rapid response team is available to address any change in medical condition only, not for issues such as dinner trays, bedpans, or medications. The nurse notes that the goal is to intervene as early as possible to address any and all changes in a patient’s medical condition. In addition to education, signs are posted in the rooms and hallways with instructions on how to make a FIRR call.

At ECMC, our mission is to provide our patients with the highest quality of care, delivered with compassion, giving each patient a sense of empowerment and wellbeing. FIRR supports that mission by empowering patients and families and giving them a sense of security.

Although FIRR has yet to be activated, we’ve obtained feedback through discharge surveys. Patients have expressed a feeling of increased safety as well as increased satisfaction.

FIRR enables patients and their families to call for help in emergent situations throughout their hospital stay. The program helps ensure patient safety, increases patient satisfaction, and contributes to optimal reimbursement.