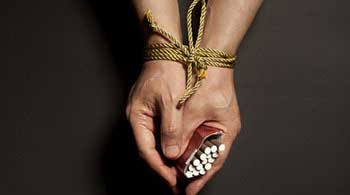 Tobacco use remains the leading cause of preventable disease and death in the United States. But much has changed in the landscape of tobacco product regulation and FDA’s ability to address this public health crisis.

For one, FDA has significant new regulatory authorities.  When I last served, FDA lacked the authority to regulate tobacco products as traditionally marketed.  Since that time, our statute has been amended to include an entire chapter of new authorities. And FDA has stood up a new Center for Tobacco Products that already has a number of important accomplishments.

There’s also been enormous change in the marketplace for tobacco products since I was last at FDA.  In just the last few years, we’ve seen the advent and adoption of new product categories that may be able to deliver nicotine without having to burn tobacco.

As a physician who cared for hospitalized cancer patients, and as a cancer survivor myself, I saw first-hand the impact of tobacco.  And I know all too well that it’s cigarettes that are the primary cause of tobacco-related disease and death.  What’s now clear is that FDA is at a unique moment in history, with profound new tools to address this devastating impact.

Addressing the addiction crises that are claiming young lives and hurting American families is our most pressing mandate at FDA.  In particular, examining the presence of nicotine in combustible cigarettes has to be part of a much broader strategy.  I’ve pledged a deep commitment to taking aggressive steps to address the epidemic of addiction to opioids. I view our opportunity to confront addiction to nicotine with the same obligation.  I’ll pursue efforts to reduce addiction to nicotine with the same vigor.

The magnitude of these numbers is hard to fathom.  But I’m sure that every person in this room has had a friend or loved one made ill or worse because of tobacco use.  And as a doctor I can tell you that tobacco-caused diseases — especially cancer and lung disease — are extremely painful.

In addition to the devastating human toll of tobacco use, cigarette smoking also causes direct health care and lost productivity costs totaling nearly $300 billion a year.  So there are substantial financial costs to society as well.

There are two key facts about tobacco use that must be front and center in our thinking if we’re going to be serious about altering the current trajectory of preventable tobacco-related deaths.

Fact One:  The overwhelming amount of the death and disease attributable to tobacco is caused by addiction to cigarettes.  Addiction causes long-term sustained use. But it’s exposure to the harmful chemicals that cause disease.  Cigarettes are the only legal consumer product that, when used as intended, will kill half of all long-term users.

And Fact Two:  Almost all adult smokers started smoking when they were kids.  Nearly 90 percent started smoking before the age of 18, and 95 percent by age 21.  If you make it to age 26 without smoking, the odds are overwhelmingly in your favor that you won’t become a smoker.  Only about 1 percent of cigarette smokers start at that point or later in their lives.

FDA has made great progress protecting those who are the most vulnerable — our children — from tobacco’s harms. The Agency produces public education campaigns that have kept nearly 350,000 kids who would otherwise have started to smoke from smoking. We vigorously enforce the law that makes it illegal to sell tobacco products to kids.

We must do more to help these Americans and their families to lead healthier lives, and to avoid or break free from harmful cigarette addiction.

The key lies in taking a new and comprehensive approach to the regulation of nicotine. 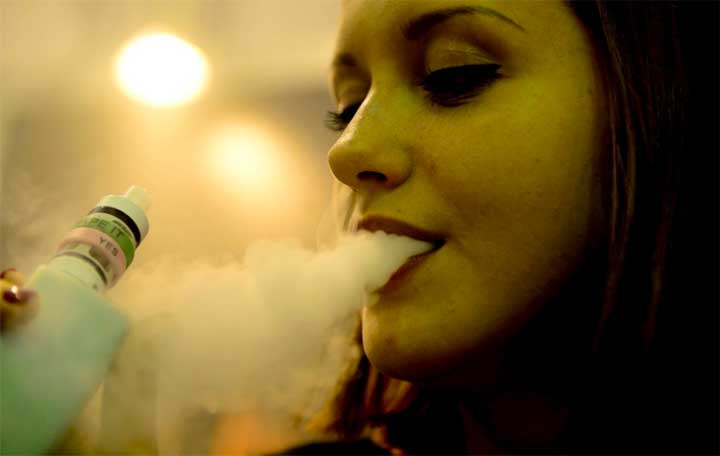 Because nicotine lives at the core of both the problem and, ultimately, the solution to the question of addiction, and the harm caused by combustible forms of tobacco.

Nicotine is astonishingly addictive.  And when nicotine is attached to cigarette smoke particles, it’s not only highly addictive, but an addictive chemical mix of disease and death.  One feature critical to cigarettes is the efficiency by which they deliver nicotine.  And inhalation is the key.  A cigarette can deliver the inhaled nicotine through the lungs and to the brain in less than 10 seconds, adding to its addictive potential.

But the nicotine in cigarettes is not directly responsible for the cancer, lung disease, and heart disease that kill hundreds of thousands of Americans each year.  Yes, it got them all addicted and kept them addicted for the long term.  And it got most of them addicted when they were still teenagers.  But it’s the other chemical compounds in tobacco, and in the smoke created by setting tobacco on fire, that directly and primarily cause the illness and death, not the nicotine.

So we need to take a fresh look at nicotine itself, and how the addiction that it causes relates to the potential harm of its delivery mechanism.

Nicotine is by no means a completely safe and benign compound.  But a family and population-focused approach to reducing tobacco-caused disease and death must start from the premise that, as far as nicotine is concerned, the problem isn’t just the nicotine.  The bigger problem is the delivery mechanism — how the nicotine gets delivered.  Attach it to smoke particles created by burning cigarettes and the mechanism is deadly.  But attach the very same nicotine to a medicinal product without the other chemicals found in tobacco products and these therapeutic products have been found to be safe and effective by FDA in helping smokers quit. In fact, for nicotine replacement products such as gum, lozenges and patches, FDA doesn’t even require a doctor’s prescription for them.

So how can we take a new and comprehensive approach to nicotine?

For starters, given everything I just said about the vital role of the delivery mechanism, we must acknowledge that there’s a continuum of risk for nicotine delivery.  That continuum ranges from combustible cigarettes at one end, to medicinal nicotine products at the other.

We must also acknowledge the evidence that shows the majority of cigarette smokers are concerned about their health and about two-thirds of adult smokers have stated they want to quit. They know it’s hard, and they’ve probably tried many times to quit with over half of adult smokers making an attempt to quit each year.

And we must recognize the potential for innovation to lead to less harmful products, which, under FDA’s oversight, could be part of a solution.  While there’s still much research to be done on these products and the risks that they may pose, they may also present benefits that we must consider.  FDA’s investment in regulatory science will eventually answer many of those benefit and risk questions.

Armed with the recognition of the risk continuum, and the reality that all roads lead back to cigarettes as the primary cause of the current problem, we need to envision a world where cigarettes lose their addictive potential through reduced nicotine levels.  And a world where less harmful alternative forms, efficiently delivering satisfying levels of nicotine, are available for those adults who need or want them.

And that’s why today I’m directing our Center for Tobacco Products to develop a comprehensive nicotine regulatory plan premised on the need to confront and alter cigarette addiction.  I’ve followed the compelling discussion—both the public discourse and within the Agency—of FDA’s potential to render cigarettes minimally addictive or non-addictive by regulating their nicotine levels.  I’ve seen the science in this area and believe it holds much promise.  We intend to take a hard look at the existing published literature on this important topic and hear from stakeholders, which could provide the basis for regulatory action.  To begin this process, we will develop an Advance Notice of Proposed Rulemaking to identify the issues FDA would need to address to use our clear authority under the product standard provisions in the Tobacco Control Act to regulate nicotine in combustible cigarettes and render them minimally or non-addictive.

Cigarettes will likely remain incredibly toxic, what with the presence of over 7,000 chemicals in cigarette smoke.  But with a balanced regulatory approach, we may be able to reach a day when the most harmful products are no longer capable of addicting our kids.

I can tell you that FDA and others have done some preliminary analysis of the potential public health impacts if cigarettes could no longer create or sustain addiction.  The public health benefits at a population level kick in over time, as future generations of kids who may experiment with cigarettes find it far less likely to ever become addicted to nicotine, and to suffer the chronic diseases that they are at great risk of experiencing once addicted to combustible cigarettes. And those potential generational public health benefits could be staggering in terms of life years gained, and economic costs avoided.

I’ve also asked CTP to explore the potential for any adverse effects from reducing nicotine levels, especially the possibility of a black market for higher nicotine products.  And we need to understand what role, if any, the availability of newer forms of nicotine delivery may play in reducing those adverse effects.

We intend to consider these and other relevant questions as part of our public process. That process will be one of a series of new rulemakings that we will begin working on immediately. These rulemakings will address foundational regulatory elements for a modern and sustainable effort to regulate tobacco products. Our approach to making nicotine the center of our regulatory efforts needs to be accompanied by a firm foundation of rules and standards for newly-deemed products.

Among other things, we will advance rules that will lay out what needs to be in applications for Substantial Equivalence, Modified Risk Tobacco Product, and Pre-Market Tobacco Product applications; whether and how we would exempt premium cigars from regulation; how to possibly regulate kid-appealing flavors in products like Electronic Nicotine Delivery Systems, or ENDS; and whether we should ban menthol in cigarettes and flavors in cigarillos – factors that we know are a leading driver of youth smoking.

But the most substantial new undertaking is the one aimed at nicotine, and to start, an Advance Notice of Proposed Rulemaking to explore how we could reduce nicotine in combustible cigarettes. Looking at ways to reduce nicotine levels in cigarettes so that they are minimally or non-addictive, while not altering the nicotine content of noncombustible products such as e-cigarettes, is a cornerstone of our new and more comprehensive approach to effective tobacco regulation.  And Congress has made clear that FDA has this authority.  As I see it, taking the next step and addressing nicotine is not just within our authority; it’s an enormous public health opportunity and falls squarely within FDA’s mission.