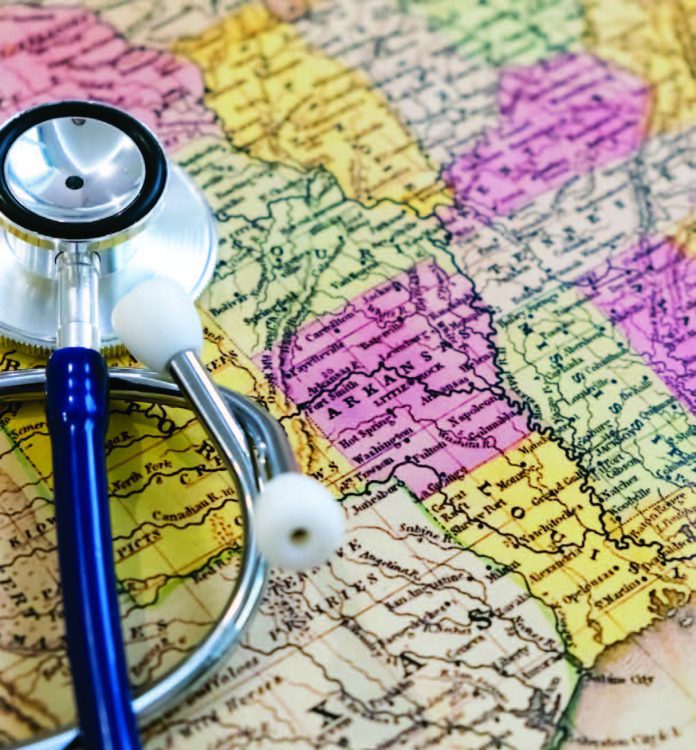 Learn more about how the compact affects you and your practice.

If you have questions about the Nurse Licensure Compact (NLC), you’re not alone. Here are answers to some of the most frequently asked questions.

What is the NLC?

The NLC is an interstate agreement that allows nurses to have one license issued by their home state that they can use to practice in any state that’s a member of the NLC. Think of it as similar to your driver’s license. Just like you can drive anywhere in the country under your state-issued driver’s license, the NLC allows you to practice nursing in any NLC state under one state-issued multistate nursing license. And just as you must follow the rules of the road for each state you drive in, you must follow the nursing practice laws of each state in which you practice (physically, telephonically, or electronically).

The original NLC was established in 2000 when Texas, Wisconsin, and Utah became the first states to implement it. By 2013, the NLC had 24 participating states, but further participation had stalled. In 2015, the National Council of State Boards of Nursing’s (NCSBN’s) membership decided revisions to the compact were necessary to achieve nationwide participation. The revisions included a requirement for fingerprint-based criminal background checks and additional uniform licensure requirements (ULRs) clearly defined in the NLC. (See Uniform licensure requirements.) ULRs allow NLC states to feel confident that nurses who are issued a multistate license have met standard eligibility criteria. At the discretion of each board of nursing, nurses who don’t meet the ULRs still may be eligible for a single-state license.

The Nurse Licensure Compact requires that all applicants for a multistate license must meet 11 uniform licensure requirements. They must:

✓ be eligible for or hold an active, unencumbered license without active discipline

✓ not be convicted of, found guilty of, or have entered into an agreed disposition of a felony offense under applicable state or federal criminal law

✓ not currently participate in an alternative-to-discipline program

What will practice and licensure look like tomorrow if my state joins the NLC today?

Practice in your state will remain the same for you, and licensure will be similar, too. You’ll still need to apply for a license in your home state, but if you want to obtain a multistate license, you’ll need to meet the ULRs outlined in the NLC, most of which are probably already required under your existing state law. If you can’t meet the ULRs, you still may be eligible for a single-state license that grants you the privilege to practice in only that state.

I don’t cross state borders when I practice. Will I still benefit from the NLC?

Yes. In addition to helping nurses working near state borders to practice seamlessly in both NLC states, the NLC also helps nurses practicing telephonically and electronically. When a patient receives care and then crosses the border to return home, all follow-up nursing care, including phone calls, must be provided by a health professional who’s licensed to practice in the state where the patient is physically located.

The NLC also helps facilitate telehealth, which expands access to care for patients across the country. Under the NLC, a nurse holding a multistate license can practice telehealth in all NLC-member states without needing a separate nursing license in each state.

The compact also facilitates online nursing education. Students participating in a distance learning program may be scattered across the country. Because nursing faculty generally are required to hold a nursing license in each state in which they have students, the NLC significantly eases the burdens on schools and nursing faculty who are able to acquire a multistate license issued by their home state.

In addition, the NLC can help in times of disaster. It allows nurses who hold multistate licenses to immediately cross borders and provide care to those in need without having to wait for a formal declaration of disaster or issuance of a license by the affected state.

I’ve heard that the NLC reduces nurse licensure standards. Is this true?

No. The 11 ULRs ensure that all nurses from NLC states who are issued a multistate license have met specific nursing standards. However, states can continue to go beyond the ULRs to license their nurses. For example, they can continue to require any continuing education that’s already a part of their licensure requirements. States have complete autonomy when it comes to their state licensure; the NLC applies only when determining whether an applicant is able to receive a multistate license.

Is nursing the only profession with a licensing compact?

No, although nursing was the first health profession to begin a licensing compact. Since then, many other professions—including physicians, physical therapists, psychologists, and emergency medical technicians—have recognized the need for licensure compacts to facilitate borderless practice.

How many states belong to the NLC?

Currently, 34 states are NLC members. Of those, two have enacted the legislation but are preparing for implementation. As of January 2020, seven jurisdictions have pending NLC legislation. A compact is most effective when every state is a member, so the goal is for every state to join the NLC. Imagine if the Driver License Compact included only half of the states in the country!

How does my state join the NLC?

First, check the map on nursecompact.com; your state already may be a member. If your state is one of the 17 not part of the NLC, it will need to enact model NLC legislation through its legislature. A compact is essentially a contract between states, so every state must enact substantially the same legislation to join. You can find the model NLC lan­guage as well as other resources at nursecompact.com, or contact your state board of nursing for further information.

My state is already in the NLC, but I don’t fully understand how it operates. Is there a way to find more information?

Yes. The NLC and NCSBN have many online resources that explain how the NLC operates and how it affects your nursing license. The NLC Toolkit (ncsbn.org/nlc-toolkit.htm) is a helpful resource for all nurses.

Rebecca Fotsch is the director of state advocacy and legislative affairs at the NCSBN in Chicago.

Disclosure: The NCSBN drafted the NLC guidelines. This article underwent peer review and no bias was found.

Getting back on track with routinely recommended vaccinations The COVID-19 pandemic has resulted in dramatic declines in adolescent vaccinations, which began in March 2020 and...
Read more
ANA Insights Mega Menu

You make a difference

Honoring nurses and our profession in May This Nurses Month, we honor RNs for their skillful, creative, and compassionate care during the most significant public...
Read more
Clinical Topics