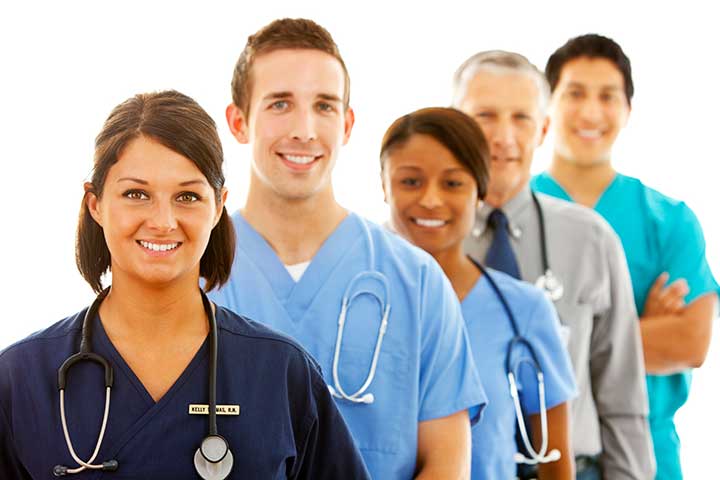 From our readers…Balancing the power in favor of patients

Ms. Sims, a bedside nurse featured by Leah Curtin earlier this year inspired me to write this article. At the behest of others, Ms. Sims challenged administration regarding a patient safety issue, specifically staffing ratios. Shortly thereafter, Ms. Sims was fired on pretext, not that unusual in a nation of mostly “at-will” states. I will discuss how indiscriminate terminations can be an indicator of an unsafe patient safety culture.

Unfortunately Ms. Sims’ story is not that exceptional given that healthcare’s influential stakeholders are often indifferent. Nursing ranks as one of the least influential of all healthcare stakeholders. Nursing often exists within an unhealthy work environment where the normative mode includes blame, punishment and silence, making patient safety an urgent and real concern. Finally, there is a lack of resources in health care to adequately prepare nurse managers.

It is obvious that Ms. Sims’ institution did not extend empowerment by welcoming the alert to patient safety risks, but it is unlikely that the employer did anything illegal. It is easy to create a paper trail that provides the rationale to terminate a nurse. The history and culture of nursing makes it unlikely for nurses to put up a fight and ultimately futile if they do.

Naysayers will balk at the notion of providing nurses access to impartial administrative grievance support for terminations. The argument is that nurse managers will not use the termination process to address a patient safety issue, because “the union will protect the nurse or slow the process”. If a nurse manager does not use the means available (State Boards of Nursing’s [SBON] legal apparatus addressing nurse practice or institution’s own disciplinary process) then the onus is on management.

“Timeliness’ is not an argument either because an unsafe nurse reported to the SBON could result in immediate suspension of duty while an investigation took place. If the concern is that the grievance process of union represented nurses will not give them (management) the results they want (firing), then patient safety is not going to be a manager’s primary concern to begin with, even in a nonunion environment.

‘Just Culture’ is more a risk management tool, than a tool for justice

A recent trend in patient safety has been to institute a risk management tool called “Just Culture”, a collaborative effort between hospital administrators and participating SBONs to address performance issues. SBONs recognize that a culture of safety requires a psychologically safe-enough work environment in which to report mistakes, so as not to hide them. Given that a majority of complaints sent to the board come from nurse administrators, there was expressed concern that some nurse employers circumvent the SBON after experiencing unfulfilled expectations. SBON perceived to “support” the nurse regarding nurse manager/administrator complaints might “force” employers to adopt cavalier methods to deal with a nurse.

The Just Culture risk management tool would not have helped Ms. Sims. In fact, because pretext was used, Ms. Sims’ issue would have been shielded from the light of day in a SBON court. This new risk management tool would not capture cultures in which this type of mindset is adopted. The converse holds true: If a nurse is seen as a “good soldier,” then the offenses of which Ms. Sims was accused would be overlooked even if they represented a real patient safety issue.

Why nurses should be protected from employers

Naysayers may argue: “Institutions have an organizational integrity reporting mechanism present”. The low-level employee is at the mercy of an arbitrary system/culture of administrative judgement as to when and what is an appropriate level of going above the chain of command. Retaliation is difficult to prove, and most institutions have a “No Retaliation” policy, but it is merely verbiage; too vague to have teeth.

In the interest of discouraging other employees filing lawsuits, the presence of organizational integrity reporting mechanisms are not much protection for front-line employees. Too, “snitches” are ostracized or worse, even when reporting “legitimate” (illegal) whistleblowing compliance issues. Additionally, societal culture does not tolerate those of lower rank to report misdeeds of higher rank, often incurring retaliation for such acts.

Research shows that nurse managers are often inadequately positioned, prepared and educated. Sometimes because of skill as a bedside nurse in that specific area, nurses are promoted to management (Farrell). Some institutions set a low bar for managers, promoting nurses to positions of power with minimal education. Supporting Paulo Freire’s oppression theory that those previously oppressed go on to become the oppressor when given a promotion, the power imbalance for front line nurses is extreme.

Unfortunately, nursing middle managers are prime perpetrators of horizontal violence, with some estimates that 81% of bosses, bully. Research shows that bosses who feel inadequate are more aggressive, particularly when they perceive their power is being questioned, thus managers given unsubstantiated promotions have less confidence.

Incompetent managers breed silence or employees who will just say what the boss wants to hear, or as in the case of Ms. Sims, terminate without cause those who “rock the boat”. This does not bode well for a culture of safety.

The book Seeing like a State by Scott describes the indifference or even hubris of the administrative mindset. It is difficult to see, but palpable. This power imbalance is likely quite real to those of socially marginalized group minorities, but is difficult to convince those in positions of power what it looks like from below. Regardless of a manager’s credentials to be promoted, the status quo overwhelmingly supports management.
I have been alarmed at a number of articles counseling nurse managers on how to terminate nurses while at the same time, avoid lawsuits. One journal cited a common situation in which a new-hire nurse was found not to be a “team player”. The manager was grappling to find a valid reason for firing because the nurse came with an exemplary record and there were no practice or patient safety issues at hand. Perhaps this manager came from a healthy culture and that a strong belief “in a team-based approach to patient care” translated into evidence based criterion supportive of autonomous and empowered professional nursing practice at the bedside.

In an unhealthy work culture, not being a team player could be code for “outspokenness”; in the case of Ms. Sims, an attempt to address an issue she was passionate about, and naïve enough to trust she would be supported. In certain cultures not a team player or “doctor basher” in reality could be a nurse attempting to make a hospital or physician accountable for a patient safety issue.

Relying on institutional grievance processes is risky for nurses. Nurse employers have all the representation and support at hand (human resources, including the mediator and in-house legal counsel). The front-line nurse has none of that in a nonunion environment. Employees are usually not even allowed a support person to attend a disciplinary meeting. Research indicates “an unresponsive bureaucracy generates organizational stress, which is significantly more predictive of nurse burnout and resignations than emotional stressors inherent in the work itself.” Without unions, at least the elimination of supervisory abuse should be instituted as well as an insistence on managerial competence.

Patient safety should be a grass-roots effort

If front-line nurses were granted protected status (providing and ensuring that nurses are given due process: properly instituted performance improvement plans and formal grievance processes with representation), then they could be shielded from indiscriminate terminations. Given that nurses are a limited resource, the free market can provide other aspects normally negotiated by unions (pay and benefits) through competition. Other issues, like safe working conditions, would be adjusted naturally through a grass roots approach; nurses provided with a psychologically safe workplace environment would not be afraid to speak out to protect themselves, other nurses and patients.

Leah Curtin addressed Ms. Sims’ plight using strong language (“How Stupid can you get?”). It is language that we nurses, especially those at the bedside, do not use enough. It is outrage that we experience less than we should, and it is not only a disservice to each individual nurse’s dignity, but it damages the image of nursing which, in turn, worsens the nursing shortage. Ms. Sims’ experience and countless others like it, have an acute and immediately consequential affect on patient care, not to mention long-term effects to ensuring adequate and safe patient care to a future patient population.

Freire believed in a grass roots approach to political activism, cautioning that a leader-led movement will not elicit commitment, nor spark innovation. A front-line lead safety initiative with reliable, safe and authoritative protection will provide effectiveness of reporting medical errors and patient safety issues, as well as personal accountability. A front-line lead initiative toward patient safety and quality will have increased input that provides ongoing innovation and improvement. Protecting nurses against retaliation for speaking out balances the power in favor of patients.