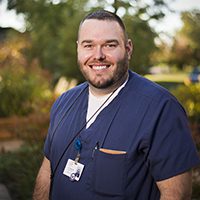 Green eggs and heparin: Changes in response to safety breaches

Unless you’re from Salem, Oregon or have read USA Today lately, you likely have not heard the story about what happened 75 years ago at Oregon State Hospital. In the midst of World War II, this psychiatric hospital experienced a tragic November night when 47 of its patients died horrific deaths due to a botched ingredient in the scrambled eggs.

The assistant-cook needed powdered milk to add to the egg yolks, so he sent one of the patients who was assisting him down to the basement to fetch it. The patient went to the wrong storeroom in the basement and came up with sodium fluoride, a powerful roach poison. The assistant-cook then unknowingly added this poison to the eggs and served a lethal dinner to the hospital residents. Within minutes, the first sign that something terrible was taking place was observed as patients began vomiting blood and having respiratory paralysis. Within a few hours, dozens of patients were dead, and by the time it was all over, 47 were dead and hundreds more were ill.

The subsequent investigation revealed that the assistant-cook had broken a rule by handing the basement keys to the patient who was assisting him and sending him alone to fetch the powdered milk. One does not need our modern tool of root cause analysis to look at this tragic event and make note of his deadly transgression. Another causal factor was that the sodium fluoride powder was stored downstairs in an adjoining room near the powdered milk with some other food supplies, and it was not properly labeled. We can look in hindsight at this costly mistake of having something that is potentially lethal being improperly labelled and placed and scratch our heads at how they could make such a tragic error, but the truth is that these kinds of tragedies have continued since that horrifying evening 75 years ago.

Several decades later, despite advances in pharmaceutical barcoding technologies and best practices like the five rights of medication, events like what transpired in Salem 75 years ago are still possible. Reading about the tragic events of what transpired to those poor souls at Oregon State Hospital reminded me of what happened at Methodist Hospital in Indianapolis in September of 2006. As a resident of Indiana and a fairly new healthcare worker at the time, it was a shocking event to hear about in the news.

A pharmacy technician stocked the wrong heparin vials in the Accudose machine on an NICU unit. Instead of the hep-lock 10 units per milliliter, the vials contained 10,000 units per milliliter. Six infants were given the wrong doses in their I.V. lines, and three of them died. Once again, there was multiple loss of patient life related to something being given that was perceived to be innocuous, but was fatal due to human and systemic error.

Some similarities link the two events that are decades and miles apart. Both were errors related to a lethal item being placed in such a manner that it created an opportunity for mass causalities of a patient population. Both involved one individual stocking or obtaining the item, and another one dispensing it and not realizing what it was that they were giving.

Despite these similarities, there is a key difference between the two tragedies: how they were handled in their aftermaths. The two cooks at the Oregon State Hospital were arrested and charged with the deaths, although a grand jury decided not to indict them. In the more recent case at Methodist Hospital, no charges were filed and according to news reports, no disciplinary action was taken. To the contrary, news reports spoke to how counseling was provided to those involved, and the hospital president, Sam Odle said, “Whenever something like this happens, it is not an individual responsibility, it’s an institutional responsibility.”

This sentiment is in line with the philosophy that is taught at the Institute of Healthcare Improvement that, “Every system is perfectly designed to get the results it gets—the only way to get different results is to change the system.” This recent anniversary of human tragedy should remind us how we all as nurses are part of systems that have the ability to cause great good, but also have the ability to cause great harm like what happened in Oregon 75 years ago, and in Indianapolis more recently. Each of us needs to constantly evaluate our systems and determine if there are results that we are getting that are not beneficial to our patients, and if so, to change our systems to keep our patients safe and improve results and patient outcomes.

Lloyd R, Murray S, Provost L. Lesson 1: An overview of the model for

Lynn C. How one incident caused 47 patients to die at the Oregon State Hospital. 2017. http://www.statesmanjournal.com/story/news/2017/11/18/oregon-state-