Honduras: A land in need of healthcare and nursing 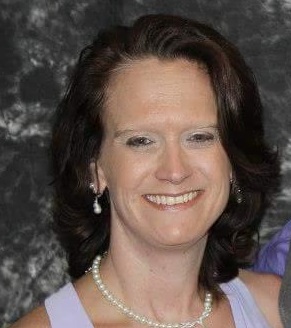 Recently I had the opportunity to assist on a medical mission trip to Honduras. Here I share my experience to help others who might be interested in serving on missions.

Honduras is the second poorest nation next to Haiti in the Western Hemisphere. According to the 2013 statistics over 64% of the population is below the poverty level and 54% of households are in extreme poverty averaging a daily income of less than $1.25. Another horrifying statistic is that 23 out of 1000 children 5 years and younger will die due to sickness and malnutrition.

Obstacles in gaining access to healthcare for the people of Honduras include the great distance people have to travel with too rough of terrain, lack of funds to purchase such items, and limited medical resources throughout the country. The closest hospital in San Pedro Sula is 76.39 kilometers from the nearest city Pena Blanca, which can be more than an hour travel with a vehicle through rough terrain down the mountainside. Over-the-counter medications are almost unattainable for many of people.

The team from the United States consisted of a physician, nurse practitioner, two RNs, two EMTs, five non-medical personnel and a nursing student. We were joined by another team that consisted of a Honduran team consisting of a physician, nurse, and four interpreters.  We started our journey of good fortune by loading the bus with our several duffels of medical supplies. Imagine packing for a 9-day adventure to another country in a single carry-on. After a 2-hour ride through Honduras, we arrived at our home for the next week, the Alfredo House. The Alfredo House is located just outside Pena Blanca on a secured and guarded compound. The bedrooms had the capability to sleep four people, camp style with bunk beds. The only other building on the campus is the Barnabas House, which houses patients for the extended care program. This program is for children who require more extensive care and surgeries with a required rehabilitation period. The compound also has a water filtration system to provide the missionaries with clean water. The missionaries are provided with breakfast, lunch, and dinner throughout their stay.

We started by unloading all of the duffels filled with medical supplies and medicines. Once the duffels were emptied it was time to count out medications and package totes for the week. During our visits to the villages we hand out 30-day supply of vitamins and small amounts of over-the-counter medications like Tylenol and Tums.

All of these items are in bulk form, so part of our job was to count them out and put them in small bags to distribute in the clinics. This was lengthy process, but with everyone pulling together we finished it that day.

After an incredible freshly prepared meal, we gathered around the table and started to learn about our newfound family for the week. The reason that I refer to the team as a family is for the simple fact that we shared almost every waking moment together, serving a great cause together for 8 days.

Imagine waking up to an incredible view of morning sunrise knowing that you are going to provide healing to some and comfort to many. This is what it felt like each morning in Honduras. The countryside is amazing, so green and luscious with vegetation due to the nightly downpour of rain.

Each day had some similarities, like the morning sunrise, the delicious breakfast, and the early morning commute to the mountain villages. For one village that was literally at the top of a mountain, it took us about 2 hours one way through very rough terrain, where there was minimal paved roads and slim passage with oncoming vehicles. When we finally arrived at our destination each day the routine was the same but not the patients we encountered.

In addition to the variety in our patients the other thing that differed from day to day was the condition of the each villages that we visited and the actual buildings that were available to us. Many of the villages had schools or churches that we could set our clinics up in and there was one time that we set up at a chicken farm. At the chicken farm they cleared out a cinderblock building of its equipment, and we set our clinic in there. The strong smell that was in the air at times made it difficult to concentrate, and I will always remember the odor.

Each day we had a vision clinic, vitamin station, dental clinic, deworming station, and a medical clinic. The villagers would gather and greet us as we got off the bus, some with just a wave and others with hugs and tears of joy and gratitude. Most of the time the men and young boys of the village would unload the bus and set up the tables and chairs for us. In one of the villages there were two young girls around 10 years old who were mopping the school floor for us to have a clean environment to work in.

Before the villagers started into the clinics they opened with prayer, thanking us for helping their people. Then each member of the village who wanted to be seen obtained a card, so we had a record for each individual seen. Within the medical clinic we had five stations set up with either a nurse or physician as the lead provider. Each medical station provided a minimal medical screening and examined more thoroughly individuals with greater needs. All of the children who came through a medical station were assessed for any conditions that might need an extended care referral, such as irregular heartbeat, obvious birth defect or any other medical conditions that would require continuous follow up.

Our main mission was to improve the health of the children and detect birth defects of the children and then refer them to the extended care program. When they are referred to the extended care program they are able to receive lifesaving surgeries and treatments to improve their outcomes. There were several people that touched our hearts and many who saddened as well. Here are a few examples of those individuals that we were touched by their amazing courage.

The vision clinic provided vision testing and eye glasses. There was a machine that could calculate an individual’s vision and make prescription eyeglass suggestions within minutes. The volunteers for the vision clinic often mentioned how rewarding it was to see the smile of someone who could see clearly for the first time. This too was an essential part of providing a healthier environment for the people of Honduras.

On average the dentist extracted 30 teeth a day with just the aid of two volunteers that without any dental or medical training. These extractions were performed with only local anesthetics and a comforting hand from a volunteer.

The vitamin and deworming station was essential for all the villagers. Because of the lack of clean water, many people suffer from parasites and vitamin deficiencies. These stations provide them with the much-needed vitamins and deworming medications, along with education on proper hygiene and good vitamin food sources. Many people lack formal education because of the need to work at a young age just to survive, so often don’t have the knowledge and skills to properly take care of themselves. One of the biggest part of all the stations is to provide the people of Honduras with the knowledge and information to live a healthier life.

The people of Honduras

One of my first patients on the first day was a 75-year-old man. I watched him approach my station by dragging his left leg; he was supporting his left arm with his right one. When he finally reached the chair he was needed help to be seated because of an apparent stroke. His only complaint was that he needed something for his “bone aches” because he had trouble sleeping due to the pain. After consulting with the physician, we placed him a daily regimen of 81 mg aspirin to help prevent any further strokes and referred him to the eye clinic to see if prescription glasses would help aid him. He was also given a small supply of Tylenol to ease his pain.

The second day brought a family of three: a mother and her two children. The five-year-old girl named Maria, reported frequent headaches. As I proceeded to assess her I noticed an abnormality in her right eye—it appeared to be smaller than the left eye. As I looked closer with a light there was discoloration in the iris and a decreased sensitivity to light. I immediately referred Maria to the clinic physician and also advised her mom to take her to the eye clinic to get her vision checked. It turned out that the child suffers from a birth defect called microphthalmia, or smaller eye syndrome.

My last day was, emotionally, the roughest day for me for many reasons. One reason was that it was the last day to share my talents with the people of Honduras and assist them towards a healthier future.

As we stepped off the bus we were greeted by a little girl with long, dark hair who smiled and waved. She and her family were my first patients. After I examined the children, it was mom’s turn. She pulled out a large envelope with ultrasound images and results, which were in Spanish. As the interpreter revealed that she had a tumor in both breasts and also in her stomach, I was unable to hold back the tears. Knowing from my experience working along side the breast specialist, I knew that this 25-year-old woman, mother of two has a poor prognosis. The mother doesn’t have medical insurance or a vehicle to drive to the physician for access to further testing and treatment. She was instructed that her only chance was to seek further treatment if possible. Unfortunately the prognosis is not promising for this young mother.

During my experience in the villages I was truly amazed by the perseverance and resilience of the people of Honduras, what they lack in material items make up for in courage and the love of life.