How do you look? 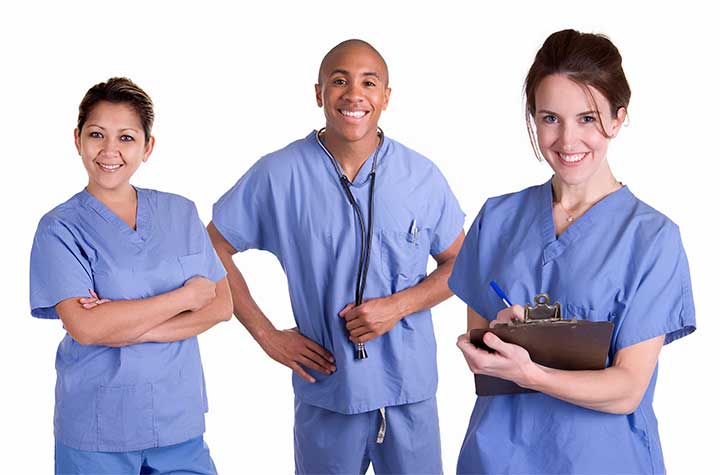 Recently, I rushed to the emergency department (ED) at my local hospital to meet a relative who’d been taken there by ambulance. When I arrived, in my desperation I fled for assistance to a uniformed police officer standing nearby. Why did I choose the police officer?

Because as I looked around the ED, I couldn’t tell who the nurses were; I latched onto the first person who symbolized confidence—a person in a distinctive uniform.

In the past, nurses stood out because we wore white dresses, caps, and nursing shoes. Today, we opt for individuality and comfort, wearing clogs, crop tops, and baggy pants on the premise that it’s what’s inside that counts. And it’s inside where our skill and knowledge reside; our attire isn’t relevant.

Yes—nurses are crucial to successful healthcare outcomes no matter how we dress. But have we taken the need to express our unique identity too far?

The purpose of this article isn’t to tell you what to wear, but to encourage you to consider how you look to others while on the job. Remember—it takes only a few seconds to make a lasting impression. What sort of lasting impression are you making on patients and their families? On physicians and administrators?

Wearing a uniform indicates affiliation with a group and evokes a sense of pride in the wearer. Some people also believe a uniform builds a spirit of comradeship, enthusiasm, and devotion among nurses—something that’s missing from many hospitals these days.

The earliest nursing uniforms focused on both functionality and feminine virtue, to better establish the profession as one of the few in which respectable women could pursue economic independence. The original nurse’s uniform was gray or blue, reflecting a nun’s habit and the uniforms worn by Florence Nightingale’s nurses during the Crimean War.

Today, nursing attire blurs the line between female and male, emphasizing the unisex appeal of the profession. Uniforms are a $10 billion-a-year industry, yet nurses can’t seem to agree on what kind of attire is most suitable. Most hospitals leave the decision up to employees, while a few require nurses to wear uniforms. Perhaps the only way to end the debate at any given facility is for one person to stand up and say, “This is what we’re going to do, like it or not.”

In the early 20th century, new findings about germs and their role in spreading infection helped popularize the white nursing uniform. Nurses continued to wear white until the 1960s, when feminists decided white symbolized diminished power. Elizabeth Norman, nursing professor at New York University and author of two books on the history of wartime nursing, states, “In the constant struggle for independence from doctors, some nurses started to see the white uniform as a symbol of the angelic, demure, dependent woman—not of the tough, resourceful professional she really is.”

The nurse’s white dress soon gave way to pantsuits and then to scrubs in the 1980s. Nurses found they could lift and maneuver patients more easily when wearing scrubs—and that scrubs were cheaper than uniforms. But nurses weren’t the only ones who found scrubs more comfortable; so did orderlies, technicians, aides, and maintenance and dietary staff. So now we all look alike—except physicians, many of whom continue to wear white lab coats over business clothing.

In 2005, Dr. Rhonda A. Scott, chief nursing officer of Grady Health System in Atlanta, Georgia, pioneered the return of the white nursing uniform at Grady. The change was implemented after patients expressed the desire to be able to identify nurses more easily. Dr. Scott notes that when “the patient asks the housekeeper, ‘What’s my blood pressure?’ you have a problem.”

Some nurses are happy white uniforms are back because they believe it reflects a level of respect and recognition achieved through years of schooling and training. When I contacted nurses at Grady to get their opinions on the white uniform initiative, I found that overall they’re pleased with it because “the patients know who the nurses are” and “it helps with our professional image.” Although some think the white uniform takes away from individual choice, this opinion hasn’t affected Grady’s nursing retention.

But other nurses believe the white uniform is a throwback to a bygone era. Some find that it frightens children, creates homogeneity, is perceived as depressing, and isn’t practical for working in an environment where clothing regularly becomes stained by blood and other stubborn substances.

Do scrubs disguise the nursing shortage?

Managed healthcare has forced many hospitals to cut costs by replacing nurses with ancillary workers who have limited training or with contract workers. Such workers wear scrubs of their choosing, making it difficult and sometimes impractical for hospitals to enforce a uniform dress code. “Putting everyone in scrubs makes it possible for hospitals to hide the fact that there aren’t many nurses on the floor,” notes Linda Aiken, a nursing professor at the University of Pennsylvania.

In fact, it may be a calculated move on behalf of hospital administrators to have all categories of employees dress in similar attire, masking the fact that most of the “caregivers” are unlicensed, unskilled, and uneducated. I’m appalled to think that the business of healthcare could diminish or hide the nursing shortage from the consumer.

The late 1990s brought new thinking into the workforce. As company loyalty to employees began to fade, individual employees began considering what assets they brought to the company that their colleagues lacked. Annette Vallano, author of Careers in Nursing: Managing Your Future in the Changing World of Health Care, explores how nurses must consider their niche in the changing workforce. She recommends they see themselves as a stand-alone business: YOU, Inc.

Vallano asks, “Is your service—what you have to offer—at least as good as or perhaps even better than similar nursing ‘businesses’ of other nurses?” She stresses that appearance is an important part of YOU, Inc. because your packaging does matter.

In other words, nursing is a business. The sooner we acknowledge this, the more successful we’ll be—both at the bedside and in the boardroom.

These dichotomies may seem cut and dried. But there’s a simpler way to help you decide what to wear on the job every day. After you’ve dressed for work, take a good look in the mirror; then ask yourself these questions:

•   What impression does this ensemble make on those around me?

•   Does this outfit distinguish me as a nurse?

•   Do I feel professional in these clothes?

•   Does this clothing provide comfort while projecting a serious image?

Sue Tobin, RN, CPCC, MM, was a medical-surgical and oncology nurse at South Shore Hospital, Weymouth, Mass. Sadly, Ms. Tobin died unexpectedly last month. As the founder of Coach4Nurses, based in Plymouth, Mass., she helped nurses rediscover passion for their work and life through workshops and coaching. The entire staff at American Nurse Today will continue to keep Sue’s family in our thoughts and prayers.