How to handle disruptive physician behaviors 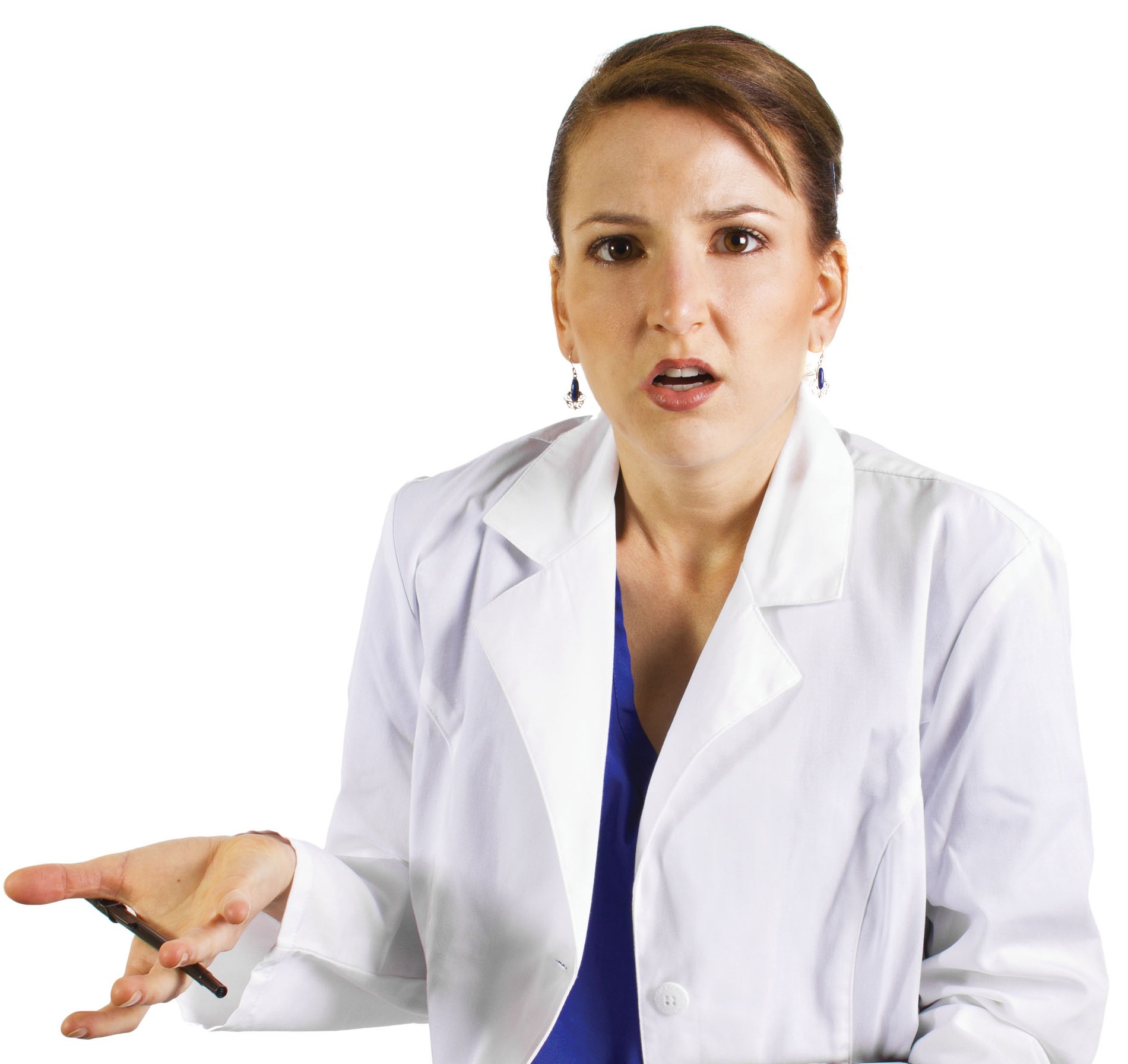 In 2008, the Joint Commission issued the sentinel alert “Behaviors that undermine a culture of safety.” It requires healthcare organizations to establish a code of conduct defining acceptable behaviors as well as disruptive and inappropriate behaviors, and to create and implement a process for managing the latter.

How far have we come since then? Not far enough, according to a 2011 survey of more than 800 physicians conducted by the American College of Physician Executives. In the survey:

Patients rarely are the direct targets of a physician’s disruptive behavior. When doctors hurl insults or instruments, they’re usually aiming at nurses. Nurses are the ones who may have to wait hours for responses to pages and calls, suffer the wrath of frustrated physicians, or keep prepped patients occupied while waiting for doctors to arrive for procedures. Nonetheless, patients are affected indirectly because disruptive behavior creates barriers to effective care.

In a 2005 survey of 1,500 VHA nurses, physicians, and administrators, 68% of respondents answered “sometimes, frequently, or constantly” when asked if they saw a link between adverse events and disruptive behaviors. Asked why that link might exist, some nurses said they wouldn’t call abusive doctors for information about their patients. (Note: VHA is a national network of not-for-profit hospitals and organizations.) The 800+ nurse respondents said they believed disruptive behavior contributed to:

Corroborating nurses’ perspectives on disruptive physician behavior and their own delivery of care, almost half (49%) of the respondents in a 2004 survey of nurses said their experiences with intimidation had changed the way they handled order clarifications or questions about medication orders.

The 2012 HealthLeaders Media Industry Survey underscores nurses’ di­lemma: While 42% of nurse leaders said physician abuse or disrespect of nurses remains common, only 13% of physician leaders thought this was true. Assuming this finding mirrors nurses’ experience in hospitals and clinics, what can nurses do to address a situation that causes them distress and can jeopardize patient outcomes?

In the popular 1993 best-selling book, Men Are From Mars, Women Are From Venus, the central meta­phor refers to the difficulty men and women sometimes have communicating with each other. And it may explain at least part of the difficulty that nurses (93% of whom are female) have in communicating with doctors (71% of whom are male). Nurses and doctors tend to be drawn to their respective professions for different reasons; also, they receive different training. Nurses, for instance, are expected to empathize with patients, understand how they’re feeling, take action to relieve suffering, and have some technological expertise. Doctors, on the other hand, are expected to diagnose illness and make quick, informed decisions about how to treat it.

These differences in training and in the personality types drawn to the two professions can lead to widely divergent approaches to patient care and communications. Doctors commonly get frustrated when nurses present information differently than they would or provide more detail than they believe necessary. Nurses, for their part, get frustrated when doctors seem uninterested in information nurses deem essential to their patients’ health and well-being. Of course, these differences in communication styles don’t justify disruptive outbursts—but understanding them can help nurses and doctors avoid them.

Power dynamics within healthcare organizations may contribute, too. Even as nurses are poised to take on a greater role as health care turns to a more team-based care model, physicians still cling to traditional positions and roles. Also, physicians remain central to revenue models, perpetuating traditional hierarchies. And while the problem of nursing shortages waxes and wanes, universal agreement exists that physicians are in short supply and will be for decades to come.

Given these dynamics, many nurses have difficulty confronting situations in which they think they’re being mistreated, even when patient safety is at stake. Nurses who are hard on themselves tend to allow others to be hard on them, too. As noted in “Making the workplace healthier, one self-aware nurse at a time” (American Nurse Today, July 2012), many nurses need to take steps on their own to develop the confidence and ability to confront physicians and other coworkers who speak or behave inappropriately.

So for most nurses, the first step in addressing disruptive physician behavior is internal. It starts with an absolute belief that nobody deserves to be yelled at for making
or witnessing a mistake, much less while doing their job correctly and competently.

Regardless of the circumstances, when a nurse is on the receiving end of a physician’s inappropriate language or actions, the best approach is to be assertive and confront the physician directly at the time of the occurrence. How this is done marks the difference between a healthy workplace culture and a toxic one. Simply saying, “Please stop yelling at me” or “This is un-acceptable” on behalf of yourself or a coworker may help a doctor become aware that his or her behavior has been noticed and is inappropriate and upsetting. This response takes self-control; the impulse to return the communication in kind or to shut down entirely is counterproductive and doesn’t address what might be a recurring behavior pattern by the doctor.

Sometimes, the heat of the moment eclipses any effort at civil communications. In that case, once you’ve had a chance to calm down and think about the incident with greater clarity, ask to speak to the physician in private. Tell him or her you’d like to follow up on the incident. If you made a mistake that contributed to the inappropriate behavior, own up to it and apologize. But whether the incidence stemmed from an error or a misunderstanding, the inappropriate language or behavior still needs to be addressed.

When speaking with the physician, use “I” language to calmly identify the behavior and the impact it has had on you and, potentially, the patient. For example: “I felt intimidated and flustered when you yelled at me for asking for clarification on your medic­ation orders for Mrs. Henderson. I thought it was important to make sure I had them right to prevent an error or misunderstanding.”

When to report the behavior

If direct confrontation doesn’t work or the disruptive behavior continues despite calling the physician on his or her actions, nurses who experience or witness disruptive behavior should document each occurrence and ask their nurse manager for assistance. While not every incident needs to be reported unless it directly threatens patient safety, nurses who’ve kept records of such behavior can make a stronger case if and when they decide to confront the physician directly or report the behavior. Note the date, time, and setting (including who else might have witnessed the incident), along with a factual description of what was said or done.

Most larger healthcare organizations have policies in place for reporting and addressing disruptive behavior. But wide discrepancy exists in how well those policies are enforced, along with some confusion about when, what, and to whom to report. When policies and reporting channels aren’t immediately known or clear, ask for clarification about expected standards of behavior (which should be communicated periodically to all employees). The process for bringing concerns forward should be discussed annually and in new hire orientations.

In organizations with a well-known and well-enforced zero-tolerance policy for disruptive behavior, nurses have clear channels to report their experiences and observations. In most cases, that may be enough to resolve the issue. But if it doesn’t, nurses have the option of going directly to the human resources department to find out what other resources are available. (See Case study: Zero tolerance.)

Some organizations have designated committees to deal with nurse-physician relationships. But whether it’s a committee, a task force, or a particular individual or department, it’s critical that at least one resource be designated and held accountable for investigating and responding to reports of disruptive or inappropriate behavior. A common frustration is that incidents are reported but nothing ever happens.

At organizations that still view physicians as valued “clients” and fear losing them and their patients by confronting disruptive behavior, or at smaller physician-owned practices with few or no nonphysician administrative staff, nurses may have a tougher time making reports or confronting disruptive behavior directly. Yet organizations that refuse to intervene with disruptive physicians are putting patients at risk and opening themselves to lawsuits and loss of credentials. In those situations, nurses may need to seek advice from external sources. State nursing associations or boards can be a good place to start when considering what actions can or should be taken.

Ultimately, the decision to pursue disciplinary action or stay in a job where the behavior won’t be addressed is one each nurse must make individually. Some nurses may think, “I like everything else about this job, so I can work around this doctor.” Others may decide, “I don’t care if I get fired. I’m not putting up with this for one more day.”

In almost every circumstance, the worst way to resolve the fallout of a difficult conversation is to merely complain to coworkers. “Am I overreacting?” or “How would you handle this?” are legitimate ways of asking a trusted coworker for support or advice. But enlisting everyone on the floor to rally against the physician in question and relive the event over and over again isn’t a legitimate or constructive approach.

Nursing is a stressful career, and nurses can’t always get the objective feedback and emotional support they need from coworkers. Many healthcare organizations now offer employee assistance programs (EAPs) that provide various services at the individual and organizational level, including life coaching, personal counseling, and peer coaching (which provides a chance to talk to somebody who has walked in the employee’s shoes).

Individually or as a team, nurses could suggest that training around respectful communication and conflict resolutions be provided to all employees. Taking steps to create
a culture of respect is productive and empowering. Although change doesn’t happen overnight, there’s no reason for nurses to suffer in silence when, by standing up for themselves and their coworkers, they could make the workplace healthier for all staff—and the patients under their care.

Sepsis identification: A race against time