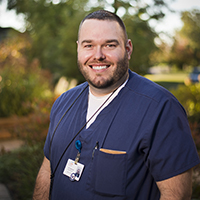 If you grew up listening to rock music in the 1980s, you might have heard stories about the overly demanding requirements of Van Halen and their infamous brown M&Ms. For those who don’t know, one of the items that had to be present backstage in the green room before a concert was a bowl of M&Ms. This bowl of candies could not have a single brown one among them or havoc would ensue, and the show could be canceled according to the contract. What for decades had been perceived as the diva antics of a rowdy rock band was much more nuanced than that and served a vital purpose.

An interview with lead singer David Lee Roth years later revealed that this demand was an intentional quality control measure that they hid deep within their contract to ensure the massive musical production would be handled safely across all the various venues they toured at. At that time, most bands would arrive with three truckloads of equipment for a concert, but Van Halen was putting on massive shows that required nine truckloads worth of light and sound equipment. They needed to be sure that each venue followed all of the strict technical specifications for setting up this massive production, as errors could lead to severe disruption of the concert, injury to the band and fans, or even loss of life.

Roth felt that if the venue promotor had paid close enough attention to the contract to ensure that the bowl of M&Ms was placed in the green room without any brown ones, they had also followed all of the technical specifications of the equipment. Performing a full inspection of the entire production equipment before every concert would be too time consuming, but implementing this subtle test was a way for them to know if they needed to do just that. It was a brilliant yet nontraditional way to ensure that quality control was being adhered to.

This rather unconventional contract clause that Van Halen implemented decades ago can teach us in healthcare about how to better work towards protecting our patients. We all can evaluate our healthcare systems and processes and look for the “brown M&Ms” that indicate potentially greater problems. The Institute for Healthcare Improvement (IHI) teaches that “Every system is perfectly designed to get the results it gets – the only way to get different results is to change the system.” Looking for small deviations such as the brown M&M’s in Van Halen’s green room can serve as a canary in the coalmine that there might be greater deviations going on in our units or healthcare systems that may put patients at risk. Remembering that assessment is our first step as nurses, we must first collect information on problems within our processes before we can diagnose what the cause is and implement change. All of us, whether bedside nurses, unit managers, or directors, must actively look for the brown M&M’s among us.

The importance of providing safe care and striving for quality improvement was driven home when the Institute of Medicine released its To Err is Human report in 1999 indicating that close to 100,000 hospital deaths occurred each year due to medical errors. This sobering statistic was overshadowed almost two decades later when a study came out from John Hopkin’s University School of Medicine reporting that medical errors are the third leading cause of death in the United States.

If David Lee Roth took his tradecraft seriously enough as a rock and roll musician to implement his brown M&M rider clause for the safety of his band and audience, how much more should we as nurses be implementing change for the safety of our patients? Each of us is entrusted with the lives and wellbeing of our patients, and we all should constantly be striving for excellence in the care we provide. What brown M&M’s are you seeing in your unit or healthcare system and what larger problems may they potentially be pointing towards? In the words of the IHI, how might you change your system that is perfectly designed to get the results it is producing if the results need improving? It’s up to each of us to be part of the change and reduce the abysmal mortality rate related to medical errors. It can start by looking for brown M&Ms and refusing to accept them in our practice.

Sloane Donaldson M. Chapter 3: An overview of to err is human: re-emphasizing the message of patient safety. 2008. ncbi.nlm.nih.gov/books/NBK2673/

Sternberg S. Medical errors are third leading cause of death in the U.S. 2016. usnews.com/news/articles/2016-05-03/medical-errors-are-third-leading-cause-of-death-in-the-us