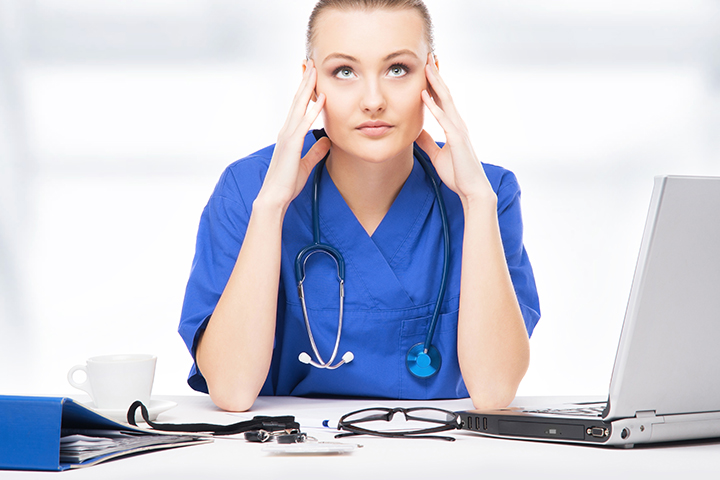 Have you become desensitized to alarms?

I stepped onto an elevator with three other people, their eyes glued to their phones. Just as the doors were about to close, another passenger ran in behind me, causing a loud alarm to go off. What happened? Was there a problem I didn’t see, or did the doors malfunction? I glanced first at the elevator alarm panel with its flashing red light, and then at the passenger almost caught in the doors.

As fast as the alarm sounded, it stopped and the elevator continued its ascent to the next floor.

None of the other passengers seemed concerned enough to look up from their phones, despite the deafening noise. All three were tuned into the action on their devices, perhaps checking text messages, emails, Facebook posts, or calendars. Whatever they were doing, why didn’t they react to the alarm? Believe me, the sound was loud enough to wake up anyone from a sound sleep!

How did attention to phone notifications override a response to something as important as an elevator warning signal? Was concern for personal life events greater than the life of the person entering the elevator? Surely each of the elevator passengers had heard alarms or sirens before this one—fire, tornado, and police sirens are universal signals of danger. Maybe the elevator wasn’t an environment creating distress for this group because the sound wasn’t accompanied by a physical jolt or other hint of potential impending harm. My guess is that they felt safe to ignore the elevator alarm.

The impact of alarm desensitization 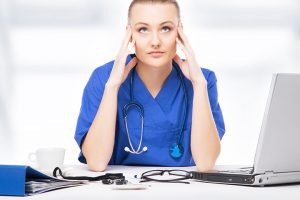 As nurses, we can be like the passengers in the elevator if we’re not careful. We work day in and day out with all types of alarms in our clinical environment. We know which alarms have a low priority and which may indicate a high level of risk to a patient, such as a cardiac arrhythmia.

But alarms meant to alert us to problems are often false, so we become desensitized to them. Numerous studies have documented the incidence of alarm fatigue, which occurs when we’re exposed to multiple frequent alarms and become less likely to react to them.

Whether you work in the emergency department, an intensive care unit, or a med-surg unit, in an inpatient or outpatient setting, how often do you hear alarms on your shift? Have you taught yourself to instinctively defend against alarm fatigue by mentally blocking them out? How often do you respond to a phone message notification versus a clinical alarm? Do you answer one faster than the other? Have you ever asked yourself why?

My elevator experience has given me an interesting new insight into the subject of alarm fatigue, questioning the response time difference between personal alerts and clinical, professional, or environmental ones. For me, it’s alarming.

Stay current with the latest on alarm fatigue. Read “Exhausted by alarms?” in this month’s issue of American Nurse Today.