A Look At Hospital Nursing During the 1970’s 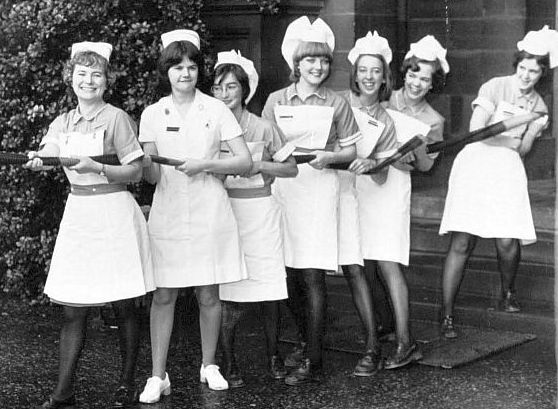 You would feel lost and confused if you were transported back in time to a hospital ward in the 1970’s when the nurses who are now at the end of their careers were students. But you would probably not be as out of your depth as a nurse from that era who suddenly found herself on duty in the present.

The world has changed dramatically over the past few decades, and most of the changes are the result of the growth in knowledge and technology. It has been calculated that towards the beginning of the 1900 knowledge was doubling only about every 100 years, after the World War II it was doubling every 25 years, and it is estimated that knowledge currently doubles on average every 13 months. There have also been noticeable social and cultural changes. Generally, life and human interaction have become far less structured and formal, most likely due to the global human rights movement. These developments have had a considerable effect on patient care, nursing, and nursing practice, as you will see from the recollections below.

Nursing students were part of the nursing staff allocation

In 1970, I was accepted as a student nurse into the only degree program at the time. Although we were university students, we were on government bursaries (a monthly “salary”) and therefore answerable to the hospital authorities.

My name is Samantha and I’m 22-year-old ICU nurse. Many people tell me how accomplished I am for my age—how amazing it is that...
Read more
My Nurse Influencers