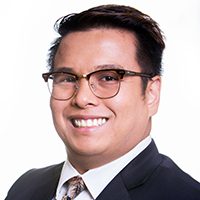 The day after the horrific mass shooting incident at Douglas High School in Parkland, Florida, I began my undergraduate nursing lecture with a piece on mass shootings. I was expecting a lively conversation on the topic, yet my students remained quiet. They were perhaps surprised by the fact that I brought up what’s in the news rather than the subject matter I was supposed to teach, so I attempted to personalize mass shootings by saying, “I do not like the fact that I am getting desensitized to mass shootings in schools. I do not like it because tomorrow, it can be us running for our lives.” My statement got the conversation going, which made me realize that my student must have been desensitized to mass shootings to some extent as well.

Well, who wouldn’t be?

There have already been 17 mass shooting incidents in 2018 at the time of this writing, and a total of 345 last year, according to the Gun Violence Archive, a Washington, DC-based nonprofit that tracks gun-related deaths and injury based on official records. Three of the deadliest mass shootings in US history happened in the past 5 months.

The main reason why nurses should be concerned about mass shootings is that it denigrates respect for human dignity—a value that all nurses should hold in reverence. The thought of humans being gunned down like wild game should send shivers down anyone’s spine. In our society though, gun violence seems to be normalized with each passing day. The shock and sorrow that we collectively feel as a nation diminishes and becomes more and more ephemeral with repeated exposure to mass shootings. This is true for most people, including nurses.

I continued my discussion, saying: “As nurses, we need to be concerned about this because we take care of people, we care for society and promote their health and welfare. We take care of mass shooting victims, their families, and at times, even perpetrators.”

One student responded, “Professor, the shooter is mentally ill.”

What dismays me more is the fact that the Trump administration recently slashed the budget for mental health programs. I know firsthand how difficult it is to access mental health services because I once referred someone to seek these services. While private insurance covers psychiatric and mental health treatment, most of them also require medical necessity. This means that preventive services are essentially not included.

I emphasized to my students the need to be sensitive and concerned enough to say something when dealing with a friend or family member whom they suspect to have mental health issues. Asking questions like “Are you finding it hard to cope?” and “Do you need help?” is necessary for us to identify individuals with potential mental health needs before they escalate. Mass shooters do not simply “snap.” There are often warning signs that were unfortunately missed or deliberately overlooked.

I then concluded my piece on gun violence by letting students reflect on their gun ownership rights vis-à-vis public safety.

Only a quarter of American households own a gun. Of this quarter, 3% are “hardcore super owners”—having an average of 17 guns each—according an unpublished 2015 Harvard/Northeastern survey reported in The Guardian. On the other hand, being a victim of a mass shooting can happen to anyone. Each incident leaves trauma and emotional scars that affect the entire nation. Something is not right in this equation.

Now is the time for us to do something about the gun problem in our country. We need gun reform now. Being in the front lines of healthcare, nurses should lead the way in advocating for this issue.

Randelle I. Sasa is an assistant professor of nursing at Queensborough Community College – City University of New York in Bayside, New York. Correspondence can be sent to rsasa@qcc.cuny.edu.