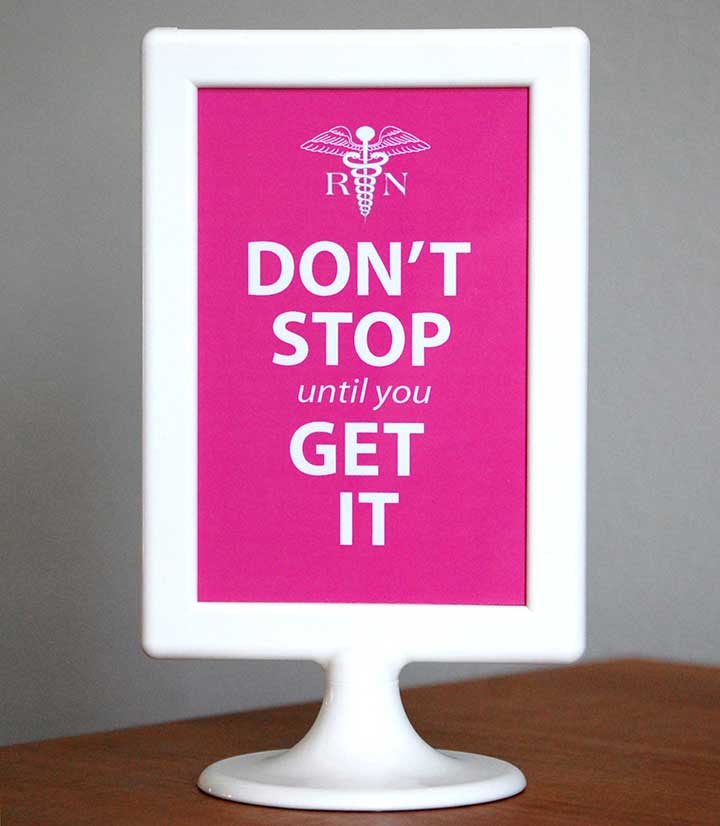 Michael had diabetes and a history of elevated blood glucose levels. A long-time drinker, he seemed to have no interest in giving up the habit. I met him while working as a diabetes nurse educator for the Boston Health Care for the Homeless Program, traveling from shelter to shelter to help persons with diabetes set goals to improve their health.

If our meeting had taken place a decade earlier, I might have given Michael information about diabetes and talked with him about his alcohol use. I would have encouraged him to stop drinking by explaining the problems alcohol can cause for people with diabetes.

Instead, I asked him to talk about his alcohol use, including what he liked about drinking. I assured him I wouldn’t tell him to stop drinking. He explained he was shy and alcohol served as a social lubricant. Also, it kept him warm on cold nights when he slept outdoors. Then I asked if there was anything he didn’t like about drinking. He said his drinking hurt his mother, and his sister wouldn’t allow him to sleep in her home if he’d been drinking. Had I not asked these open-ended questions, I may not have been able to ferret out this important information about Michael’s strong connection to his family. I knew the relationship I was establishing with him could serve as an important motivation for change—once he was ready.

When I asked Michael how much he drank each week, he said he had no idea. I told him this was important information for us to have as we worked together to gain control of his blood sugar. He was still incredulous that I wasn’t going to simply tell him to stop. I asked him if he could record how much he drank in a notebook for 1 week, and then return for another meeting with me. He agreed. But he didn’t come back the next week.

However, he did return a few months later. He told me that once he started keeping a record of his drinking, he was shocked by the amounts and got himself into a detoxification program. He’d been sober for 3 months.

I attribute the outcome of my interaction with Michael to motivational interviewing, a counseling approach developed largely by clinical psychologists William R. Miller, PhD, and Stephen Rollnick, PhD. Its origins lie in the treatment of alcoholics, although today it’s used with patients struggling to quit smoking, lose weight, or manage such chronic diseases as high blood pressure and diabetes.

Miller and Rollnick describe motivational interviewing as “a directive, client-centered counseling style for eliciting behavior change by helping clients to explore and resolve ambivalence.” The technique often is referred to as a way of “helping people talk themselves into change.”

As a nurse working with homeless people, I’ve found motivational interviewing to be a powerful way to interact with them, helping them make important changes leading to healthier lives. It also has allowed me to get to know clients on a much deeper level.

This can be quite empowering for homeless persons, who may have had precious few experiences where their input was solicited or valued. Listening carefully can help clinicians tailor the solution to a client’s values and lifestyle, increasing the likelihood of behavioral change.

Here’s an example of how to use open-ended questions: A patient struggling with weight loss for better diabetes control doesn’t need to hear from me that certain foods are forbidden; such a direct instruction is a set-up for failure. Instead, I might ask the patient to tell me what she eats in a typical day. I would focus my questioning to bring out the significance of food as a means of comfort and try to find out what kinds of food are available in the shelter. Then I’d work to come up with a plan to change portions or gradually move the patient toward foods that could improve her blood glucose control.

Affirmation. Affirmations are statements that affirm people’s experiences and help them see their own strengths. They must be genuine and proportional to the person’s accomplishment. Examples include: “You showed a lot of resilience when you resisted the urge to _______” and “I wonder how you found the strength to _______.” An affirmation differs from praise; the latter implies judgment.

Reflective listening. When clinicians listen reflectively and then paraphrase for the patient what they think they’ve heard, they get a chance to prevent misunderstandings. In some cases, this might require them to interpret the implicit emotions behind the patient’s statements. The expectation is that the client will correct significant misinterpretations.

Summarizing. At the end of a session, the clinician summarizes what has taken place. Besides letting the patient know the clinician has been listening, summarizing can be an opportunity to include information from other sources, such as clinical knowledge or research. It may be a good time to restate what the patient hopes to do before the next session, if one will occur. (I always strive to schedule another sesssion. Motivational interviewing is about building a relationship, and its effect often is cumulative.)

A spirit that informs every interaction

Breaking down a complex communication model into four basic tenets such as OARS runs the risk of reducing it to a formulaic tool. And motivational interviewing is anything but formulaic. Being trained in the technique is important, but beyond the technique and the OARS mnemonic is a spirit that needs to inform every interaction.

With motivational interviewing, patients are the experts. They know themselves and their lives better than anyone else, so they must play a large role in figuring out how to effect change. The clinician’s role is to help steer the conversation in certain directions, remembering that the patient is ultimately the driver.

I’ve found motivational interviewing effective and powerful with the homeless because it gives these largely voiceless, powerless, invisible people a voice, power, and visibility. It invites them to tell their own stories and feel listened to and empowered. It’s conversational and collaborative, not prescriptive and hierarchical. If you’re genuine with patients and their struggles, you build a relationship that guides you through difficult times—even when the patient is resistant or seems to have lost hope. (See Is the technique effective? By clicking on PDF icon above.)

One of the beauties of motivational interviewing is that it encourages clinicians to engage their patients in a more holistic examination of their lives and health. If I’d addressed Michael’s elevated blood glucose levels only from the perspective of what he needed to do to lower them, he may not have done the introspection that ultimately led him to quit alcohol. Over and over, I’ve found motivational interviewing leads to changes for my patients that surprise and delight even an old veteran like me.

Sharon Morrison works for Boston Health Care for the Homeless Program (BHCHP) in Boston, Massachusetts, where she has provided care in settings ranging from shelter clinics to the streets. She currently works at BHCHP’s clinic at the New England Center for Homeless Veterans in Boston.

Librarians on the healthcare team