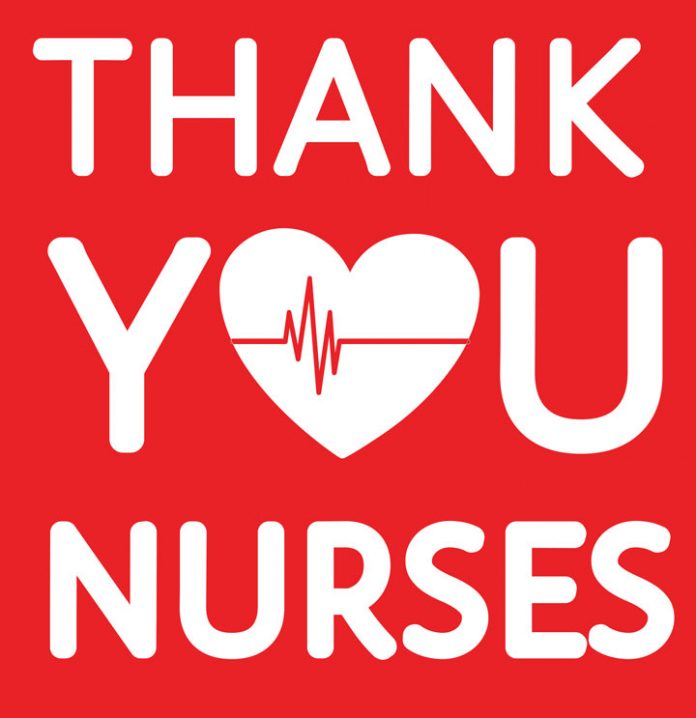 Late last month, the documentary film American Nurse Heroes, produced by HealthCom Media and Al Roker Entertainment, in collaboration with the American Nurses Association (ANA), premiered on network television. I have seen many nursing documentaries before. This time, it was different. I was in it.

I cannot say with certainty that I know now how Brad Pitt feels watching himself on the big screen, but seeing myself on TV and actually listening to what I said was like listening to a second self, someone who is more knowing that I am. Watching my comrades in caring (Kathleen, Tarik, and Shumi) reflect on their practice and share their aspirations without affectations made me realize I am in the company of consummate caregivers.

The film is but a tiny snapshot of the power of nursing. Can you imagine if the care narratives of the four million nurses in the U.S. were put into a film? It might not get an Oscar, but what nurses do is worthy of a Nobel, a peace price.

After watching the film, I told the film director that he had given the nursing profession and the nurses a love letter! Something nurses can read (watch) over and over again, especially when the going gets tough, to remind us why we do what we do so well. Something to keep us going and not simply keep on. Real life nursing is messier, not always as seamless as the dramatic scene changes in a film, and there is no accompanying stately or somber soundtrack to summon the right emotions. And as everybody suspects, caring in real time, when one is not being filmed, can be even more dramatic.

Because nurses don’t create a physical product the way painters, architects, or filmmakers do, their lasting legacy is harder to grasp— almost ephemeral. The film has allowed me to make inward glances and recapture the gestation of my nursing career, and what has become of it. Nurses don’t get to deliver the valedictory address or the witness statement on how to put things right in health care; our patients will do it for us, if we truly listen to them. The film gives present and future nurses the narrative competence to celebrate  themselves, not in a self-congratulatory way, but in gratitude for the privilege of making a difference, in sickness and in health. If I was not a nurse already, I’d say the film would have given me the moxie to want to be a good nurse.

I never saw myself as a nurse hero of the Marvel and caped variety, but I do marvel at the subtle heroic acts that nurses do. Nurses, including myself, and the rest of the frontline workers, would be embarrassed to claim the title, “hero,” but we do small heroic acts of empathy, kindness, and grace on a daily basis. These acts are the proof of our devotion to caring. When the world appreciates that, it expands our collective sense of possibility, and inspires the nurse to go above and beyond the call of duty.

In their un-filmed and unwatched moments, when the bombast of our highly orchestrated healthcare has settled, nurses deliver the cadenza of caring. My bedside nursing is over; what the American Nurse Heroes film has done for me is summon the ghost of my nursing past, to tell me I’ve done well and all is forgiven. It buoys me knowing that I have a sense of purpose in my ongoing career as a nursing faculty.

I didn’t know this then, but looking back at my 19 and a half years’ experience as a bedside nurse, I can say that being a nurse has been a life-changing privilege. To be given a chance to participate in another person’s life along the health-illness span, and to make someone’s day just a little bit better or more bearable, has positively influenced my values, my priorities, and my humanity.

I came across this parking sign while visiting a Rutgers University school nursing student in her practicum. It was encouraging to see a parking...
Read more
My Nurse Influencers

The Dauntless Nurse: The greatest innovation of all

Illustration by Xanthea Carlson. “What would health care look like if it was a car," I asked nurses. It was a game they were curious enough...
Read more
My Nurse Influencers

As the American nursing profession turns a corner into the next chapter of the COVID-19 pandemic, many nurses may be considering their next steps...
Read more