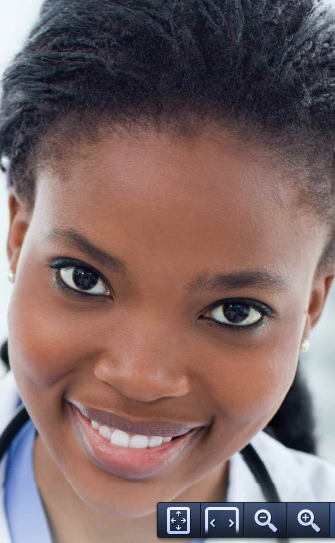 The past few years have cast nurse practitioners (NPs) in the spotlight, thanks to passage of the Affordable Care Act, the 2011 Institute of Medicine (IOM) report The Future of Nursing: Leading Change, Advancing Health, and physician shortages. In underserved areas, NPs may be the only healthcare practitioners available. So this is an ideal time to examine developments in and continued challenges of the NP role in nursing and health care.

To date, 48 nursing organizations (including all national NP organizations) have endorsed the Consensus Model; the target date for implementation is 2015. The IOM recommends state legislatures conform to the Model Nurse Practice Act of the National Council of State Boards of Nursing, which is based on the Consensus Model. So far, 16 states, the District of Columbia, and Northern Mariana Islands have APRN legislation in alignment or near alignment with the Model. (See Speaking with one voice by clicking the PDf icon above.)

Although the Model is helping to reduce confusion and inconsistency, some uncertainty remains—especially for NPs because of wide variations in state regulation of NP practice. NP role definitions, titles, scopes of practice, prescriptive authority, and physician oversight still vary across the 50 states. This can cause problems when an NP moves to a different state or prescribes through an out-of-state pharmacy.

What types of NPs are in practice?

The answer isn’t a simple one. APRNs are educated and licensed at the level of role and population focus. One goal of the Consensus Model was to ensure APRNs first complete a broad-based education in a specific role and a specific population. The Model names six population foci for APRNs, reflecting recent changes that are affecting future national NP certification exams. The six current population foci for entry-level NP practice are Family, Adult-Gerontology, Neonatal, Pediatrics, Women’s Health/Gender, and Psychiatric-Mental Health (across the lifespan).

Take, for instance, NP as the role and pediatrics as the population. To be licensed as a pediatric NP (PNP), the candidate has to complete a pediatric NP education program and pass a national PNP certification examination.

Those choosing the NP role with a pediatric or adult population focus must further select either acute care or primary care. Acute-care NPs (ACNPs) often function in the hospitalist role, managing the problems of critically ill patients. Although many ACNPs practice in intensive care units and emergency departments (EDs), the role has expanded. Rather than practice in specific settings, ACNPs focus on patients with acute and complex illnesses or chronic illnesses. They may practice in clinics, home and hospice care, and specialty practices. ACNPs are prepared to perform invasive procedures to stabilize critically ill patients and to provide restorative care.

In 2006, the American Association of Colleges of Nursing recommended the Doctor of Nursing Practice (DNP) degree as the entry-level degree for all APRNs by 2015. Not exclusively for NPs, DNP is the highest degree for nurse clinicians. Salary survey data from 2009 found DNP salaries are about $7,688 higher than those of master’s-prepared nurses.

NP certification boards don’t require a DNP for entry-level exam eligibility. No evidence suggests better clinical performance in an NP with a DNP compared to a master’s-prepared NP. Nor does any state require a DNP as a condition of APRN licensure. The Consensus Model recommends APRN entry-level education “be formal education with a graduate degree or post-graduate certificate (either postmaster’s or post-doctoral)…awarded by an academic institution and accredited by a nursing or nursing-related accrediting organization.”

Emerging practice settings for NPs include EDs in rural hospitals, convenient-care clinics, and house-call practices. Nurse-managed health centers, many owned and operated by nursing schools, also are a growing option. Some NPs are successful independent practice owners, though their exact number isn’t known. According to a 2009 national NP salary survey, 3% of respondents (n = 5,908) identified themselves as private practice owners; half of these practices had been open less than 3 years. A similar survey 1 year later found about 10% of respondents (n = 2,956) intended to open a healthcare-related business in the next 5 years. (See Tracking NP growth and practice patterns by clicking the PDF icon above.)

The American Academy of Nursing’s Raise the Voice Edge Runner Program showcases innovative nursing practice models, including creative examples of NP practices meeting the needs of underserved communities. One example is Tel-­Emergency—a distance emergency-care service that can help improve clinical and financial outcomes. This 24/7 system links a specially trained NP in a rural ED with a board-certified emergency physician at a distant location. Nearly half of ED patients require collaborative care by the NP and emergency physician, with the NP independently treating the remaining patients. TelEmergency has trained more than 45 NPs and treated more than 150,000 patients. It has been implemented in 15 hospitals.

Another exciting NP practice setting is the nurse-managed health center. Currently, 250 such centers exist in the United States, with more than 2.5 million patient encounters per year. They are staffed primarily by NPs, other APRNs, other nurses, and members of other disciplines.

St. Francis Health Center in Will County, Illinois (an Edge Runner), represents a successful collaboration between NPs and CNSs to serve the poor and uninsured. In 2006, the University of St. Francis School of Nursing obtained a $2.1 million grant from the federal Health Resources and Services Administration to support its nurse-managed health center—a primary-care clinic staffed by NPs, a social worker, a registered nurse, a dietitian, and support staff. The center takes a one-stop approach to meeting the health needs of its patients (mostly place-bound elderly and disabled persons). NPs provide primary care and a psychiatric CNS provides onsite psychiatric care.

The convenient-care industry (also called retail health) has evolved as a response to the floundering U.S. healthcare system. Convenient-care clinics are located in retail stores (such as Target and Walmart) and pharmacies (such as CVS). Staffed primarily by NPs, they offer a limited, defined scope of services. The clinics are designed to meet basic healthcare needs, such as treatment of acute otitis media or urinary tract infections. They also provide certain vaccines, such as flu vaccine. According to the Convenient Care Association, NPs are ideal to staff such clinics because they possess “advanced clinical skills and a strong desire to expand access to care.” The United States now has more than 1,300 retail clinics in 40 states; most employ NPs. A RAND Corporation study examining trends in retail-clinic use found that use increased tenfold between 2007 and 2009.

NPs are using technology to enhance house-call practices. Raymond Zakhari, ANP-BC, FNP-BC, owns Metro Medical Direct in New York City. This web-based private practice is a primary-care, house-call service that delivers holistic primary care in a person’s home or office, or (if traveling) in a hotel. The website features a patient portal, a blog, and a patient-education library. Zakhari makes house calls with his laptop and a therapy dog. He takes full advantage of a web-based electronic health record system for charting, billing, and e-prescribing. Appointments can be scheduled online.

Turf battles between NPs and organized medicine continue at both the federal and state levels. NPs aren’t replacements for physicians, any more than physicians are replacements for NPs. Each type of professional has completed specific education to prepare for their respective roles. These roles happen to overlap in many ways, but certainly aren’t identical. Most NP educational programs are highly rigorous master’s programs that prepare nurses to be NPs, not “junior doctors.”

Currently, 27 states don’t require physician oversight of NP practice. But 16 states still require NPs to practice under severe restrictions that limit patients’ access to care. Florida and Alabama are prime examples; these are the only states that continue to restrict NPs from prescribing controlled substances. Such restrictions can have dire consequences. After the April 2011 tornado disaster in Alabama, NPs couldn’t fulfill a request to staff a free clinic to help disaster victims because of a restrictive collaborative practice agreement requirement.

Strong evidence suggests NPs are safe, effective providers. A recent systematic review of 1990-2008 literature by multidisciplinary authors clearly shows that in a range of situations, NP outcomes are comparable to, and sometimes exceed, physician outcomes. NPs don’t require physician oversight of their practice to ensure patient safety. No single type of healthcare provider works alone or in isolation. Competent providers are responsible for making appropriate patient referrals to other healthcare team members when a patient’s needs would be better met by another provider.

If you’re a staff nurse, you may wonder how best to work with an NP. Remember that she or he is a nurse, just like you. NPs value the same things you value: empathy, a holistic view, and concern for the patient’s comfort and well-being. They’re concerned about the patient’s medical and nursing needs, and should value your input on both. With a predicted physician shortage of 90,000 in the not-so-distant future, a chronic disease epidemic, an aging population, and anticipated addition of 30 million primary-care patients to insurance rolls by way of the Affordable Care Act, NPs are vital to our nation’s health.

Without nurses or NPs, the U.S. healthcare delivery system can’t improve. As Jeff Susman, MD, editor of the Journal of Family Practice, stated in a 2010 editorial, “I urge my fellow family physicians to accept…a full partnership with APNs…let’s celebrate differences in practice, explore opportunities for collaboration, and develop diverse models of care.”

Visit www.AmericanNurseToday.com for a complete list of references and a history of the NP role, a chart showing changes in APRN population foci, and a table of NP certification boards, examinations, and credentials.

Janet Selway is director of the adult-gerontology nurse practitioner program and assistant professor in the School of Nursing at The Catholic University of America in Washington, DC. She is the immediate past-president of the American College of Nurse Practitioners.