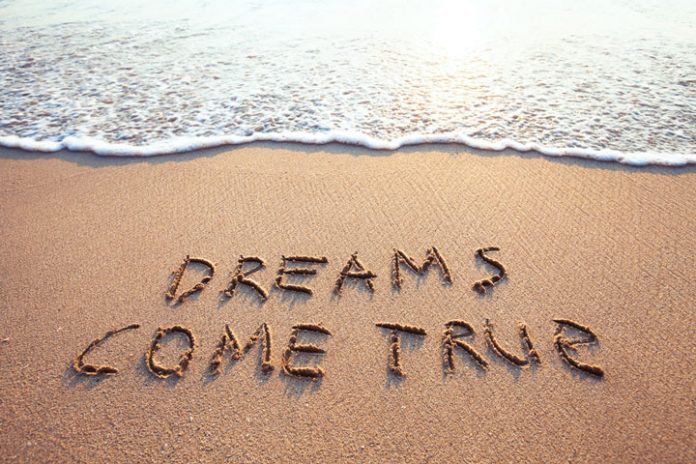 As a teenager, Man-Yee (“Karen”) Tsang, BS, RN, CPN, wrote a paper for school that described her desire to be an inventor one day. About a decade later, Karen immigrated to the United States after graduating from nursing school and lived on $100 per month as her husband completed his doctoral program at Duke University. “I have always been a dreamer, and I’ve always been very resourceful… able to make do with what I have,” Karen says. In hindsight, Karen is convinced that these traits helped her a lot when, in 2011 and at age 52, she decided to become a nurse inventor.

For more than 35 years, Karen has cared for infants who have been admitted to the hospital for dehydration secondary to respiratory syncytial virus (RSV)-related bronchiolitis and other respiratory infections. Since young infants typically breathe through their nose for the first several months of life, clearing their nasal passages when they are congested is a simple but critical step to help prevent dehydration and respiratory distress. It’s very difficult for a young infant to drink when their nose is congested.

During the winter of 2011, Karen was working in a Children’s Hospital in Raleigh, North Carolina, caring for an infant admitted for dehydration secondary to RSV. When Karen went in to discharge the infant home, the infant’s mother became upset. “She was in tears. She refused to go home because she said she had nothing that would clear the baby’s nose. She had tried using saline drops, a bulb suction and a humidifier, which are all the things that we recommend…but they had not helped.” The mother pleaded with Karen, insisting that the only device that effectively cleared her infant’s nose was the nasal suction machine/catheter used at the hospital.

An effort to help

The frustration this mother expressed had been expressed by hundreds of other parents that Karen had encountered throughout her years as a pediatric nurse, so she decided it was a problem that needed to be addressed. Karen first tried to help solve the problem by focusing on improving discharge education. “I learned that many parents don’t use a bulb syringe correctly. They squeeze it from the sides instead of the back, which results in weaker suction,” she says.

However, Karen soon discovered additional concerns with the bulb suction device used by many parents attempting to clear their infants’ noses. “Bulb suction devices are usually rinsed and reused several times, sometimes for a year or more, until the child learns to blow their nose and clear it independently,” Karen says. “But they are difficult to clean.” Out of curiosity, Karen cut open a bulb syringe that had been reused for only 24 hours and found mold growing. Uncovering this additional problem inspired Karen to seek new solutions for parents who needed to suction their infants’ noses.

In 2015, Karen realized that she couldn’t walk this journey alone. She needed a village, or at least a strong team. Karen started to share her idea with others and eventually gathered a network of three strong supporters who have helped her during every step of her journey. The first was a physician colleague who had experience with medical device invention, which also occurred as a result of a need he identified at work. “He became a mentor…he helped me brainstorm,” Karen says.

While volunteering at a free medical clinic, Karen connected with a second supporter, a medical student with experience in medical device design. The third member of Karen’s team was what Karen refers to as an “unlikely surprise”. She says, “I met a lawyer at a holiday party. I didn’t know he was a patent lawyer; I was just sharing my story. He listened, shared my enthusiasm, and then offered me a huge discount on any patent services!” Karen’s passion for her work, and for her invention, are palpable and contagious, which helped in gathering support.

Karen describes this part of her journey as one of the most challenging and most expensive. She had trouble finding a company who really “got” her idea, explaining, “The first company created a prototype that looked like a toy, and the second company created one that looked like a drill gun.” After spending several thousand dollars over 3 years hiring companies to develop prototypes that didn’t meet her expectations, Karen says the fourth company that she hired finally developed a workable device.

But first, a company

Karen explains that at this point, in 2016, she decided to form a company so she could put the patent application in the company’s name and protect herself from personal liability. She says that naming the company and creating the logo “were the best part of the business process”!

Karen points out that, despite what many people think, you don’t have to have an actual device to apply for the patent for a device, nor do you need to have trialed the device. “You file a patent for your idea…for the design of what you claim you are going to make,” she says. In October 2016, after her patent lawyer helped her confirm that no similar devices were on the market, Karen filed the patent application for her idea; then the waiting game began. The patent decision was received about two and a half years later, in July 2019. Karen explains that the decision was delayed by about 6 months due to some needed revisions on her application.

“My patent lawyer told me that only about 10% of patents ever make it to production because of funding challenges,” Karen says. Still, she remained optimistic, always believing in her dream. While Karen waited for the patent decision, she took advantage of the time by focusing on funding. She sought out other inventors both in and outside of the United States, networked with them, and made new connections from them. At one point, Karen was shocked when someone offered what she describes as “a good sum of money” in exchange for her prototype, but, in true dreamer fashion, Karen didn’t sell out. This was her dream, and she was determined to be the one to see it come to fruition.

Karen explains that approval from the Food and Drug Administration (FDA) is optional for her device because the device carries such a low risk of patient harm. She decided to opt instead for FDA registration of her device. “We did this because we felt it would increase our chances of one day getting insurance reimbursement for the device,” she says. “Having the device FDA registered will also likely help us with global marketing.” In September 2020, Karen hired a consultant to help her with the FDA application for registration. It’s pending product validation that will be completed after production.

Thus far, Karen has received some funding for her invention from family, her hospital, and a small state grant. “I have heard that you have to submit about 10 grant applications in order to have one be successful,” she says. Karen hasn’t let that point weaken her confidence or her motivation. She continues to seek opportunities to learn and to improve her chances of success as an inventor. In the last 2 years, she attended several business training courses and a 3-month, grant-funded leadership course called “How to be a CEO”. In 2020, Karen earned an honorable mention for an ANA Innovation Award, and she has been recognized by several local and state organizations. Karen remains as motivated as ever to see her dream to completion and continues to apply for funding for the next step—the production of her device.

Karen takes advantage of any opportunity to talk about her journey as a nurse innovator. Here are her key lessons learned:

Elizabeth Stone is a clinical assistant professor at UNC School of Nursing in Chapel Hill, North Carolina, and a pediatric emergency Nurse at WakeMed Health & Hospitals in Raleigh, North Carolina.