Once more unto the breach 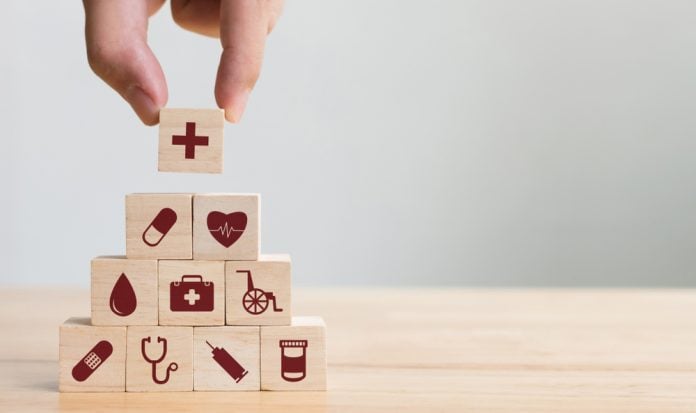 In Shakespeare’s Henry V (act III, scene I), King Henry, faced with overwhelming force, urges his soldiers forward: “Once more unto the breach, dear friends, once more; Or close the wall up with our English dead!”

Indeed! All we need to do is replace “English” with “uninsured” and it could apply to the Affordable Care Act, commonly called Obamacare. Once again:

1) The current health insurance market in most states can be downright inhospitable for older Americans who haven’t reached age 65. Since insurance companies don’t profit by paying medical claims, they often seek to sign up the healthiest people and keep out those likely to rack up big medical bills.

New Obamacare rules do away with a lot of the barriers older people face in gaining and keeping health coverage. Health insurers are prohibited from turning down anyone, regardless of their health or medical history—and they can’t charge them more than healthier people. Older people can’t be made to pay more than three times what younger people pay and women won’t see higher prices than men.

As many as 129 million Americans have something in their medical history that could qualify as a preexisting condition. Middle-aged persons are at greatest risk because they may well have developed a chronic condition by then.

2) Under current law in most states, health insurance companies are free to reject applications altogether or to charge sky-high rates to people with chronic health conditions or so-called preexisting conditions. Insurers can make older people pay five times or more compared to younger customers. Health insurers also can sell people plans that cover everything but the health conditions for which they will most likely need care.

Obamacare will cost everyone more—especially employers who can no longer afford to provide family policies. That’s why it is such a job killer.

3) Employer-sponsored premiums went up slightly due to Obamacare passage from 2010 to 2011 (a 1% to 3% increase, according to experts), because of added benefits, such as coverage for dependents up to age 26, free preventive care, and increased caps on coverage. Since then, premium growth has been 4% on average for 2012 and 2013—modest growth rates historically.

For those who buy their own insurance, it’s difficult to make generalizations about who will pay less or more. Many who had purchased on the individual market in the past will get more generous benefits. And the vast majority who buy their own exchange plans (80%, according to the Congressional Budget Office) will receive subsidies that bring their total out-of-pocket costs down. The average price for basic health coverage purchased on health insurance exchanges created by Obamacare will be $249 per month, not counting subsidies, in 48 states reviewed by the Department of Health and Human Services, according to a government report published Wednesday.

The American Medical Association is NOT against Obamacare. In fact, its latest bulletin urges doctors to help their patients get into it: “Acquiring affordable health insurance coverage can become a reality for many patients—including those who have been uninsured as a result of preexisting conditions or limited finances—as early as Jan. 1.”

The American Hospital Association (AHA) is NOT against Obamacare. As the Medicare News Group summarized: “With so much at stake, the AHA ultimately positioned itself as a partner in healthcare reform. After a series of negotiations, the AHA, along with two other hospital associations, agreed to accept $155 billion worth of cuts in Medicare reimbursements and other payments throughout the next decade in order to help the government fund other reforms. Recently, [AHA president and CEO Richard] Umbdenstock commented on the final legislation, saying, ‘We supported it, imperfect as it is. Now it is much more important to build on it and improve it.” (www.medicarenewsgroup.com/news/medicare-faqs/individual-faq?faqId=a7693994-8416-4824-ab6f-ab93ab3e7246)

The American Nurses Association is NOT opposed to Obamacare. Quite the opposite: “For decades, the American Nurses Association has been advocating for healthcare reforms that would guarantee access to high-quality health care for all. With the passage of the Patient Protection and Affordable Care Act (PPACA), millions of people have greater protection against losing or being denied health insurance coverage and better access to primary and preventive services.”

Unfortunately, many Americans have not received adequate information about the changes to come under Obamacare. Nationally and through its network of state affiliates and partnerships with patient advocacy groups, AARP is trying to get the word out to the over-50 set. It is expected that the Obama administration will devote a portion of its outreach and advertising to attracting older people and people with preexisting conditions to the new health insurance exchanges during their enrollment period, which runs from October 2013 through March 2014.

What more can we say? The legislation is not perfect, but it is far better than anything we have now.