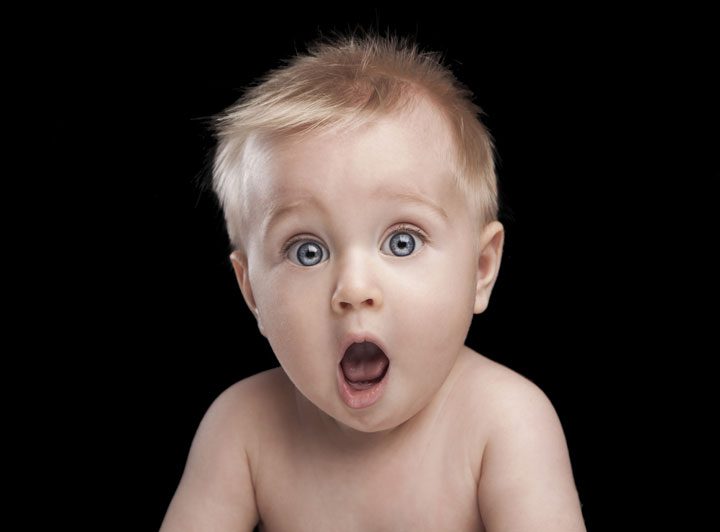 Baby deliveries in the emergency department (ED) always create quite a stir. But what if the ED stands in the middle of Florida’s largest retirement community, where those who are 50 years old are considered kids?

More golf courses than swing sets, more pinochle tables than gaming consoles, and a slew more shuffleboard courts meant dealing with an entirely different set of primary complaints in our ED. We could get a patient with an ST-segment elevation myocardial infarction (STEMI) from door to cath lab in under 9 minutes. We saw so many strokes that tPA was given as commonly as acetaminophen. Atrial fibrillation with rapid ventricular response, sepsis alerts, GI bleeds, respiratory failure — our staff was so homed in on these protocols that we made the contestants on “American Ninja Warrior” look weak. An obstetrics patient walking through our doors, however, generated a whole lot of rock-paper-scissors to decide the assignment.

I had a nursing student assigned to me when a woman in her early forties with abdominal pain wheeled into Room 37. As the woman intermittently writhed and moaned, the student and I took one look at her gravid abdomen, which told us all we needed to know. I launched into an obstetrical assessment.

What in the world was I talking about, the patient asked? She wasn’t pregnant. Well, yes, she hadn’t had a period in a few months, but she’d always been irregular. There was no way she could be…. My student and I made knowing eye contact.

A moment later the ED doctor came in with his scribe, followed by knowing eye contacts all the way around the room. I volunteered to put in the order for an OB ultrasound and to call the technician. We needed to get this patient transferred out. The doctor agreed, and I asked the student to get the patient undressed while I made the call.

When I returned no more than 2 minutes later, the student’s face had wild-eyed desperation all over it. You need to take a look, she mouthed, pointing tentatively to the patient’s nether region. After gloving up, I raised the sheet. A perfectly round head of dark hair crowned through the thinned labial curtain.

The next minute had an hour’s worth of activity crammed into it. Moments before, several coworkers had been sitting at the nurse’s station, with the ED doctor standing at the corner talking. But when I sent the nursing student out to corral some extra hands, not a solitary person could be found.

With my hand on the baby’s head to prevent an explosive birth, I told the patient to hold on. Perhaps not the most logical comment for me to make, but it was the first thing that came to mind. Then she said she needed to push. “NO, NO, NO, I admonished, PANT, PA…!” And then there was a baby shooting for the end of the stretcher, just like one of those pumpkin cannons at Halloween.

My hands were covered in vernix caseosa and blood, and there wasn’t a bulb syringe in sight. I flipped the baby over, cradling it in my hands like the CPR manikin in all those recertification classes I’d taken, hoping gravity would work for me. I found a three-quarter square inch spot on my right thumb knuckle that wasn’t gunked in goo, carefully pressed the button on my call device, and said, “Call ED charge nurse.”

When a nonchalant voice answered, I responded in like fashion. “I just delivered a baby in thirty-seven and could use some help.” There was a pregnant pause—a very good phrase to use here—before the charge nurse stammered a reply. “Uhh… you… what?” I heard another nurse in the background ask, “Did she just say she delivered a baby?” Had I not been rubbing the baby with the mother’s sheet, trying to stimulate its respiratory reflex, I would’ve enjoyed the comic interchange.

“I’ve got no bulb syringe, no blankets, nothing,” I answered. “I need some bodies here other than myself.” They must have been sitting on the counter in the charge nurse’s station because I heard feet hit the floor as they both yelled, “On our way!”

Then Room 37 exploded. I didn’t know that many people could fit inside a 12-by-12 foot space. A bright orange toolbox with NEONATE emblazoned on it was tossed on the counter. I’m pretty sure I saw a cloud of dust when they cracked it open. Someone else rolled in a neonatal warming unit, and I wondered what janitor’s closet that had been kept in because I had never seen it before.

No one could figure out how to turn the warming bed on. The neonatal kit had one umbilical clamp in it, but only one. Someone asked if we’d gotten an APGAR score yet. I looked at the doctor as he and I tried securing a small hemostat someone volunteered onto a fat umbilical cord. The feet were still a little bluish. I shrugged my shoulders. “Nine?” I said, thinking, yeah, nine sounds good. The doctor shrugged back, so I looked at the documentation nurse and said, “We’ll go with nine.”

Did I mention we were a crackerjack team when it came to STEMIs, stroke alerts, and sepsis?

In short order I called report to the hospital we were transferring the patient to. Had the mother taken prenatal vitamins? Not a question we’d asked. Had she had prenatal care? Not likely. Then she asked if we had conducted an “XYZ”, using a term I was totally unfamiliar with. If the nurse had asked me what the NIHSS score was on the stroke patient I had prior to this patient, I could have given her each one I’d charted every 15 minutes and then some. We were lucky we even thought of the APGAR.

What did we learn from all this? A lot of obvious stuff like routinely checking inventory for specialty kits and discussing equipment storage during a huddle.

And I can tell you that nursing student, who stood wide-eyed tucked in the corner of Room 37, told all her fellow classmates what a great time she had in the ED. Every nursing student for the next year did a fist pump when they learned they were assigned to me, as if I had some magical power for conjuring impressively memorable ED rotations.

They were all stuck with STEMIs, tPA, and diltiazem drips, though. Just the usual.

Deb Burton is an interventional radiology staff nurse at UF Health The Villages in The Villages, Florida. Her previous experience includes 10 years as an ED nurse.