It’s a good time to be a nurse. Not since Florence Nightingale defined modern nursing by reducing infection during the Crimean War have nurses been so valued— and sought after—for their expand- ing knowledge and skills.

“I consider nursing to be your gold card to the world,” says Beverly Malone, PhD, RN, FAAN, chief executive officer of the National League for 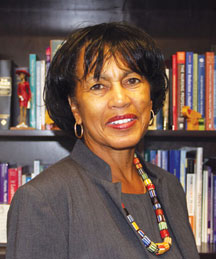 Nursing. “An RN license has prestige. It means you can go almost any- where you want in the world and find a meaningful job.”

For men and women entering the nursing profession or advancing their nursing careers, today’s educational and professional opportunities are greater than ever. They can:

And they have more ways to fund their nursing education, too, from undergraduate to master’s degrees and doctoral programs. Funding options include scholar- ships, private foundations, grants, government funds, and traditional school loans. (See How to fund your nursing education.) 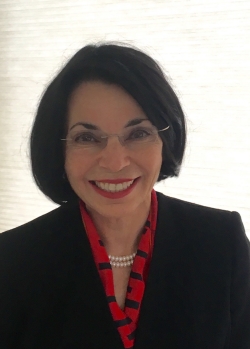 The Affordable Care Act, cutting edge healthcare technology, and medical advances are carving out new roles for nurses that transcend traditional boundaries of who nurses are and what they do. Nursing edu- cation is changing to suit these roles.

“We’re at a different point in history,” states Carol Toussie Weingarten, PhD, RN, ANEF, associate professor at Villanova University in Pennsylvania. “The body of nursing science grows by the minute, and nursing education has evolved accordingly.” Weingarten is president of the board of trustees of the Foundation of the National Stu- dent Nurses Association.

Nursing is unusual in that you can enter the profession in multiple ways and new career paths are created continually. No longer are all nursing students youthful 18-year-olds. Many are older second-career individuals who hold bachelor’s degrees in dis- ciplines other than nursing. 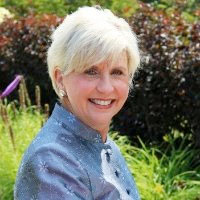 Leading nursing organizations, along with the Robert Wood Johnson Foundation, are designing new nursing tracks that provide seamless academic progression. The most promising models are based on strong partnerships and collaboration between community colleges and other colleges and universities, according to Donna Meyer, MSN, RN, ANEF, chief exec- utive officer of the Organization for Associate Degree Nursing (OADN).

One of the first questions you need to ask yourself when deciding if nursing should be your first career is whether to start with an associate degree in nursing (ADN) or a bach- elor of science in nursing (BSN). Is a BSN necessary to practice nursing? Not yet. But nurses with BSNs have more job opportunities and greater career mobility and advancement. That’s why ADN nurses already in practice might want to consider go- ing back to school for a BSN.

The 2015 progress report on the Institute of Medicine’s “Future of Nursing” calls for the continued goal of achieving an 80% BSN-edu- cated workforce by 2020. “For the first time in history, there are now more nurses with BSNs than with other nursing degrees,” says Susan B. Hassmiller, PhD, RN, FAAN, Robert Wood Johnson Foundation’s senior adviser for nursing. About 55% of the nursing workforce now hold a BSN. “People are seeing the handwriting on the wall and getting the message that nurses need more education because of the complexi- ty of health care.” 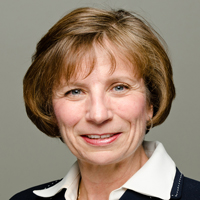 Hospital positions for ADN nurs- es are dwindling as healthcare or- ganizations strive for the 80% BSN goal. Hospitals with Magnet Recognition® rarely hire nurses without BSNs, largely because studies link better patient out- comes to a greater BSN workforce.

“When I talk to employers who are hiring nurses, they say they’re looking for nurses who have the big picture of the healthcare system and competencies that align with work across the continuum of care, including in the community,” says Hassmiller. “Those are the compe- tencies you develop with a BSN ed- ucation and beyond.”

The American Association of Col- lege of Nursing’s (AACN) website offers valuable resources for people seeking a BSN in nursing. It allows potential nursing students and RNs pursuing higher degrees to easily search for the types of schools and programs they’re interested in. AACN also operates NursingCAS, the nation’s only centralized application service for nurs- ing programs, which enables stu- dents to apply to multiple schools at once using a single application, says Juliann Sebastian, PhD, RN, FAAN, dean and professor at the University of Nebraska Medical Center 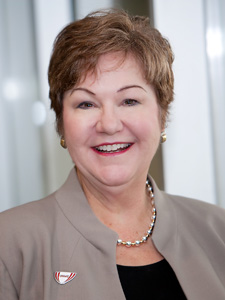 College of Nursing. Sebastian is chair of AACN’s board of directors.

Sebastian urges anyone planning to enter a nursing program to find out if it’s accredited by an agency recognized by the U.S. Department of Education, such as the Commis- sion on Collegiate Nursing Education. Other factors to consider include the program’s size, NCLEX pass rates, whether it’s private or public, and degree of faculty involvement with students. Villanova’s Weingarten recommends finding a respected, credentialed nursing program that’s a good match for the student—and one the student can afford.

Building on an ADN

Despite the push for more BSNs, ADN schools aren’t going out of business. “We can’t get to an 80% workforce without community colleges,” says OADN’s Meyer. For many people, an ADN program is the most feasible way to start their nursing education, especially if they lack the funds or time for a BSN program or live in a rural area with limited access to a BSN program, Meyer points out. Many students can’t easily leave their community. 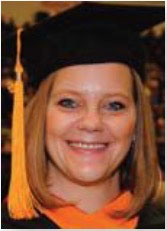 Jessica Williamson, BSN, RN, knew as a child that she wanted to be a nurse. But she wasn’t ready to pursue a nursing career until she was in her 30s and was married with three children. “Once my girls started elementary school, I knew I needed to do something for me,” says Williamson, who lives in Chicago’s northwest suburbs. She chose nearby Elgin Community Col- lege, where in 2 years she obtained an ADN and passed the NCLEX ex- am. Her decision to go to a com- munity college was based on cost, location, and program duration.

Williamson says her instructors stressed the importance of getting a BSN degree. So within 2 years of passing the NCLEX exam, she en- tered a BSN program at Benedictine University, a private Catholic col- lege in Illinois. She graduated in 2015 with honors. 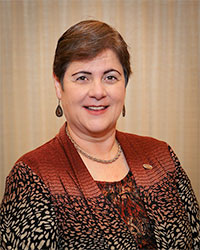 Patricia Smart, MN, RN-BC, CNE, president of OADN, says nursing programs are making it as easy as possible for nurses to
obtain higher degrees. “There is more collaboration between community colleges and four-year programs than ever,” she says. Smart is a pro- fessor of nursing at Delgado Com- munity College in New Orleans.

“The growth of online nursing programs is one of the biggest changes in nursing education in recent years,” says NLN’s Malone. “Physical location no longer poses an obstacle for anyone who wants to enter a nurs- ing program and is disciplined enough to study at home.” 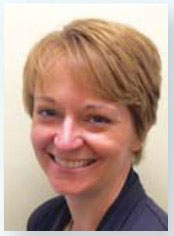 Laurie Sabol, BSN, RN, an experienced critical-care nurse who lives near Chicago, had a degree in journalism and was working as a freelance writer when she decided to enter nursing. When her two daughters reached their late teens, she enrolled in a local nurse practitioner program because it would give her more autonomy as a nurse. The program offers both on- line and traditional face-to-face class- es. “I was leery of an all-online pro- gram at first,” Sabol states. But she’s finding she enjoys and learns from both online and face-to-face classes.

Accredited online programs can provide an excellent nursing educa- tion, but students should research the program they’re interested in before applying to the school or accepting an offer, the educators in- terviewed say. “Online programs must meet the same standards as brick-and-mortar schools,” AACN’s Sebastian emphasizes.

Other factors to consider are how an online program fits into the student’s lifestyle and whether the student is self-directed and can communicate and learn in an on- line community, she says.

Fast track to a graduate degree

Today, a lawyer who wants to be a nurse doesn’t have to start from scratch. She or he can enter an accel- erated nursing program and earn a BSN in 2 years or even sooner, de- pending on the program—or can ap- ply to an even more accelerated pro- gram that bypasses the BSN and goes directly to a master’s degree. And some fledgling nursing programs would even let that person bypass both the BSN and MSN programs to obtain a doctorate (PhD) in nursing.

Hassmiller would like to see many more nurses take the fast track straight to an MSN, doctor of nursing practice (DNP) degree, or PhD without stopping to gain clini- cal experience (as many do) if they intend to pursue higher degrees eventually. Once a nurse enters the workforce, returning to school can be hard. “Don’t step out,” she says. “There are different ways to get clinical experience other than hav- ing a full-time job if you truly want that advanced degree.”

Weingarten points out that many nurses may not want to gain higher degrees and that clinical practice is a career goal many nurses find sat- isfying. Many hospitals offer clini- cal ladders or shared governance models as avenues for nurses to continue to learn and advance in their roles.

Advanced practice degrees (mas- ter’s, post-master’s, and doctoral degrees) in a nursing specialty are the most common types of ad- vanced degrees. Nurses with these degrees work as nurse practition- ers, clinical nurse specialists, nurse- midwives, and nurse anesthetists. As their roles change along with healthcare delivery, they’re more in demand, particularly as primary care providers. The newest ad- vanced nursing degree, the DNP, has been extremely successful—to the point where many more nurses now are enrolling in DNP pro- grams than PhD programs.

“One of our benchmarks from the Institute of Medicine is the need to double PhDs by 20/20,” Hassmiller states. “At the Robert Wood Johnson Foundation, we’re looking at funding nurses who want to be PhD scien- tists and academic leaders. We need scientists who are on a par with those in other health disciplines.”

Although Hassmiller encourages nurses to gain advanced degrees quickly, she recognizes this isn’t possible for everyone. But that doesn’t mean they can’t eventually obtain an MSN or DNP. “Go ahead and start,” she recommends, “even if it’s with baby steps.”

Janet Boivin is a freelance writer in Illinois.