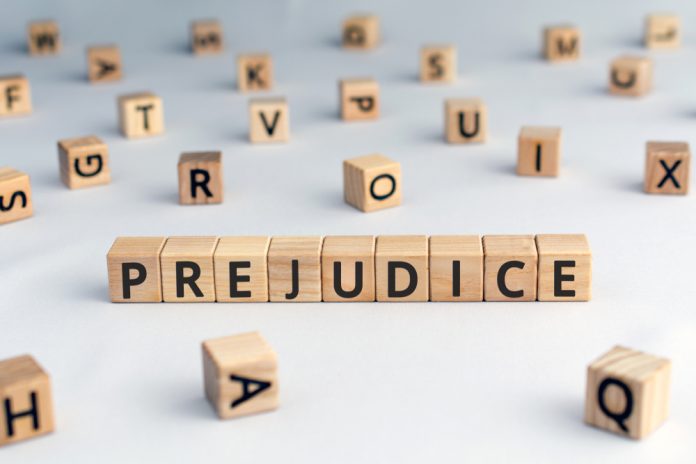 Recent crises have led to a renewed focus on disparities in health care and social status among those who belong to minority groups. Yet despite educational and political efforts, implicit bias against patients who may be marginalized by virtue of their income, ethnicity, gender identity or immigration status continues. Both intentional and subconscious relational aggression towards minority groups from their healthcare providers has been well documented in a systematic review by FitzGerald and Hurst.

What has been less well studied is the reverse scenario—situations where patients are prejudiced toward the employees assigned to care for them. In particular, nurses, who have more direct patient contact than other health professions, are often exposed to egregious behaviors that range from subtle comments and snubs to outright rejection. This is different from the overt physical and verbal violence patients display toward nurses in emergency and psychiatric settings and less amenable to interventions designed to deescalate or prevent conflict.

Patient Prejudice Toward Providers or PPTP (a term coined by Andreae, Sood, and Dellasega is a dynamic where physicians, nurses, and other healthcare workers are treated with bias and discrimination based on their gender, ethnicity, faith tradition, or country of origin. These covert behaviors and subtle microaggressions can lead to an ethical dilemma because they are often difficult to recognize and validate. When patients demand to know “Where are you from?” as soon as a nurse of color comes into the room, they could be either curious or suspicious, but interrogating a nurse in a hair covering or requesting a replacement for a male nurse are more obvious transgressions.

While some institutions have specific anti-discrimination policies that protect employees as well as patients, nurses often have mixed feelings about enacting them. Refusing to continue caring for a patient who manifests PPTP is a challenge for all healthcare workers, but raises significant moral injury for nurses as the most trusted (that is, honest and ethical) profession.

Health professionals aim to “do no harm” and provide unbiased care for all patients. This often leads to  caregivers  being unnecessarily subjected to  abusive behavior by patients and families. Alternatively, is it moral to insist on caring for someone who has expressed a request that you not do so?

In a preliminary study of resident physicians and fellows by Andreae and colleagues, PPTP was examined, revealing a variety of aggressions toward providers who were “different” from their patients in terms of skin color, appearance, or language. PPTP was manifested through patient behaviors such as overt comments about where the provider was born or educated, the patient “ignoring” the diverse provider on rounds, and/or requesting an alternative provider. One individual recalled being treated with such hostility and suspicion by the parent of a sick child that it was difficult to complete an initial assessment.  Another described having to intervene and “protect” a minority background student who was being subjected to “drilling” about their background by a patient. These patterns were most noticeably directed towards women, who were assumed to have lesser status or an appearance or attire that invited commentary. In addition, managers are often requested to rearrange staffing assignments so that a patient does not have to interact with minority caregiver.

As a profession that remains predominantly female, nurses can be perceived in a similar perspective of “less than” their male counterparts. However, this also leaves the male minority of the profession to be targeted by unacceptable gendered behavior, adding to a bias that may prevent men from entering the profession.

Nurses face varying dynamics of racism and bias in their vulnerable positions. There needs to be an open and inclusive discussion about the ethical aspects of this issue, incorporating an individual, organizational, and international level. In addition, we suggest the following:

Several studies (see reference list) have documented that medical and nursing students are especially vulnerable to PPTP and reverse prejudice—not only from patients but classmates and instructors. Other work (for example, by Wheeler and colleagues) has identified situations where colleagues were either the impetus for disrespectful behavior or passive observers. These issues are equally important since they give rise to ethical concerns around professionalism and power differentials—and they often involve relationships that cannot be terminated or exited. A separate body of study should examine these challenges as well.

Awareness of the painful and destructive consequences of racism and other forms of discrimination is at a crescendo. Nurses are now in a position to be part of an international dialogue that questions the acceptability of continued silence or unified action on an ethical challenge that has the potential to damage the lives of both individuals and the profession at large.

Cheryl Dellasega is a professor in the college of medicine, Doerthe Adriana Andreae is a physician for Penn State Health, and Robert Boesch is a vice president of surgical services in Hershey, Pennsylvania.