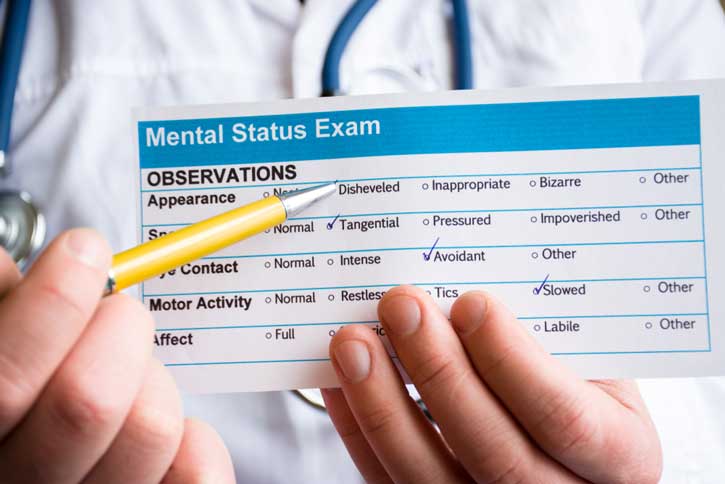 Leaders can advocate for changes to reduce ED boarding and crowding.

IN SEPTEMBER 2012, in Update 2 to the Comprehensive Accreditation Manual for Hospitals, The Joint Commission published revisions to Leadership (LD) Standard LD.04.03.11 (the patient flow standard). The revision, which went into effect January 1, 2014, is primarily directed toward a hospital’s record of boarding psychiatric patients. The Joint Commission defines boarding as holding patients in the emergency department (ED) or other temporary location after the decision to admit or transfer has been made, and recommends that, in the interest of patient safety and care quality, boarding time shouldn’t exceed 4 hours. Unfortunately, the boarding of psychiatric patients remains a problem in the United States. Boarding relates to another complex issue that has become something of a debate—whether there are enough private and public psychiatric beds. In Michigan, for example, the last inventory showed about 1,424 licensed private adult and adolescent psychiatric beds and an estimated 800 public psychiatric beds. But mental health professionals say many of those beds are either occupied or otherwise unavailable, sometimes for hours, days, or weeks.

Leaders create an organization’s climate, which is the factor that contributes most to the boarding of

psychiatric patients. Organizational climate precedes and informs the organization’s culture and directly or indirectly impacts every member. If boarding psychiatric patients is a problem in an organization, leaders can authorize cognitive, neuropsychology, and emotional intelligence studies to provide additional scientific rationale for how they can effectively approach attitudes that contribute to it.

Experts suggest that hospitals use a predetermined triage system or scale to ensure timely and appropriate psychiatric patient evaluation and treatment. The Psychiatric Medical Clearance Checklist developed by Illinois emergency and psychiatric physicians is one possible source. Another is the New Jersey Hospital Association Consensus Statement: Medical Clearance Protocols for Acute Psychiatric Patients Referred for Inpatient Admission. Perhaps most important is that the triage system be both accepted and consistently used, which is best accomplished by established institutional policies.

As leaders seek solutions to this vexing issue, they’re stymied by the lack of universal ED performance metrics that could give them the data needed to better understand and manage their operations. Not too long ago, the Robert Wood Johnson Foundation’s Urgent Matters Learning Network II initiative hospitals were the first in the United States to field-test ED standard performance measures. Urgent Matters began as a 10-hospital collaborative that provided breakthrough research on patient flow measurement and improvement.

The Agency for Healthcare Research and Quality offers a comprehensive guide to improving patient flow and reducing ED crowding, which has become a widespread problem for two main reasons: emergency medicine is the only specialty in the “house of medicine” that has a federal mandate to provide care to any patient requesting treatment, and primary care providers are in short supply, forcing sick people to seek care in EDs. Crowding (particularly boarding), once seen as an “ED problem,” has become more appropriately recognized as a “hospital problem” related to factors beyond the ED’s doors. This realization has led many regulating agencies to launch corrective attempts, some of which have been effective. Reduced ED crowding and boarding times are now considered measures of organization success.