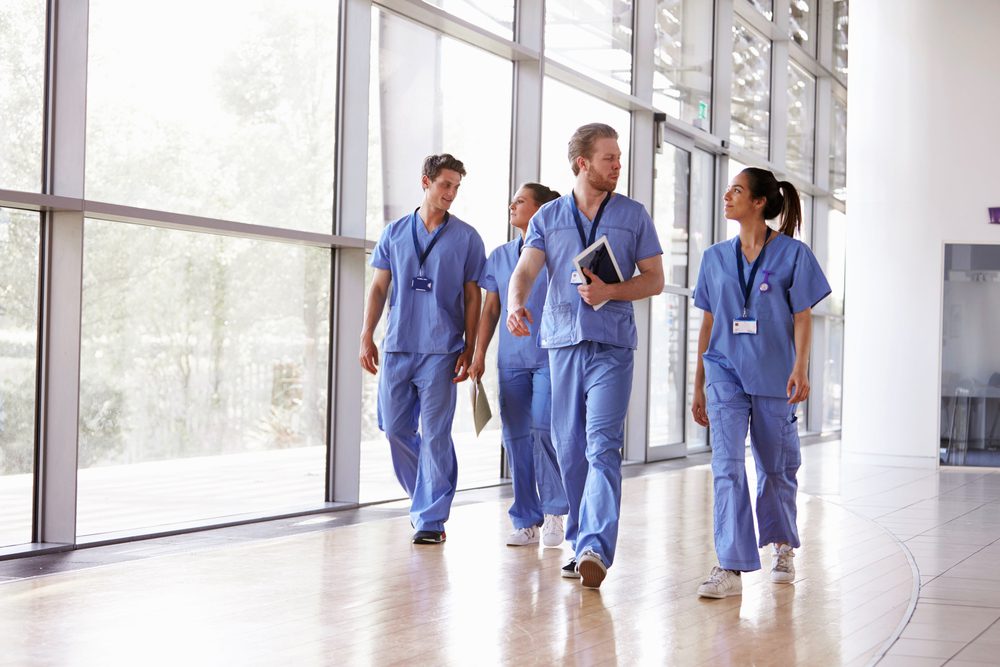 I recently spent one summer working as a clinical instructor in a course that required 12-hour experiences on a very busy inpatient floor. As any clinical instructor, student, or floor nurse knows, clinical days can be long, confusing, and often chaotic. Each day I met many wonderful nurses—some had been in practice for years and others were recent graduates. In either case, it was a pleasure pairing them with students who would benefit from their knowledge, skill, and experience. As we spoke throughout the first few weeks of the clinical experience, we couldn’t help but compare notes on our own experiences during our prelicensure and graduate programs. And as is often the case when a group of nurses come together, the conversation drifted easily from topic to topic, including how much nursing practice, medical equipment, and especially nursing education has changed. One nurse shared several “used to be’s” and was proud that she could still calculate I.V. drip rates with the help of her trusty watch with a second hand and provide medications as accurately as any pump on the market.

While eating lunch with several instructors, students, and faculty one day, I was surprised to learn how many seemed uncomfortable at the mere mention of nursing theory. This aversion seemed to be deeply rooted in bad experiences with the subject during their education. I was a bit puzzled by this; nursing theory was one of my favorite courses during my master’s in nursing program. As our capstone course assignment, each student wrote a 30-page paper that fully explored the origins, philosophy, and practical applications of a selected nurse theorist. I chose Betty Neuman, creator of the Neuman Systems Model, which had deeply impressed me as a holistic, systems-based approach to patient assessment and care.

When I was in school, the internet was much less developed than it is today and wasn’t viewed as a very credible source of information. Nonetheless, I typed “Betty Neuman” and then “Neuman Systems Model” into the search bar and was surprised when her contact information appeared in the results. I took a chance, called the number, and was completely surprised when Betty Neuman herself answered the phone. I also was so nervous that I nearly hung up, but I rallied to introduce myself as a graduate student researching her model. Dr. Neuman was incredibly gracious and spent the next 45 minutes sharing anecdotes on her international travels and how she felt her model lent itself to interdisciplinary collaboration and care.

Dr. Neuman asked me about my paper, and I told her I’d be presenting it to the class in 2 weeks. I will never forget her response: “I don’t suppose you would want to take me to class, would you?” I assumed she was joking and laughed softly. But after she told me she lived only an hour from the classroom and was actually considering having someone take her to my class on the night of my presentation, I realized that she was serious. After a bit more discussion, she admitted that the plan might not be realistic but offered to address the class via teleconference. As approved by my instructor, I quickly made the arrangements with the university’s technology department.

On presentation day, with the whole class and instructor watching, I nervously dialed the phone to start the teleconference and was so relieved when I heard Betty Neuman’s dignified voice. She was extraordinarily generous with her time and spent more than an hour talking not only about her model but also about her thoughts on nursing theory in general.

At the end of the evening, the reality sunk in that I actually brought a real nurse theorist to class, albeit virtually. The experience was so fulfilling that it instilled in me an admiration for nursing theory and its application to daily practice. I’ve always been amazed when some nurses show apathy—or outright aversion—to the subject of nursing theory. Many say that they find the subject to be dry or uninspiring or that it invokes a painful memory of a paper or presentation that resulted in a less-than-desirable grade in nursing school.

Incidentally, my professor gave me a “B” on my presentation because she said that Betty Neuman did the presenting for me. Despite my mild objections, I knew further protest would be futile, so I quickly reconciled myself to the grade and celebrated what I instinctively knew was a milestone experience in my nursing education. After all, I brought Betty Neuman to class, and that somehow made the “B” seem quite tolerable.

As the years passed, I found myself in the role of nursing instructor and taught a class entitled “Nursing theory and professional practice” to first-year, first-semester nursing students. From the outset, I was determined to present nursing theory in the most positive light possible. I demonstrated nursing theory’s relevance to both research and practice, hoping that students who go on to pursue a career in bedside nursing or graduate studies will have some positive experiences upon which to draw. Each semester, I shared my Betty Neuman story and encouraged students to remember to be as generous as she was with sharing knowledge and expertise with others. During encounters with former students, I was pleased when they told me that they remembered the story and felt it impacted them in a positive way, not only because of her generosity but also because of her model’s power in identifying stressors and their effect on patients.

Encouraged by these and other stories, I’ve engaged in a pursuit to rescue nursing theory from the grips of boredom, dryness, and ineffective classroom experiences. How could I accomplish this goal in everyday life and nursing practice? I adopt a nurse theorist of the day and encourage my students, graduates, and colleagues to do the same. Adopting a nurse theorist each day doesn’t mean spending time reading research-based articles (unless, of course, you feel a sense of passion to do so) or performing a recursive review of each of the theory’s basic tenets. Instead, celebrate the essence of a different theorist each day.

These efforts came to fruition during my recent long 12-hour clinical days with students. I hadn’t taught medical-surgical clinicals in a while and hoped my students’ hopeful eyes didn’t recognize my reticence. After a week or two of establishing an organized routine, during preconference I informed the students that we would be adopting a different nurse theorist each week and to be aware of the essence of that theorist as we performed our daily nursing care. As the weeks passed, I was uplifted by the discussions we had about Watson’s Carative Factors, Leininger’s view of transcultural nursing, consciously initiating an effective nurse-client relationship in tribute to Pepleau, and yes, assessing our patients’ stressors per the Neuman Systems Model.

By the end of the long, hot summer, I was surprised how effortless and fluid our conversations and thoughtful reflection had become as we drifted from theorist to theorist. Even more exciting was the fact that the students carried on these conversations with their assigned bedside nurses, some of whom actually popped into the conference room during postconference saying things like “I don’t remember nursing school being like this…there’s too much joy in this room!” and sometimes simply “You’re the best.”

We weren’t the best, but we were striving for excellence. One important way we did that was by remaining grounded in our nurse theorist of the day and channeling the essence of the works of Betty Neuman and her many distinguished colleagues.

I was invigorated by these clinical days and saddened when the summer ended. But it really hadn’t. I continue to adopt a nurse theorist of the day and encourage you to do the same, even if for just a few moments of meaningful reflection during a brief hallway conversation or elevator ride.

David Foley is an assistant professor of nursing at Case Western Reserve University in Cleveland, Ohio.