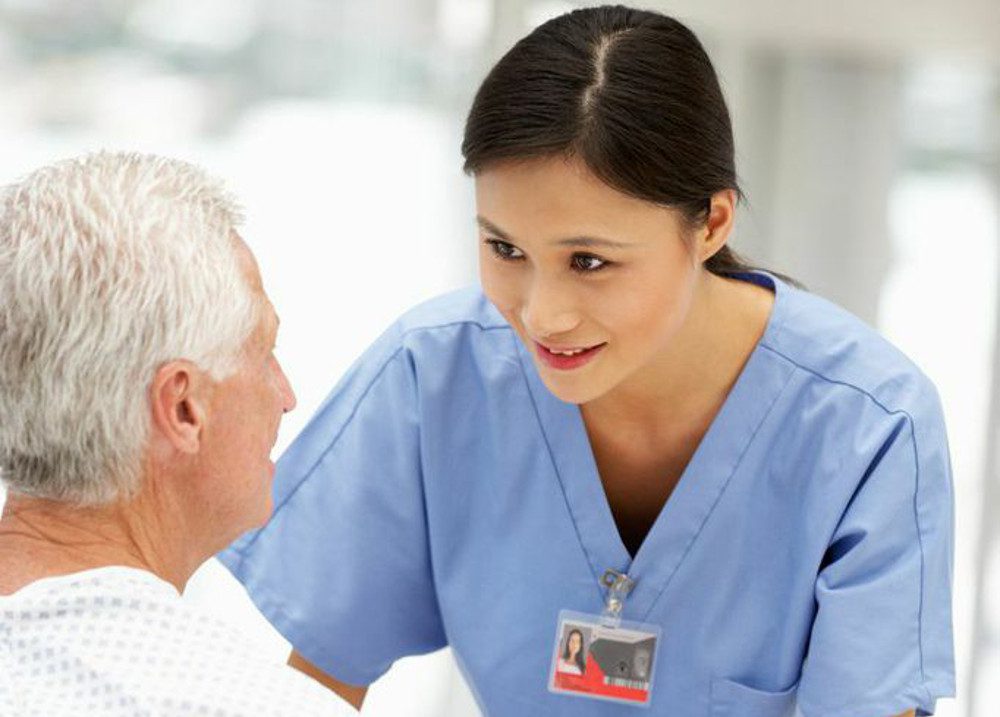 Eduardo Ruiz, a 70-year-old Mexican/American man was admitted to a California hospital for a urinary tract infection. At the time of his admission he was confused and restless, common symptoms related to his diagnosis and compounded by the fact that he understood only Spanish. The nursing staff caring for Eduardo were newly hired nurses who spoke very little English and no Spanish. Eduardo was “combative” when the nursing staff attempted to draw blood and start an IV for antibiotic therapy. Subsequently, the nurses asked the physician for a restraint order. The physician, whose first language was Russian and who also did not speak Spanish, ordered four-point soft limb restraints. The nursing staff applied the restraints and initiated medical restraint protocol. The nurses recorded at each daily assessment that the patient was awake and alert, but whenever they attempted to remove the restraints he would become agitated so the restraints were continued. The physician reordered restraints daily for 5 days, and although regular checks for circulation were performed, the patient developed a stage 3 pressure ulcer on his coccyx. After 5 days, a Spanish speaking translator was contacted, and the patient was able communicate through the translator that he could not understand why he was being held without his permission and why he was being tied down. He refused further treatment and demanded that he be released immediately.

A urinary tract infection (UTI) is one of the top five reasons that elderly people “become” confused. The more rapid the onset, the more likely you are dealing with a UTI.i It also has been noted widely that non-verbal communication, such as body language, voice tone and facial expressions relay great amounts of information to the cognitively impaired adult. If their ability to process verbal information is impaired, the way in which we use language becomes even more important than usual.ii In addition, restraints, while convenient, are more likely than not to increase both agitation and confusion for an elderly patient. “Patients may try to ‘escape’ or ‘resist’ care because they feel ‘lost’ and afraid…”iii And it appears that this is precisely what Eduardo tried to do.

The current standard is providing safe care without using restraints of any form, whether physical or chemical.iv Behavioral symptoms arise from neurochemical changes, as well as from comorbidities, pain, medication toxicity, unmet needs, or environmental factors. At the very least, it should be clear that the inability to communicate is key in this situation. While not all communication is verbal – words, and tone of voice are very important, and particularly so with a confused patient who is more likely than others to be afraid – its importance cannot be ignored. This is doubly true if you are causing the patient pain through insertion of needles and the like. Moreover, if you are both hurting and restraining a patient to whom you have explained nothing, he is more than likely to become “combative.”

The least restrictive alternative should be implemented when needed. Arguably, the use of four-point restraints could be considered the most restrictive alternative possible. “…use of the least restrictive restraint that protects the safety of the patient, renewal of the order for a time period not to exceed four hours for an adult, restraint free periods, physician or licensed independent practitioner daily evaluation of the patient before re-ordering restraint, continuous monitoring, and documentation of strategies to identify environmental or patient specific triggers of the target behavior.”v There is no indication that any attempt was made to comply with most of these restrictions on the use of restraints! One thing is crystal clear: no one communicated with the patient verbally, and even though repeated assessments indicated that the patient was “awake and alert” for 5 days.

Communication between health care professionals and patients is the source of many problems. And when a patient is confused, communication already is sadly compromised. However, the language barriers in this case further complicate matters—and yet no attempt was made to contact an interpreter. At the very least, an interpreter was essential for evaluation of this patients’ mental status—and for any attempt to explain his condition and treatment options.vi The patient had not been adjudicated incompetent, nor is there any indication that family members—or anyone else with the authority to speak for this patient – had been contacted for permission to treat.

“At common law, an intentional unpermitted act causing harmful or offensive contact with the “person” of another.”vii In my opinion, both the continued treatment and the continued restraints could—or perhaps should—be considered battery. Eduardo was treated without his consent. And he was harmed physically (he suffered from a full thickness skin loss with damage to, or necrosis of, subcutaneous tissue …viii and psychologically (“Restriction of autonomy can have adverse consequences for individuals of any age, but the elderly are especially sensitive to limits on personal freedom.”ix ).

It doesn’t take much to figure out what should have been done: an interpreter—augmented by family member (confused patients often are comforted by the voice of a loved one) —should have been involved before restraints were applied to explain care to, and to reassure, Eduardo. If that was not possible, then such person(s) should have been contacted as soon as possible, preferably within the four-hour window required before the order for restraints had to be renewed.

iThe top five causes of confusion in the elderly. http://www.listmyfive.com/6a7465c6/The-Top-Five-Causes-of-Confusion-In-the-Elderly. Accessed May 8, 2012.