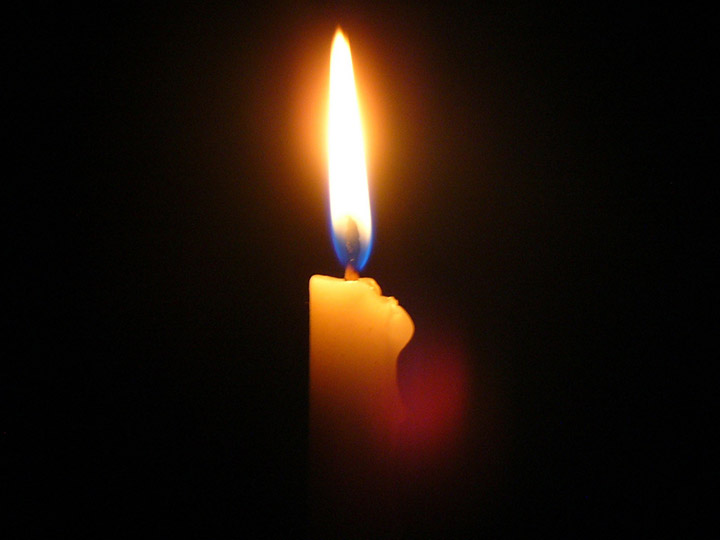 “We think she’s gone,” he said.
It was 6:20 p.m. I was walking down the hall on the med-surg unit, and turned to face a middle-aged man with quivering lips, his expression silently begging me to find a way to bring her back.
I swallowed hard, took a deep cleansing breath, and tried to give myself a speedy pep talk. But suddenly I felt completely unprepared. I’d picked up this 4-hour shift at the last minute to cover for a colleague. I’d never cared for this patient before. All I knew about her and her family was what the day-shift nurse had told me in report.

On top of that, I was a brand-new nurse, just days past orientation. Frantically, I tried to recall nursing-school lectures on death and dying, tried to remember what a nurse should do and say at a time like this. But as I stood face to face with a grieving son who’d just lost his mother, all I could think of to say was, “I am so sorry.” I put my hand on his shoulder and walked with him to her room.
Originally, the prospect of being there for patients and families at moments like this was what drew me to nursing. Fresh out of nursing school, I had visions of being a pillar of strength for others in times of desperation—a shoulder to cry on, a hand to hold, someone who could truly make a difference in their lives.
But after several weeks as a new nurse getting oriented on a busy cardiac floor, I was exhausted and disillusioned. As I scurried from room to room, I often wondered where I’d find the time just to finish my work, let alone make a difference. I was becoming convinced that nursing was simply a list of tasks to be completed by the end of a shift.
As I entered the room, the patient lay peacefully in bed surrounded by her three daughters. I expressed my sincere sympathy for their loss, then proceeded to confirm their suspicion that she’d died. As I discontinued her I.V. fluids and removed her oxygen line, I began to feel a heavy, awkward silence in the room and a gnawing sensation in the pit of my stomach. I wondered what to say or do, feeling frozen and overwhelmed.
Just then, the door opened slowly. To my surprise and relief, a familiar face peeked in the room: Terry. She’d been my preceptor for the past 10 weeks. During that time, I’d watched and learned from her, amazed by her proficiency and bedside manner. She made everything look effortless, always seemed to know exactly what to do. She was professional, collaborative, and caring. Though she’d been a nurse for decades, never once—not even for an instant—did she make me feel insignificant or inexperienced.
This time was no exception. On entering the room, Terry flashed me an understanding smile that said, “Don’t worry. We’ll do this together.” I was sure she’d offer a profound thought to soothe the grieving family, but instead she said simply, “I’m so sorry for your loss.” Then she warmly embraced each family member. When the youngest daughter began to weep, Terry held her tighter, stroking her hair and wiping away her tears.
The room fell silent again, but this silence was peaceful and powerful as a mother and her children shared a few last moments together. As I watched Terry put the family at ease as if she’d known them all her life, I was reminded of the power of the nurse-patient relationship, and thought about how privileged we are to witness and share in the defining moments—joyful or sad—of other peoples’ lives. Terry and her example of silent empathy had restored my faith in the true essence of nursing.

Alyssa McGraw is a Registered Nurse at Jordan Hospital in Plymouth, Massachusetts.